For the month of April we have disabled ads on all E-M content. We need 7 people to reach our goal of 3,000 active supporters. If we hit that, we'll continue with a new goal in May! 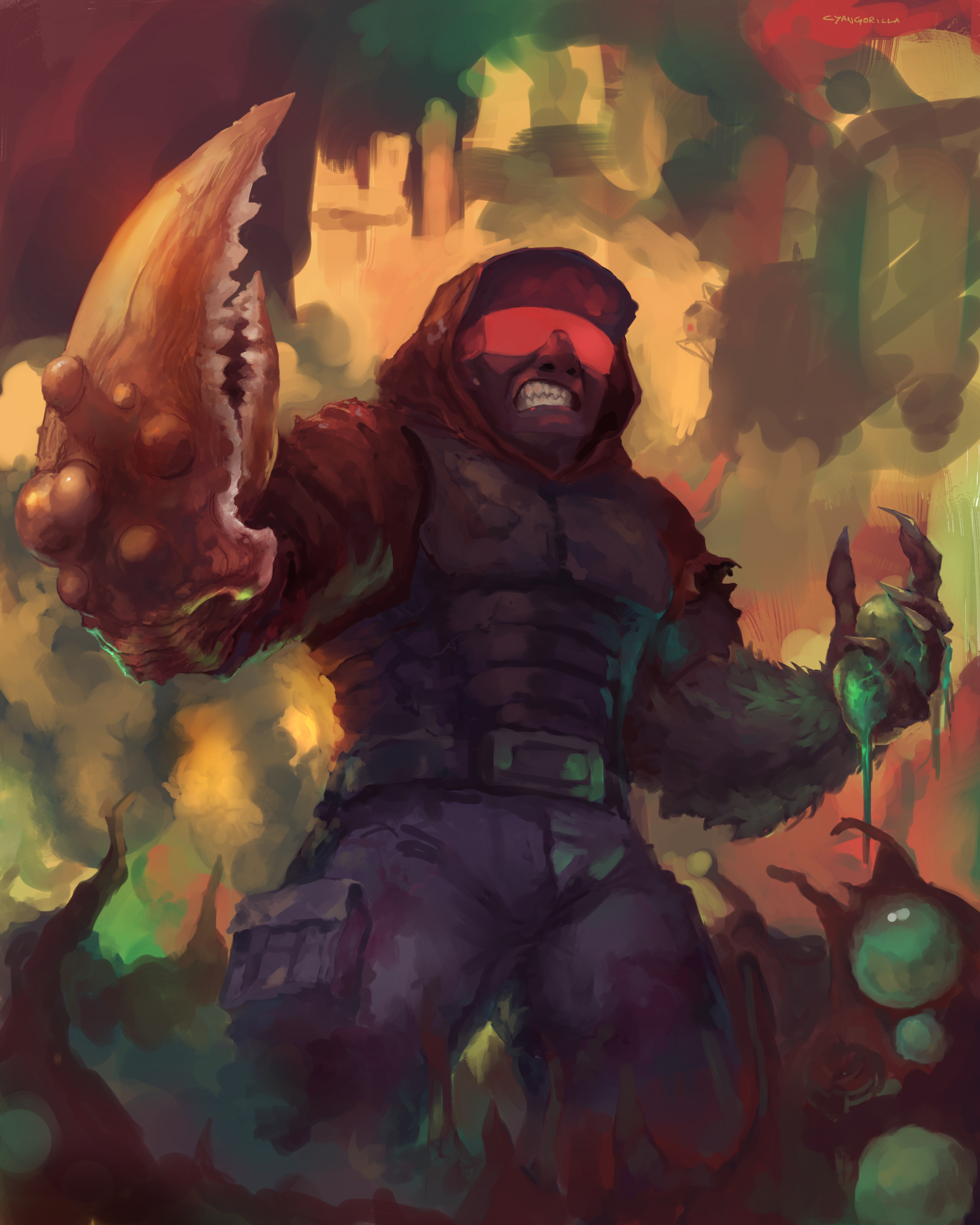 Nightmare Cops takes me back to my childhood, playing games like Ragnarok Battle Offline or Gunstar Heroes with my two brothers, all in the same keyboard (wasd, ijkl, numpad) or two on the keyboard and one with a Genius gamepad. It takes me back to a time when phones and social media were not a thing. Where machine learning algorithms didn't dictate the mood of the population or its public discourse. Where games were made for the player/s to have fun, to be challenged, to share moments, instead of a show of who can ruin the player's life the most. I want to play this game with my friends so bad, just a group of us hanging out together, sharing drinks and laughs.

So, I'm quite excited for the game.

The rest is a rant.

I've been thinking a lot about those days since I saw the trailer and got back to listen to old Sleepycasts where they mention it being in development; they talk about it with such pure passion. So I'll use it as a conduit to talk a bit about my thoughts on the internet in general and how I've experienced it. For those who don't care about it, leave now, I can't offer much to you past this point.

Lets be clear, NewGrounds is not the only place where independent creation is fostered; the indie market grows every year and that's pretty much the only kind of games I play (Hollow Knight being my favorite game of the 2010s). Regardless, I think this is a bastion of free expression, a place where I'll always come back to see how we are not actually as fucked as Jack and Mark would like us to feel. Yes, this is a site "stuck in the past" but: how is that a bad thing?

I've been using the internet for a bit over 15 years now, sharing my shit drawings for over 11 years. I used to post them everywhere, every forum I could find, but mostly to DeviantArt (I somehow missed NG, go figure). People there would tell you what about your picture was off, or be encouraging, or simply fav it and share it around. My overall experience was positive, I liked seeing my watchers grow (I would display them on my page), having people talk to me and replying in the most broken English/Spanish I've ever uttered.

When social media started showing up, I still wanted to share my drawings and angst-filled poems, but something had changed. I couldn't really pin-point it, but it was off. I wasn't drawing and then posting, I was sort of doing both at the same time; now I had people expecting stuff from me (or so I thought) and I had to deliver. This is pretty normal, but if you keep doing your thing, it will do well enough. Well, that would be the case if nothing interfered with the process of your "audience" getting to your work. And then I saw it. My facebook feed wouldn't show what I wanted to see nor would it show my posts to most of my friends and followers. In time, twitter became the same shit.

I started posting to NewGrounds on 2018, after the tumblr migration (another site that went the cancer route). I wasn't really affected by tumblr's new policy, but I wanted something that didn't stink of trackers and targeted ads. To my surprise, my posts were frontpaged. I didn't know what this meant (I still don't, is it organic or hand-picked?), but it made me smile. The rules here were clear, you post your work and it is visible to everyone in the portal and to all your "Fans". If nobody sees it or cares about it, that's not a problem caused by the system. And that's what made me fall in love with the site and why I push for it: it's not cynical, or hypocritical, or designed to depress you. It's an honest attempt at fostering creativity and hard work.

Hopefully it grows enough to fulfill its goals and everyone gets to see a side of the internet that has always been there, a site with no blue checkmarks invading posts and where the main point is to make your friends laugh, awe, or cringe, but never to put them down or to diminish them. A place with everything, by everyone.

*barfs due to corniness*

I love the art. It reminds me of doom a little bit.

As always, incredible work. And I'm with everyone else that appreciates your kind and sincere words on Newgrounds. I don't think I could agree with you more.

Just the other day I told @RobertCanStop101 "I kinda hope it gets so bad out there that it causes animators to flock to sites like Newgrounds. NG is really starting to feel like one of the last bastions of free expression."

EDIT* Gunstar Heroes was the shit back in the day. I play it every once in a while when I'm feeling particularly down and need a shot of childhood nostalgia. :)

I'm astounded by the artwork, but I'm more astounded by what you've written here on this one art post. I absolutely agree with you when you say that a system doesn't screw you over if someone doesn't see what you have created and posted.

Usually I like to keep saying that Newgrounds, albeit an old website that's stuck in time, is still such a great site for artists. Thanks for giving a more in depth reason as to why this is so, and more reasons to say why I'd recommend people to put their stuff on this place.

This is a beautiful piece of art as well as a great read! And to answer your one question - everything on the NG front paged is hand-picked.

I didn't know hollow knight started here, that's another one for the "History started at NewGrounds" wall.