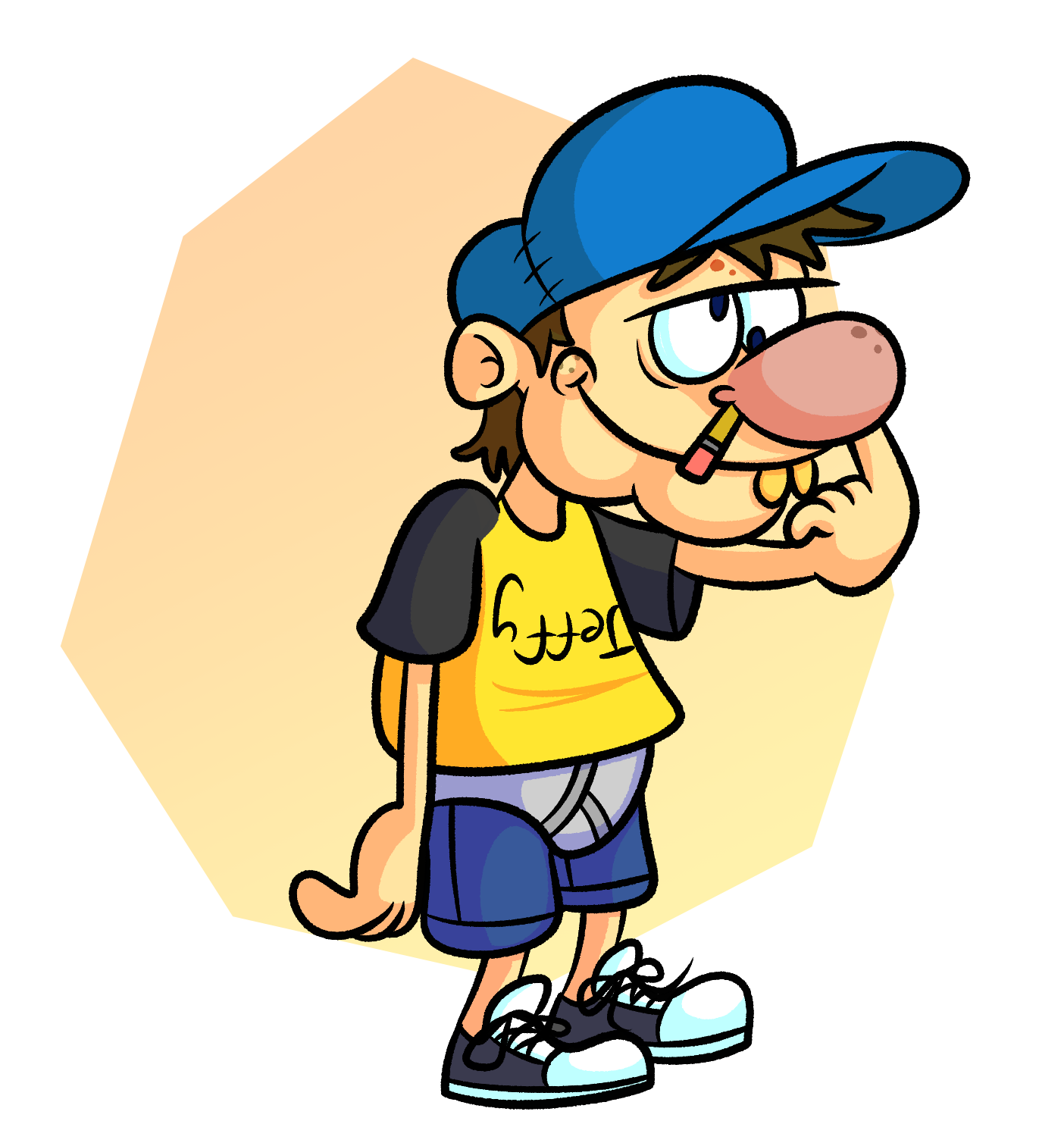 Before anyone asked, yes. I had to redesign SuperMarioLogan's stupid, hairless beaver of a puppet. So, here's how it goes.

I took the liberty of turning from an unfunny puppet character into a seemingly funny cartoon character. The design is inspired by the combination of Mario from the Super Mario series and Billy from the Grim Adventures of Billy and Mandy. Major changes include from the blue helmet to a simple blue hat, eyes no longer apart but closer to each other, the diaper has been changed into underwear, and he's got a big pink nose. The pencil is still intact since it is one of his most defining features.