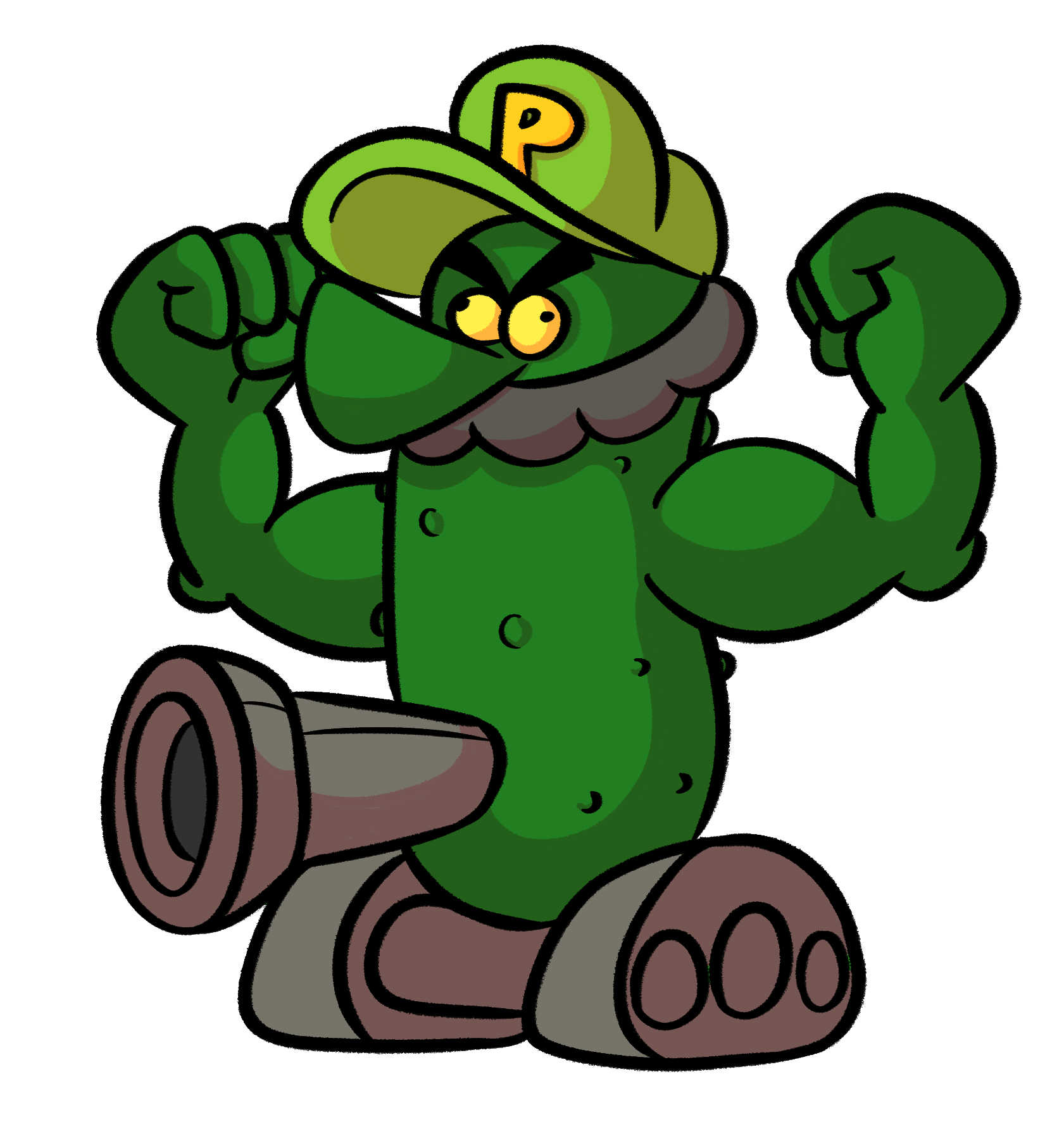 The Pickle Plumber Tank was a dumb inside joke in the Crispy Toast Server. We were playing a game called Civic Doodle and I and my friends were like in the final round. Apparently we had been task to make something... We ended up with a pickle... with a mustache... and with a large cannon and wheels.

Thus, Pickle Plumber Tank was born. It was intended to be a joke character where it can shoot explosive, juicy pickles out of its cannon while spouting out obnoxious catchphrases and even have a psychotic tendency to run over his victims to spite them. Also, it has arms. So step aside Pickle Rick and Shit Pickle, here comes Pickle Plumber Tank!!!