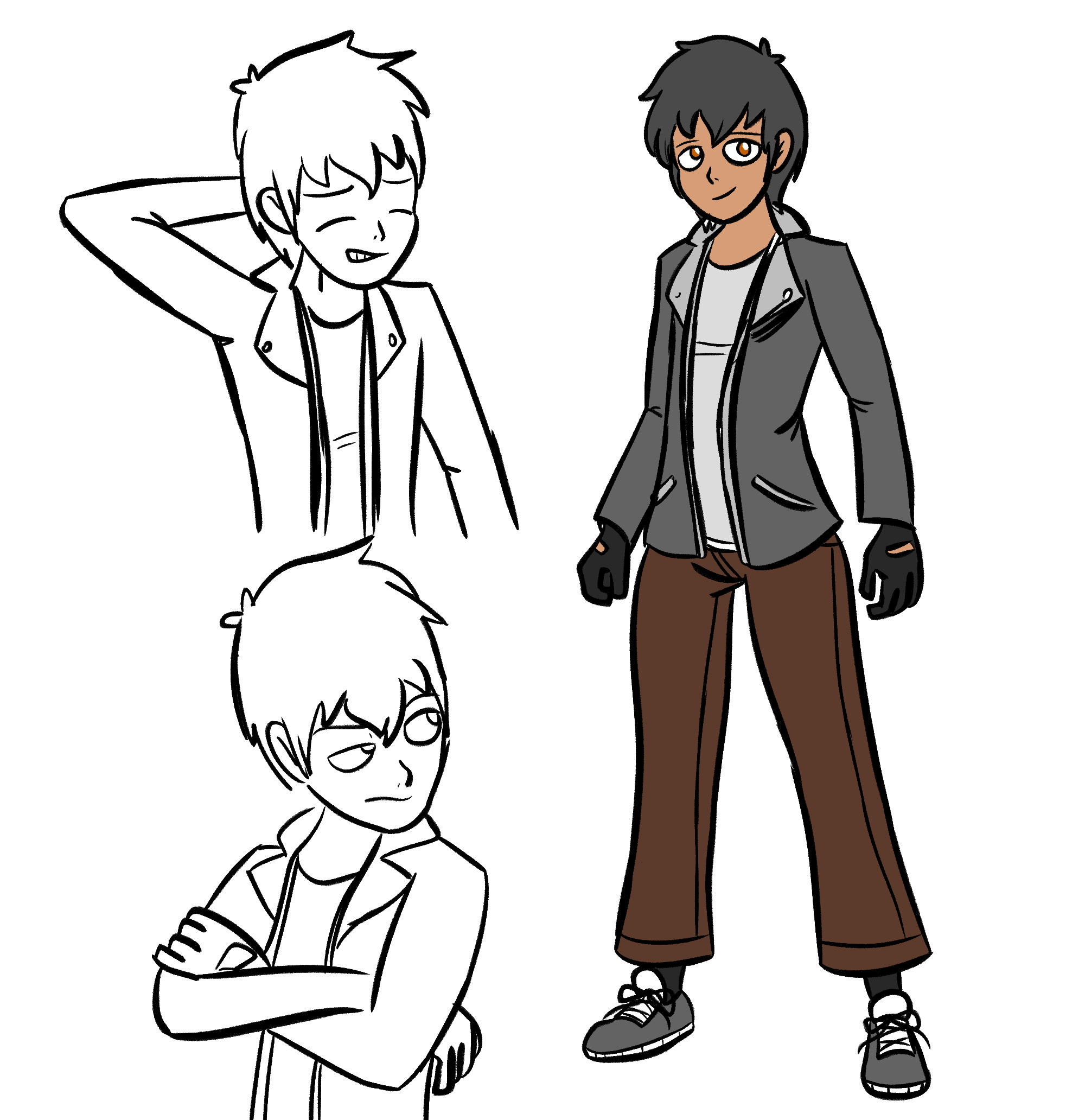 Ethan Corbain is a completely new character and a possible love interest to Leilanie. During the action side of the adventure, Ethan used to be a former member of the thug syndicate after having a rough childhood in the past. Let's just say that the former partners from that group are coming after him, and he had been on a run ever since. Joining Leilanie, he started a new life as a vigilante.

There's going to be some major changes. In this case, I may take both Leilanie and Kamora out of Heroes of Ore and give them their own series in a more urban setting. It's just that I've been kinda lost until this character comes along. Could this mean something I can conjour up with, or should I experiment a little more? We will see.