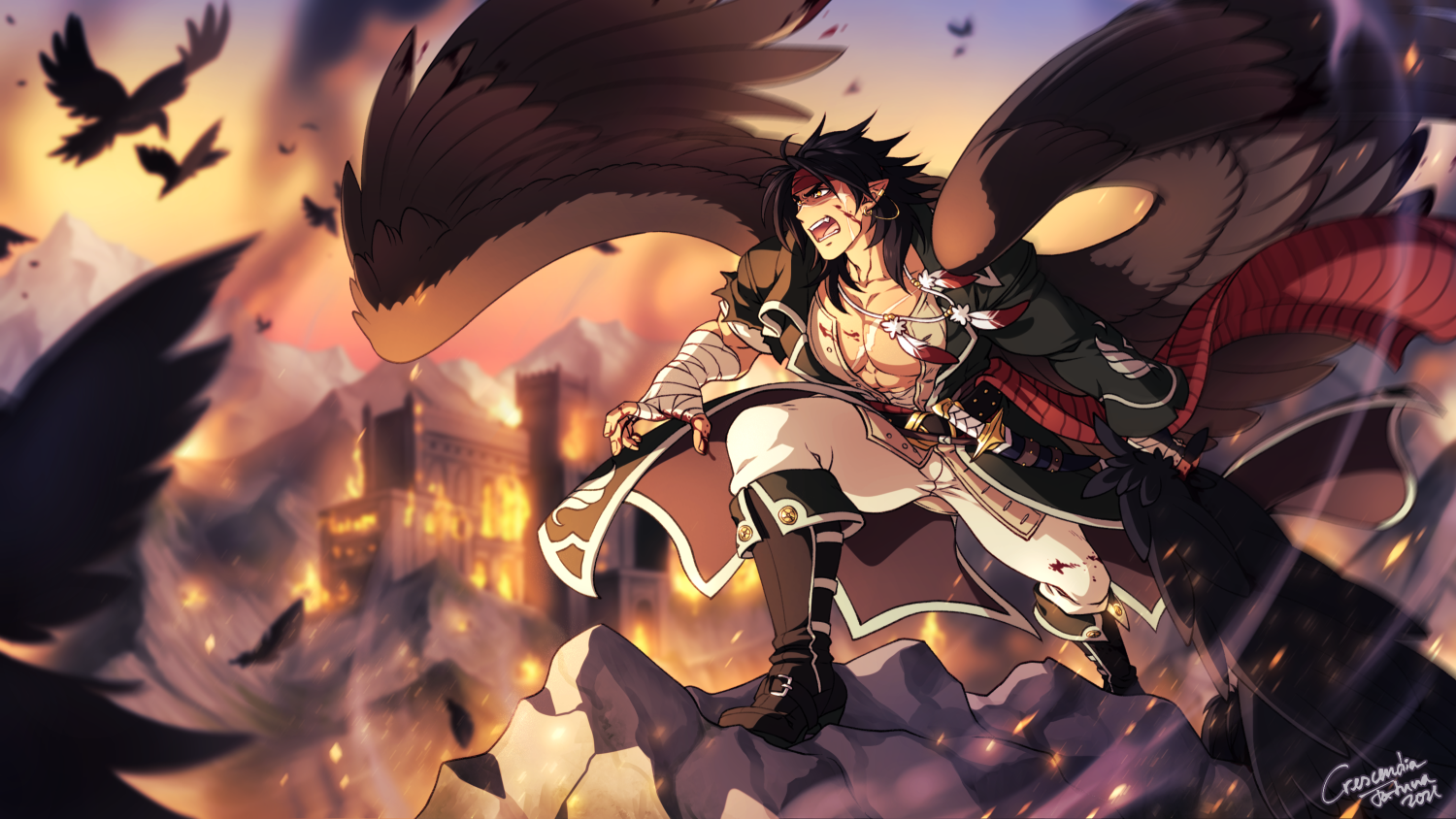 The fall of Phoenicis

This time I tried to draw a scene from FE Radiant Dawn itself, though it was only briefly mentioned in a couple sentences and didn't had any visuals or anything really.

The fall of Phoenicis.

It happened during the war of the laguz alliance agains Begnion, Kilvas betrayed the alliance and cooperated with Begnion, setting up a trap for Tibarn and his men.

They thought they would intercept a mere supply convoy, but it turned out it was Begnion's central army itself, and to make matters worse Kilvas forces where nowhere to be seen.

If I recall correctly it was Zelgius who gave Tibarn a hint that he should return home for more pressing matters, so Tibarn did, only to find out that Kilvas forces completely layed waste to Phoenicis.

I'm not sure if the ravens were already gone at the point where Tibarn arrived, or if he arrived in the middle of it, but for the sake of a cooler artwork I chose to draw the later.

In the end Phoenicis couldn't be saved, but Tibarn had the surviving hawks relocate to Gallia before returning to the frontlines of the alliance to resume the fight against Begnion.

Well then, hope you guys like this artwork, I'm certainly pretty happy about how it turned out ^ w ^