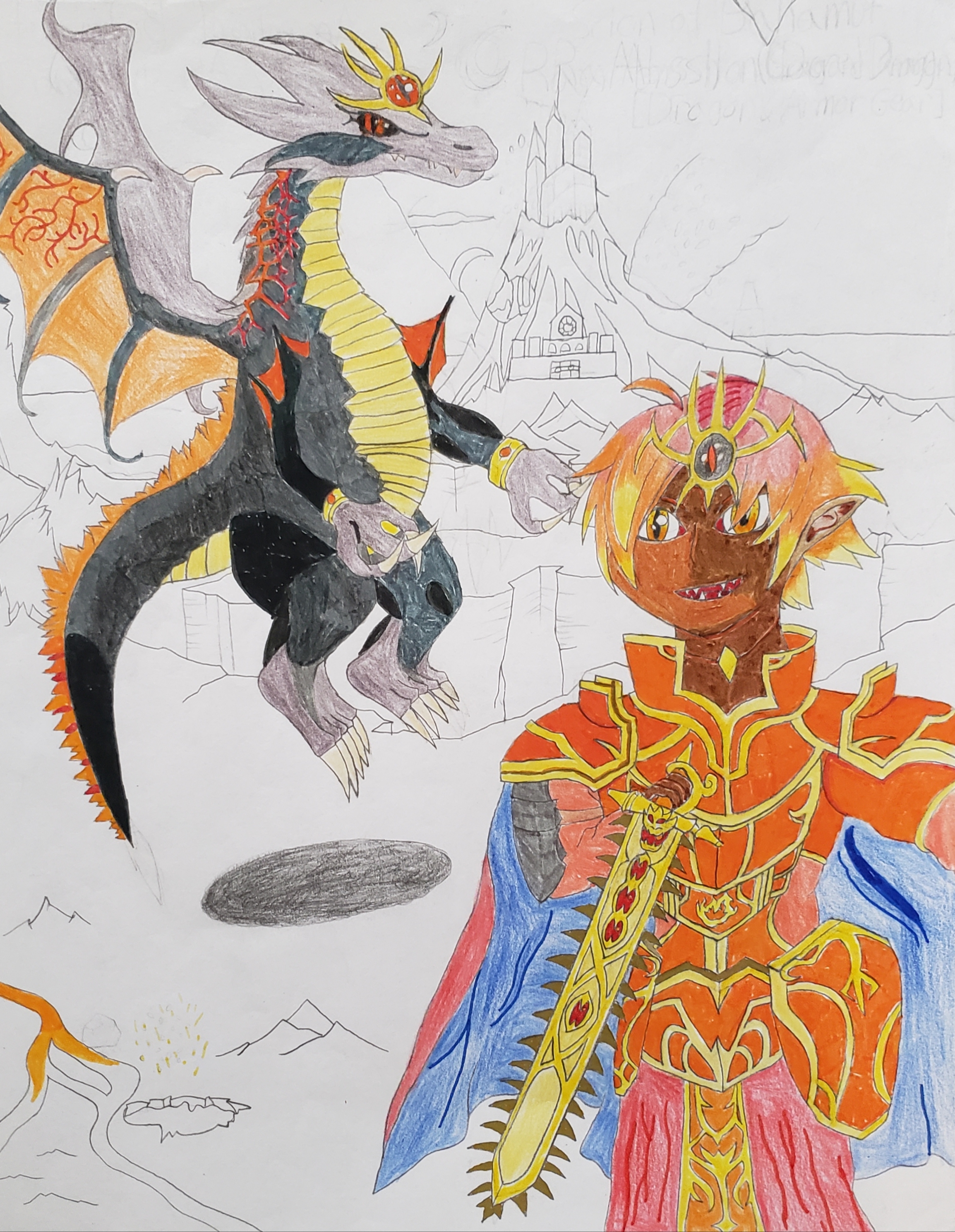 Description: Prince of the Manakete Kingdom of Ignarust that escaped d from the now dead planet Maltetarrah. After leaving his new home planet Celcees to help Soron, Ray has led his people, including his parents, to fronts they never knew.

On November 8 of 2019 when the Senators of Anailyth attempted to take out the Apostles in order to take control of making laws, Ray went to assist Maiserlyn, Soron's mom, in stopping the flank that was set up in the Magma Dragon's Mountain, Thestris Volcano. Senator Crel had his men cast Ray into the lava caves in order to end Mai's life. His dark skin now made darker due to his lava resistant body, Ray then found the blazing stone that held Bahamut. Freeing the dragon that both Angels and Demons feared, Ray was transformed by his new master, given flame and scale equivalent to this ancient dragon. Ray even took hold of a Golden Sword and Armor for his human form so that he isn't limited to the mana within. With these in hand, Ray blazed the path for his kind to fly ahead.