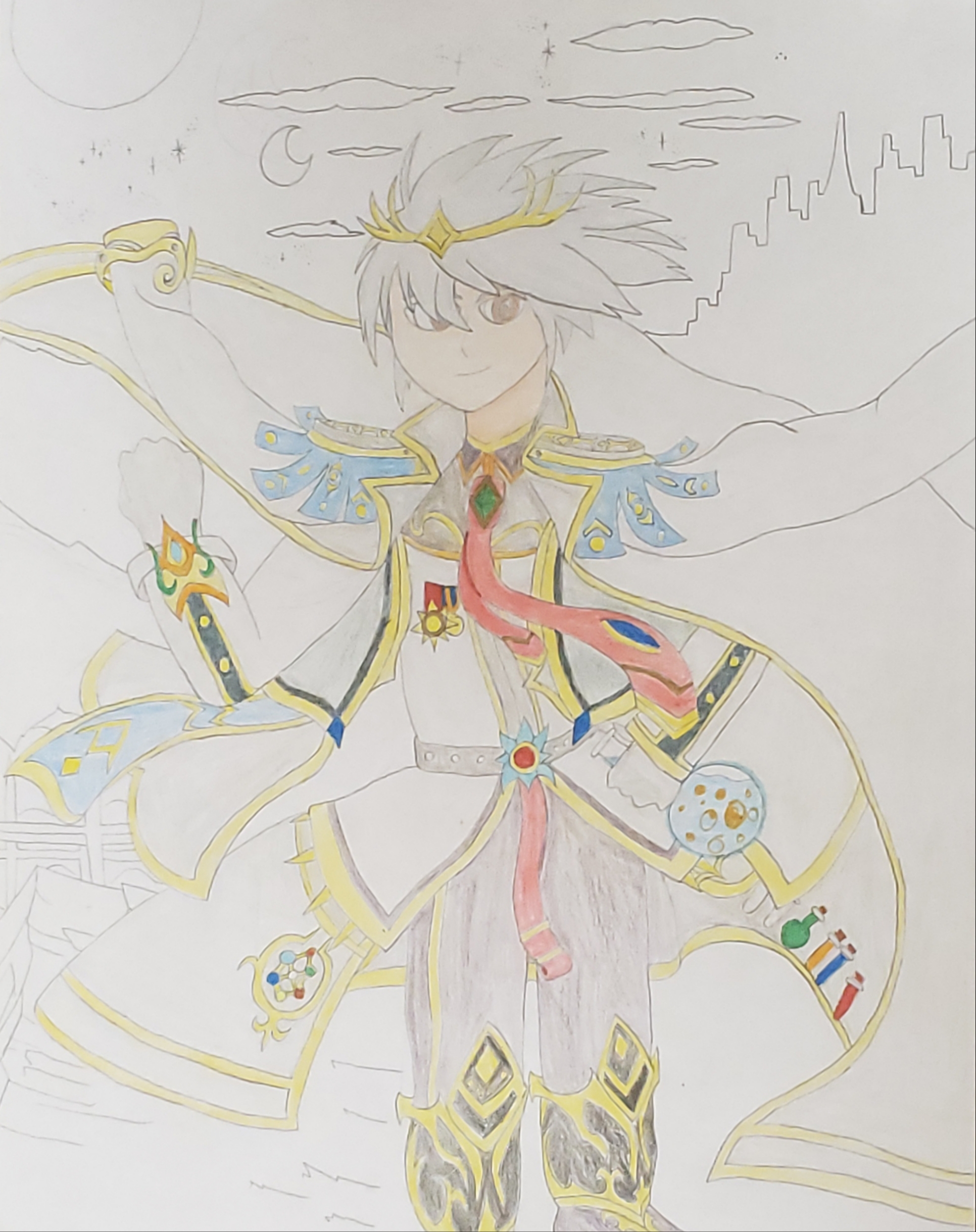 Equipment: Beakers, Test Tubes, and Flasks of medicine and chemicals

A talented doctor from the planet Zycomphil in the Keronises Universe. A white blood cell who has cured hundreds of thousands of patients from many planets, treating all kinds of diseases including cancer. Unfortunately, the lifespan of cells are much shorter than any human and Zeta met his end in the madness of an emotion of sin, Advarice. With the mercy of spirits and even God himself, Zeta was given a new human life. Starting at where his cellular self ended and separated Advarice from his sinful energy, making him no less than a human. Accepting the cries of his companion in Alchemy, Chemistry, and battles to come, Zeta fights with Tina, combining godly powers with the hardcoded laws of science. The duo became bound to each other and brought mercy and death to all things.