For the month of March we have disabled ads on all E-M content. We need 71 people to reach our goal of 3,000 active supporters. If we hit that, we'll continue with a new goal in April! 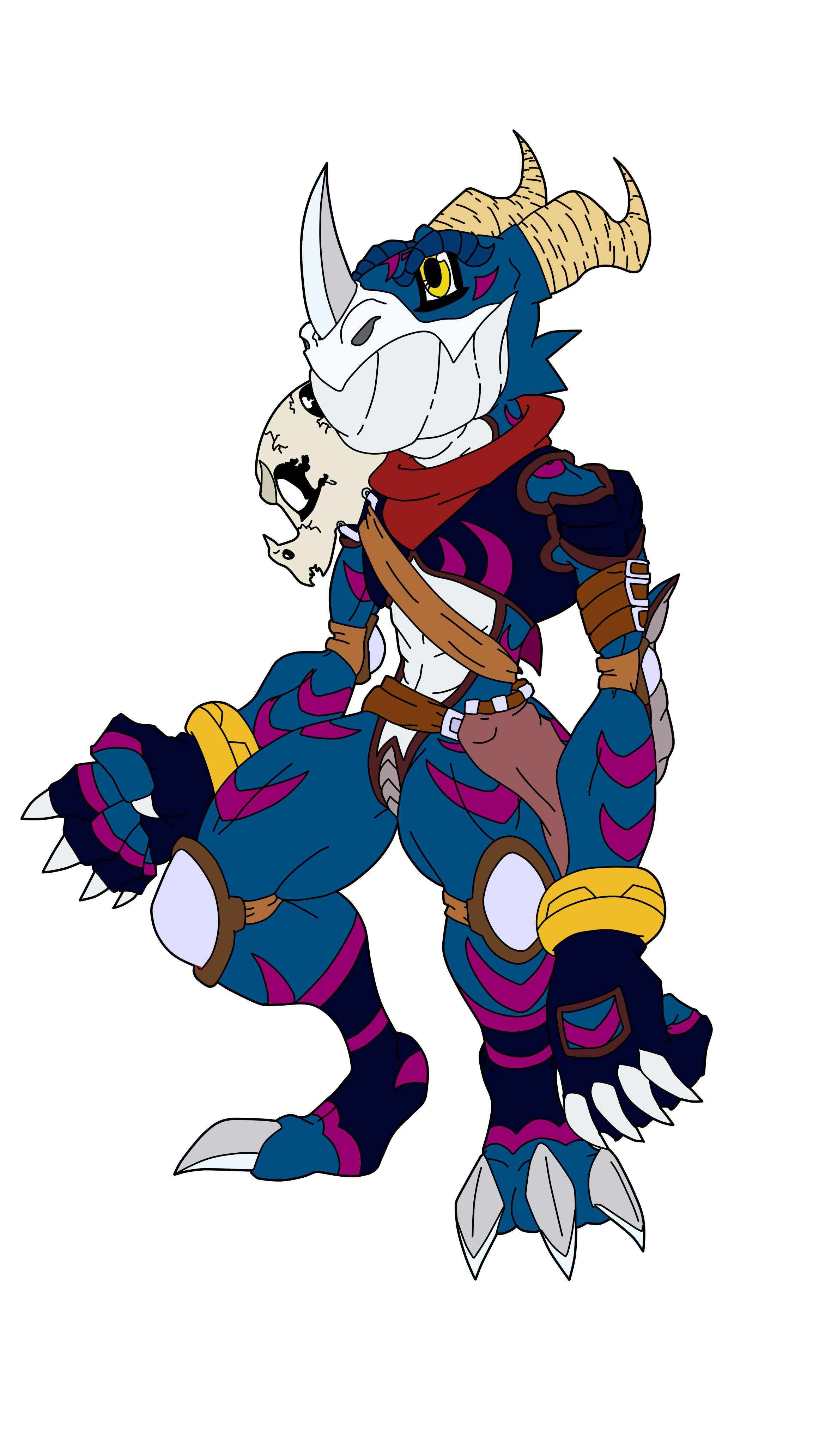 Uldamon is a brand new, X-Antibody Hunter-type digimon spun off of the Veemon Line. As there's no Veemon X line in the official sense, this line is the only known Veemon X line at the time of discovery. Uldamon are fighters at heart, getting into scraps with anyone they deem worthy to lock punches with. Uldamon have strange similarities with ExVeemon, leading many to believe ExVeemon is in fact an X-Antibody Digimon but just wasn't classified correctly due to the unknown existence of it when ExVeemon were discovered.

Uldamon came about during the evolution of a DemiVeemon injected with the X-Antibody while it was fighting Veemon to assert itself. The last Veemons Skull became incorporated into the Data of Uldamon and, like Kendumon, it evolved to be both unique and similar to the Veemon line.

As Uldamon are another Hunter-Type Digimon, they have many tools at their disposal to fend off and hunt Veemon:

Ulda Punch Combo: Again, thanks to the hardened Digichrome skeleton, Uldamon have a much stronger version of the Vee Punch. Uldamon are much more well-trained in the art of hand-to-hand combat, and no longer swing their fists wildly and instead use a combination of punches in rapid succession.

Hopping Dropkick: Gains momentum then hops up slightly to launch itself, feet first, at the opponent.

Ulda Laser: Uldamon have a crest similar to ExVeemon on their forehead in the shape of an X, granting them a variant of the Vee Laser commonly used by ExVeemon but smaller.

Final Rush: Uldamon have a heightened adrenaline state when near defeat, allowing them to pump up their bodies and launch all out assaults in a last ditch effort to win the fight.

Head Slice: Uldamon possess a bladed horn similar to ExVeemon, attached directly to their skeleton they're able to form a blade of energy around it and slice through just about anything.