For the month of April we have disabled ads on all E-M content. We need 92 people to reach our goal of 3,100 active supporters. If we hit that, we'll continue with a new goal in May! 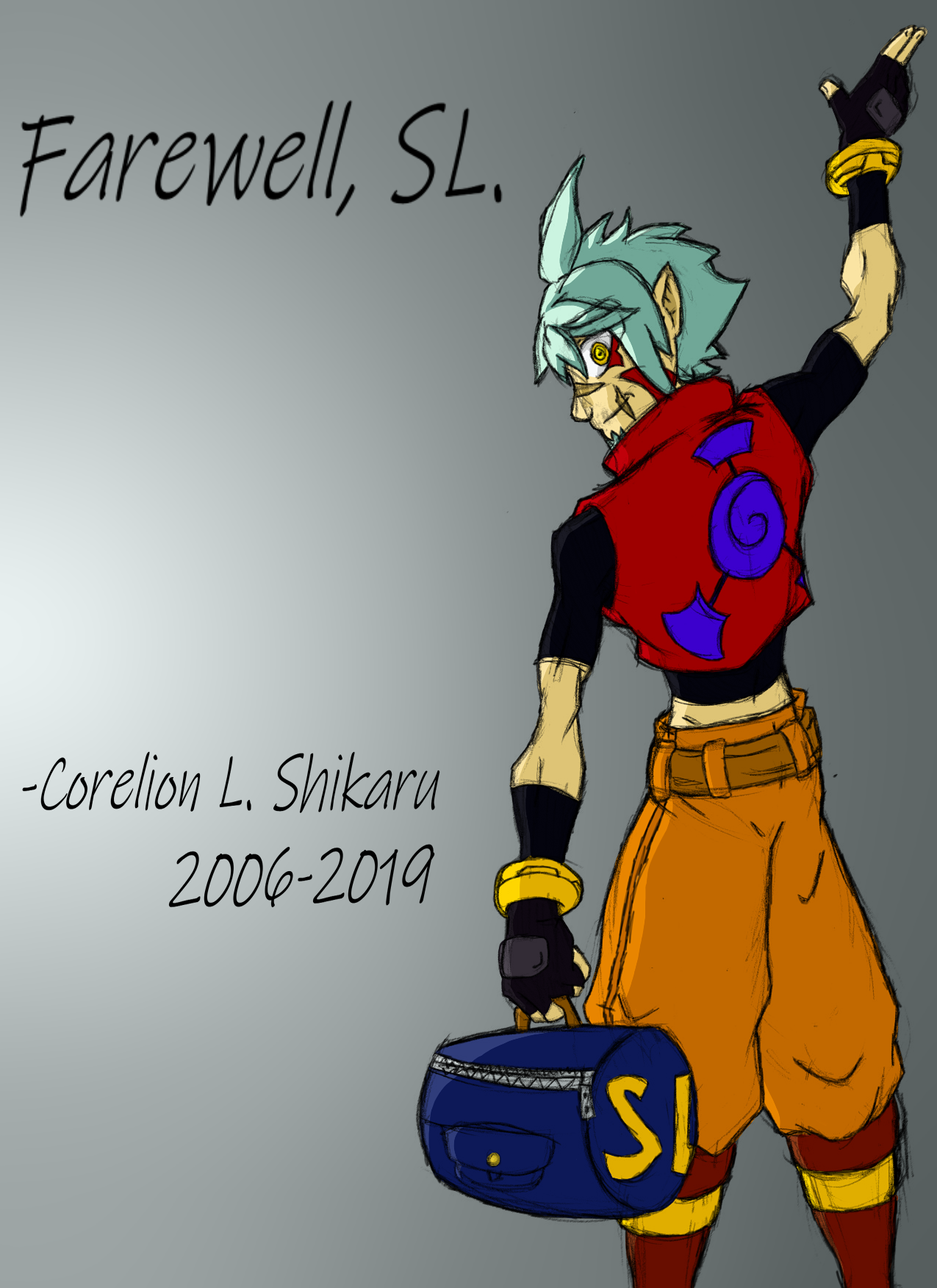 So I made a thing commemorating the permanent retirement of my character Corelion. This is likely the final artwork I ever draw of him, and I'll be moving on to his successor Balmos which, in the context of the online roleplaying site called Shinobi Legends, is his complete reincarnation after being killed in battle by Naruto Uzumaki. I figured I'd upload this to each of my accounts I'm still decently active on as a public announcement of his retirement.

For better context, I have been active on that site since 2006, nonstop. I've left quite the impact on the site as a whole, having an rp family spanning only 15 people but most of which are some of the most influencial people on the site story-wise. I was a student alongside the site's official Naruto, I became one of the strongest shinobi to exist site-wide, being termed as one third of "The Powerhouse Brothers" with my adopted brother Jay Nara and biological brother Ray Iburi. Hell I was even the Kage of my own village unique to the site and helped create the very first, renewable energy driven Airship. I will have become probably the final person of the old-school people to finally "leave" as it were, though the official death of Corelion has not taken place yet. I plan to rebirth into Balmos and continue with a new saga, retiring Corelion to the depths of my subconscious and finally letting him rest after all these years.

And so I share this here, my final piece of artwork to feature Corelion and the last ever mention I will likely ever make of his name after 13 years of using the character in everything. Farewell Core, my first and most successful character I've ever created.