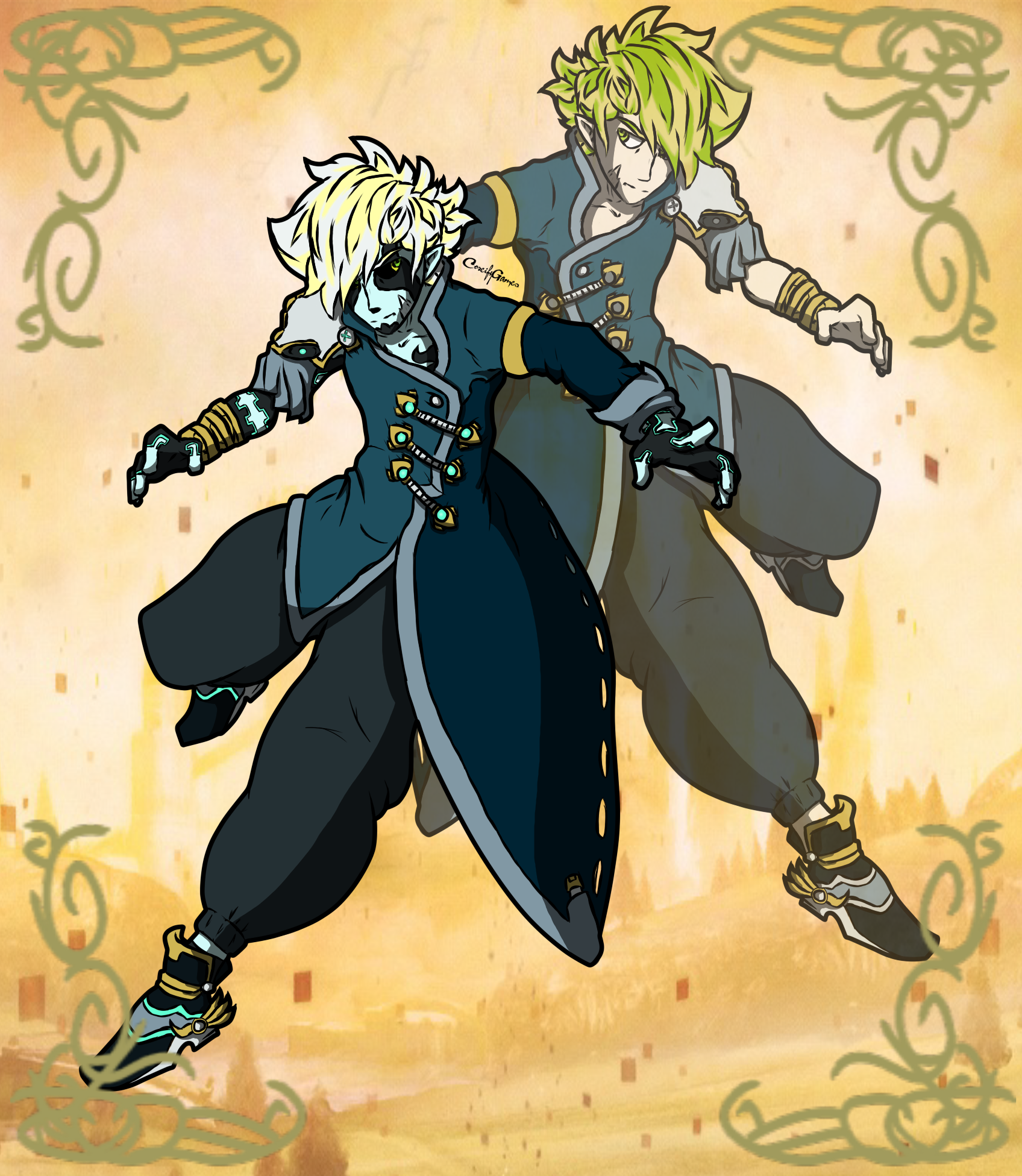 Darbus Shiku, the Prince of Twilight

((This character is for use in the website Shinobi Legends))

Darbus Shiku, the biological son of Corelion Lelouche Shikaru and Elibretha, Goddess of Twilight, was born and abandoned in the Twilight Realm centuries ago after the Great Uniting War, and was named the Crown Prince.

Centuries ago, or rather a decade ago in Light World Time, Corelion and Elibretha ruled over the Twilight Kingdom of the Twilight Realm alongside other monarchs who had their own territories before suddenly vanishing, with rumors saying they returned to the Light World to live out the rest of their lives in peace. However, this left the Kingdom without a ruler since Darbus was far too young at the time to even walk on his own and was sufficiently abandoned by his parents leaving it open to attack from the outside...Whoich is exactly what happened. After news of the King and Queens disappearance, a warlord named Zant attempted a coup to take over the Kingdom...in which he failed miserably, and was executed immediately upon his capture by the acting Lordess, Midna.

Midna raised the young Darbus until he was old enough to take the throne at the age of 16 but the worst was yet to come...As a destructive Cataclysm soon rocked the Realm to it's core, causing a tremendous influx of pure Twilight to overwhelm most of the world and plunge it deeper and deeper into the darkness. Feeling the heaviest effects, Darbus took matters into his own hands, quickly rallying his people to try and stem the tide of Twilight they activated long dormant machines under the Kingdom left behind by his parents that created a functional barrier that lessened the extreme impact around the main palace and surrounding towns.

Over the course of another decade the other monarchs had discovered the same technology in their own areas and successfully saved their peoples from disaster, albeit temporarily. At the age of 27, Darbus decided he'd had enough. The other Monarchs were trying desperately to overtake his kingdom and take the last few supplies they had for themselves and he was done. Darbus and the kingdoms scientists had been working on a plan to save their people through more permanent solutions and had finally found one...though it was extreme...He planned to completely rewrite the dna of every single member of the Twilight Realm to make it so they could survive without the barriers and safely begin rebuilding the world they lost. After ordering his own kingdom to do so he succeeded in his plan...but at a huge cost.

While members of the Royal Family and very close relatives, such as Midna who happened to be Darbus' cousin twice-removed, were given only slight variants of their original appearances and nearly eternal life the rest of the kingdom wasn't as lucky. Royal Guards became the hulking Shadow Beasts with shield-like masks for faces and extended, powerful limbs but lost their free will and began to follow the order of their superiors without question. Soldiers became the Twilits, small boorish creatures wielding twisted weapons and reverted to primal impulses but still remaining purely loyal to the Royal Family. The civilians all gained wildly varied forms, with children having more cartoonish appearances and elders donning similar but less ornate masks as the Royal Guards, now renamed the Guardians of Twilight.

After realizing the new changes his people had undergone, he felt the name of Twili for his people was most fitting especially now. (The name used to just refer to the People living in the Realm) He rallied his new, monstrous troops and was finally able to lower his barrier...to which his people were frightened but then...nothing happened. The constant flow of Twilight they feared before had become nothing but a gentle breeze to them now, which elated the sentient members of the Kingdom and especially Darbus since he knew his plan had worked. With this new drive, he set out to conquer the rest of the Realm and have them all undergo the same transformations to save them all, beginning The Second Great Uniting War.

After the war had ended, Darbus was the only monarch left standing, the others becoming leaders of their former kingdoms, now becoming provinces, and the Realm was safe again...or he had thought. The flow of Twilight was threatening the realm again and they needed a permanent solution to diffuse the situation. This took 4 centuries to accomplish, with the kingdom thriving as best it could, and it's people evolving over time to become more accustomed to their forms. The armies became more advanced, with the Twilits regaining their minds and manners, remembering their purposes and losing their more impulsive instincts for more refined ones. Darbus and Midna, meanwhile, were working with the scientists to figure out some way to stem the ever flowing Twilight so that the realm could be saved permanently when they stumbled onto the notes of Darbus' father, Corelion detailing his research into removing the Twilight from their Realm and he had come to only one conclusion...to link the Twilight Realm and the Light World permanently through the use of the Mirror of Twilight and it's equal in their realm the Mirror of Light but he could never figure out how to do this from their end so he traveled back to the Light World with Elibretha to experiment with the Mirror of Twilight to find a way to link the worlds.

Darbus was shocked, to finally find the reason why he was abandoned was so that his parents could save the world he inherited was a revelation of untold power. This filled him with a determination he hadn't felt since the Second Great Uniting War and pushed him to give an outlandish idea....He would travel in his fathers footsteps and go to the Light World and try to find his parents, should they even be alive, and help them in bridging their two worlds and save his own. Finding the Mirror of Light in the temple linked to the Royal Palace, he took along 2 of his Elite Guardians, 8 Shadow Beasts, and 10 Twilit soldiers and activated the Mirror to finally see the world his parents lived in for all this time. After arriving in the Light World, in what looked to be a similar temple as he was just in but left to fall to ruin, the Mirror of Twilight shattered, leaving only one shard behind for Darbus to keep with him. He arrived with only 5 of his Twilit soldiers but would soon be joined by the rest of his group by the time he arrived in the nearest village, Sunagakure no Sato: The Village Hidden in the Sand.