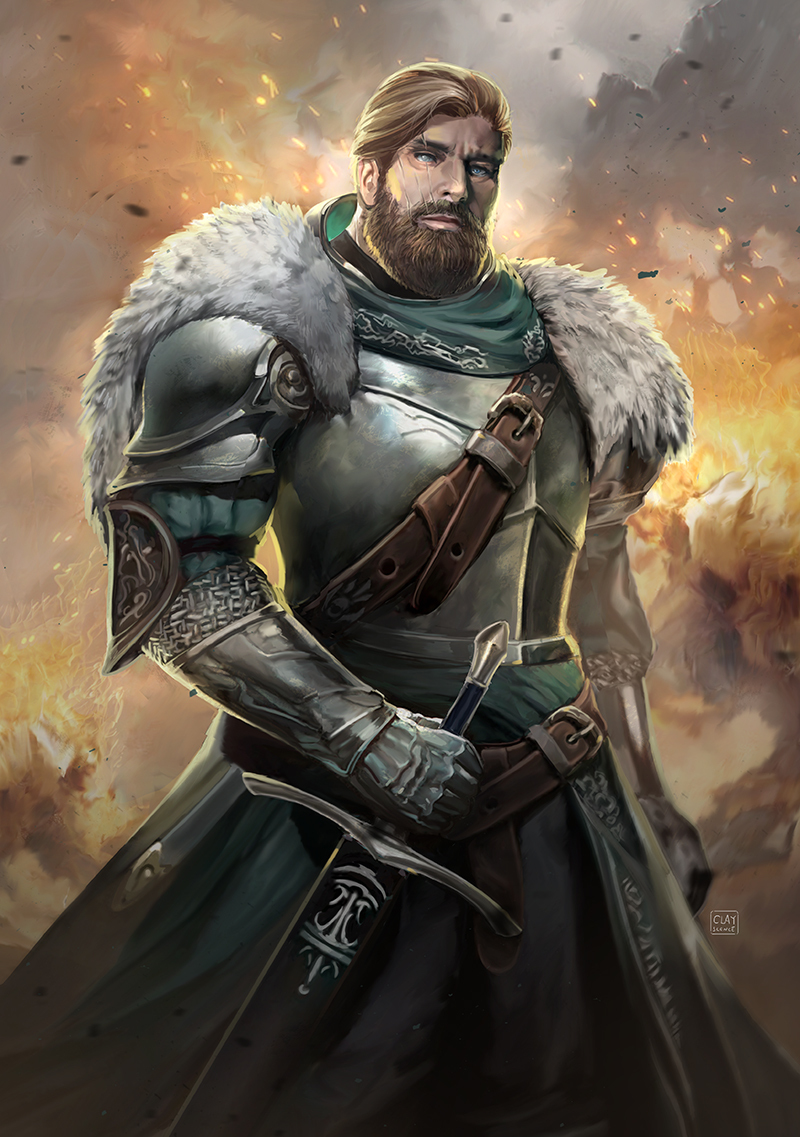 A commission of an amazing character!

The aesthetic of it is pretty much bang on. The chap looks like an actual human being rather than like a caricature of general badness. I like the piece overall, so take what follows as tips to make a good thing better:

The breastplate is too long. It ought to stop at around the lowest rib, literally just covering the chest. Any longer, and the chap wouldn't be able to bend at the waist. The abdomen is typically protected either by chainmail, or else by a special piece of plate armour called a plackart.

The pauldrons (shoulder armour) are just shy of being too large. But, for a mounted knight they'd be fine.

Elbows... Are basically unprotected. Not a good tactical decision. And no, that funky-looking piece of... What, leather? That thing strapped to the elbow? It won't stay in place, wouldn't help at all if it did, and would generally prove to be a nuisance.

There seems to be some chainmail just above the gauntlets?.. That would be perfectly appropriate if it covered everything from the biceps to the gauntlet. That's how it was done back in the good ol'.

That armour-ish looking thing around the guy's neck looks awkward. Neck protection was much more form-fitting. Also, that thickness of steel? That'd be back-breakingly heavy.

As a side note, might want to put some armour on his legs. Half-suits of plate were a thing, albeit after the medieval period. But it's generally speaking not the best practice to leave massive vulnerable targets for enemies to aim at.

Finally, is there a purpose to the belt across his chest?

thank you so much for the comment! it means a lot, the armour is based on a set from Dark Souls, called Faraam. It's a fantasy setting so I guess some liberies can be taken in armor design. it helped me either way to see what you mean, thanks again!

It's a very well done piece. A dark knight could be bloodied and scarred as an idea too.