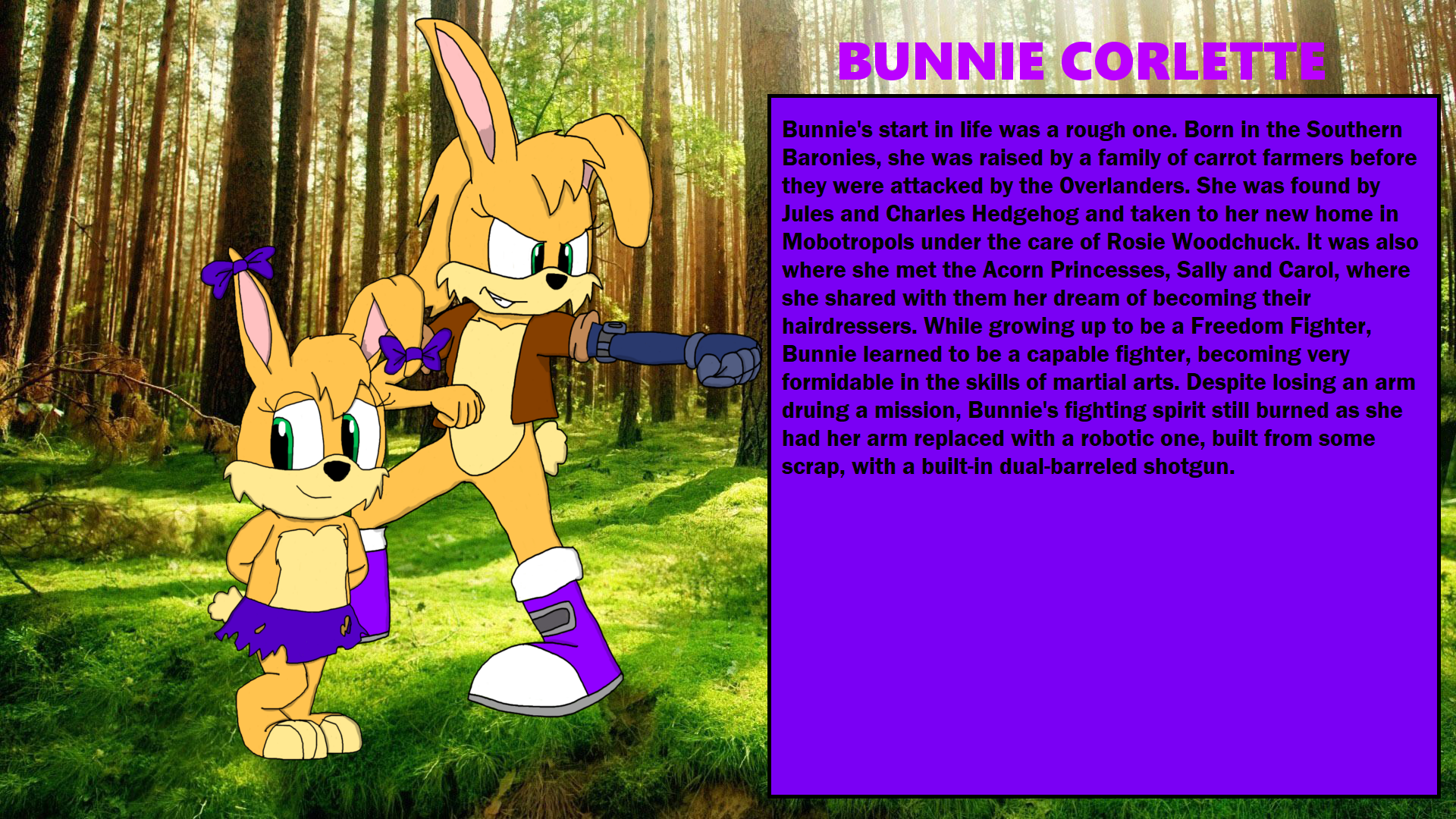 This incarnation of Bunnie went through a lot of changes when designing her. I tried to make her look a mesh of her SatAM and Post-SGW incarnations. She now has one mechanical limb to differentiate herself from her other counterparts and as a nod to the character, Yang Xiao Long from RWBY. As for the last name change, well... not much to explain about except I felt like changing it slightly. Just one more member of the original Knothole Freedom Fighters to join the story arc, so stay tuned. :3

Sonic the Hedgehog and all characters belong to SEGA.