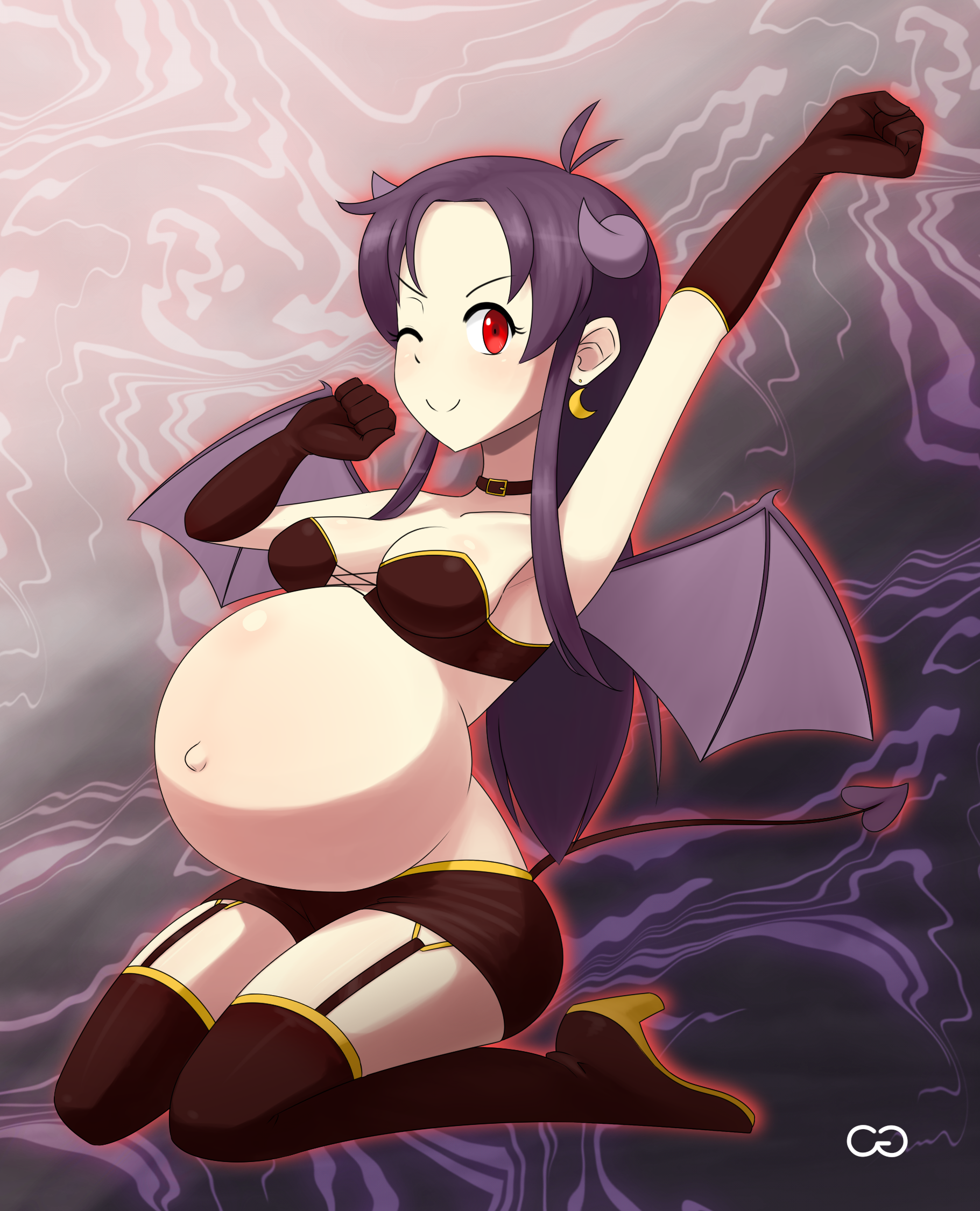 My recent Twitter poll I had asking which of my lesser drawn characters they wanted to see and know better resulted in my succubus character leading the poll. Here's a brief introduction of Luna Evelyn.

Luna is a succubus who currently lives with her human boyfriend, Abel, and her infant son, Issac. Luna is excitable and a child at heart, always wanting to have a fun time. However, she's also irresponsible, self-centered, and she speaks in a crass manner, littered with sexually-charged innuendo, without regard for her setting. She is extremely lewd-natured, but Luna had always wanted to earnestly start a family with a human and have many children. Though that's not to say that her wholesome desires doesn't cross over with her sexual fantasies. Luna is currently pregnant with her second child, and won't stop having more children any time soon.

Being a succubus, a sexual demon, Luna has many supernatural abilities. She can fly using her bat-like wings, mind read and influence the emotions of people and animals (she cannot mind read people's thoughts in the traditional sense, nor can she explicitly know why they are currently feeling the way they do), see into people's dreams and manipulate them, and secrete an extremely powerful pheromone that increase libido and sex hormones from her sweat (which she sells to the black market). She is also able to disguise herself as a human to blend in among them.

Things that Luna enjoys include: chili flavored Maruchan ramen, tight, revealing clothing, sex, and watching movies or generally laze about. Luna doesn't like to do any cooking; she will only ever prepare easy meals like spaghetti or mac and cheese.