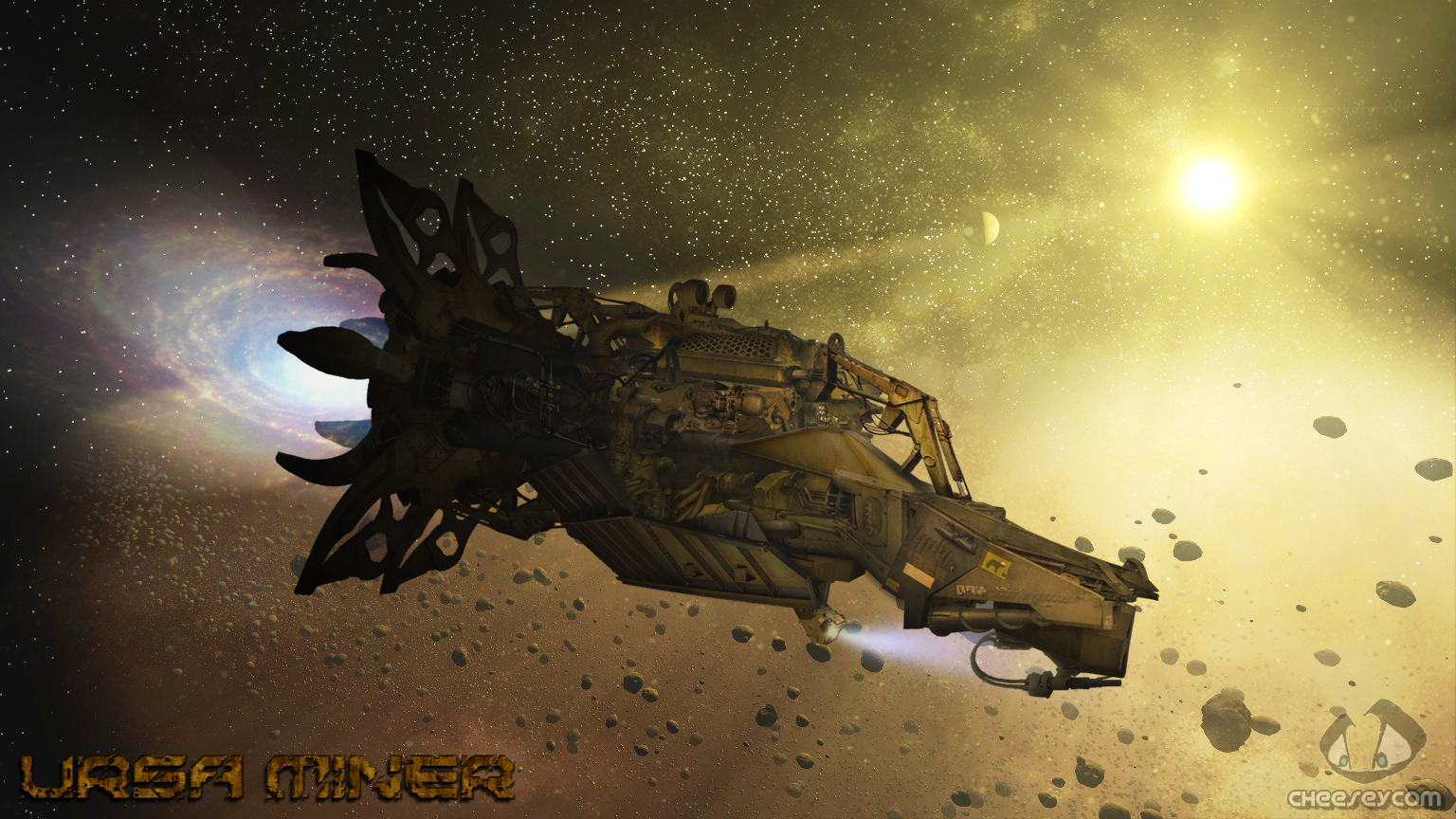 This is the mining ship 'Ursa Miner'. It's not sleek, it's not fast, it's not even particularly well maintained. But like a Toyota Hilux these ships are sturdy, dependable, and well.. the damn things just won't stay broken. Which is good, because in deep space, nobody's around to help if you get flat tire.

The Ursa Miner is an inter-solar vessel, meaning it can't travel faster-than-light, and is pretty much relegated to the distant asteroid belts. This suits it just fine, however, as it has one purpose and one purpose only: Mining.

Equipped with an asteroid cracking laser drill, forward rock grippers (for anchoring during mining operations and processing smaller rocks), and an armoured distensible belly scoop for collection, the Ursa Miner is the work-horse of the Solar Mining Corporation.

Altogether roughly 40 images contributed to creating this piece, mostly construction, demolition and earth-moving machinery, but also occasionally computer components, bits of bicycles (the tail fins for example), and one genuine piece of space exploration equipment.. see if you can find it! (I'll give you a clue to its location; the further away from the sun you are, the warmer you get)

Many (but not all!) of the images used in this piece were obtained through Google Images with exception of the background.
No official photo stock was used.

Most if the images are from sites selling used industrial equipment and electronic components, as well as journals on particle physics (CERN's various particle colliders in 'particular' supply some great images). So many images from so many different sources were used that I simply cannot credit them all individually (mostly because I simply don't remember where each one comes from anymore).

No copyrighted material was used in the production of this image.

The background is an artists rendering done by NASA (with a few slight alterations), and all credit for the image goes to them.

The original can be found on my deviantArt page: