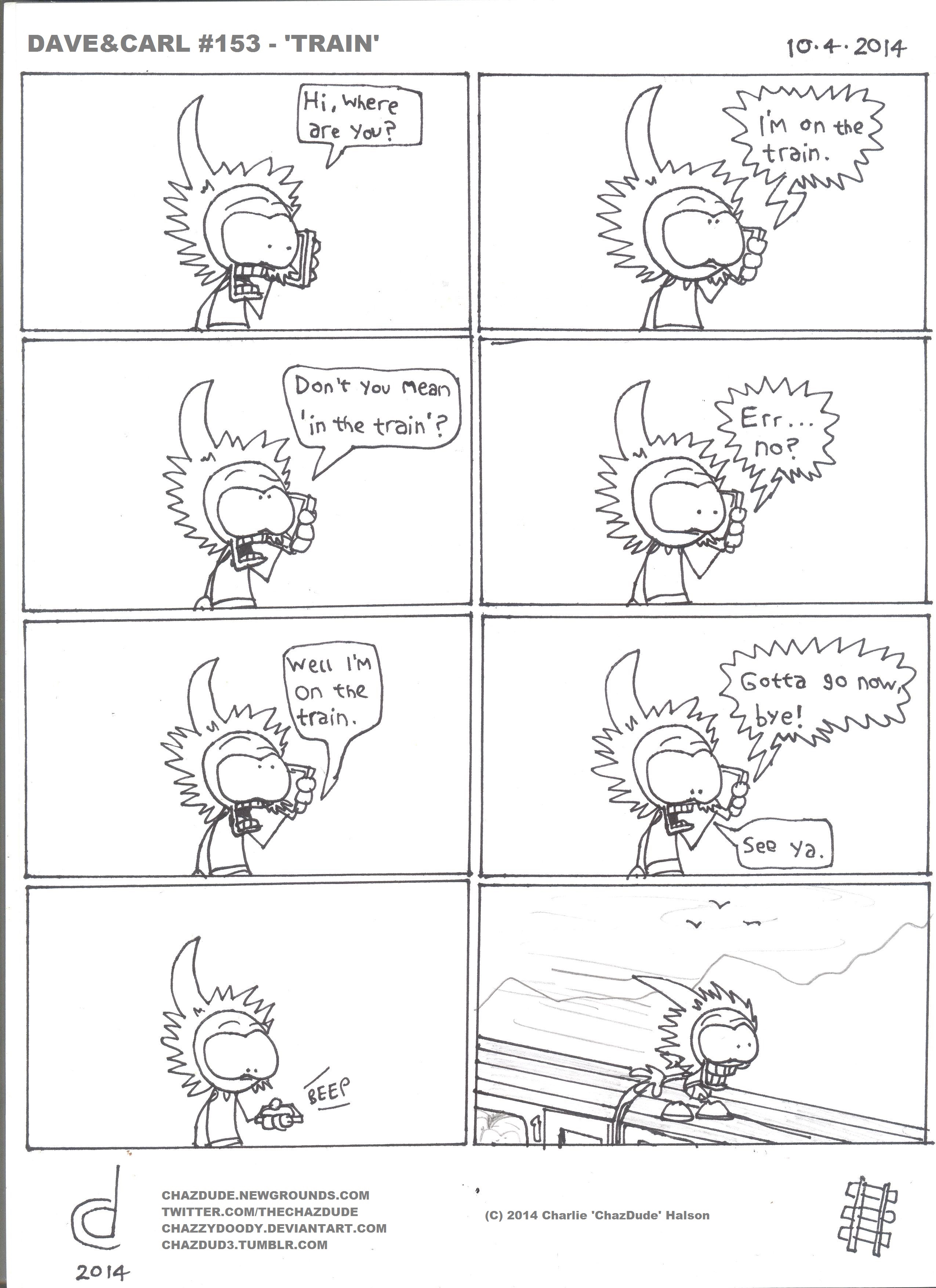 So he really was "ON" the train lol some small backround detail would be nice but its also pretty decent as is, And you have another nifty piece here, this comic is a lot of work it seems but I have seen it evolve from simple to something really good, very nice work here, Now for this entry you have a good story and the humor is as good as always, I have enjoyed it very much indeed so keep at it.

That one was unexpected.

Pretty funny stuff. I hope you are open to receiving comedic suggestions...
I think a joke like this would have ended up funnier if the punch line had
been entirely visual. Example: Dave asks "Don't you mean IN the train?"
and the next, and final panel is simply Carl riding on top of the train.
It catches one off-guard and being the last panel gives it an extra kick.

Alternately, to keep the "Err...no?" joke, you could add it, Dave could
be saying something along the lines of "I don't understand" in your style,
and then the final panel with Carl on the train, for the same punch line.

You don't have to change this or anything, but it's a good technique to
keep in mind. Hope this comes in handy! :D

I probably shouldn't have made it so obvious...

Thanks for the tip :]