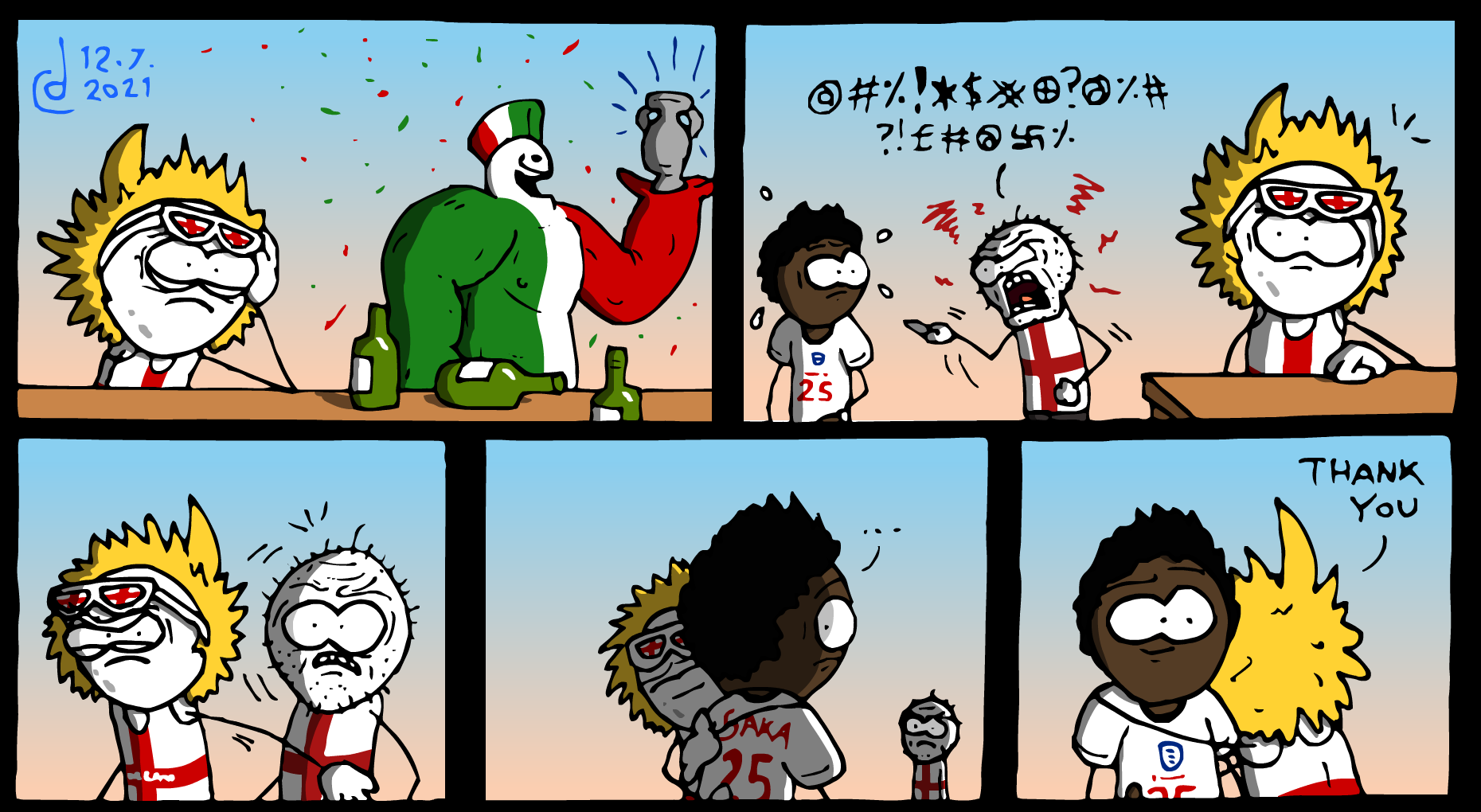 Some of us didn't deserve to win.

What happened? Is Saka alright?

He and all the lads are fine, thankfully :)

I'm in italy team, but italy winner in final! So what do you think?

I'm all sleepy today because of them taking it sooo long to decide who's the winner... Timezones and whatever. Rooted for Italy, but England did really great. That was a good battle.

Honestly im pretty bummed out Italy lost, a lot of Continentals were acting like complete pieces of shit wanting England to fail at any cost, because of other reasons. Still the Italians really made an outstanding comeback and it is praiseworthy indeed.

So my prediction was right, been saying Italy would win. My first thoughts weren't disappointment at the loss, rather disappointment that i knew this shit was coming. I knew people would be pricks as soon as it happened and they certainly were.
What pisses me off most though is our glorious PM pretending to condemn the abuse, when it was him who effectively condoned it by saying it was ok for fans to boo the taking of the knee. He's trying to virtue signal now when all he, and his ministers, have done throughout their whole time, is promote division, hatred and embolden the racists.
Those lads deserve every praise they get, they're the best and most successful England squad we've had for 55 years, yet the people who are supposed to support them are stupid arseholes who don't deserve them. Maybe it's a good thing Italy won, because we won't get any more bloody War songs for a while (until next year's World Cup ffs!).
I try to be more eloquent in my reviews, just pissed off. It's also not helping my mood that I'm genuinely the only man in my office right now who isn't hungover (ok I'm goofing off on Newgrounds but shh).
As always thanks for your art, and putting up with my walls of text lol :)
Cheers

It's a welcome wall of text, for sure.