For the month of January we have disabled ads on all E-M content. We need 170 people to reach our January goal of 3,000 active supporters. If we hit that, we'll continue with a new goal in February! 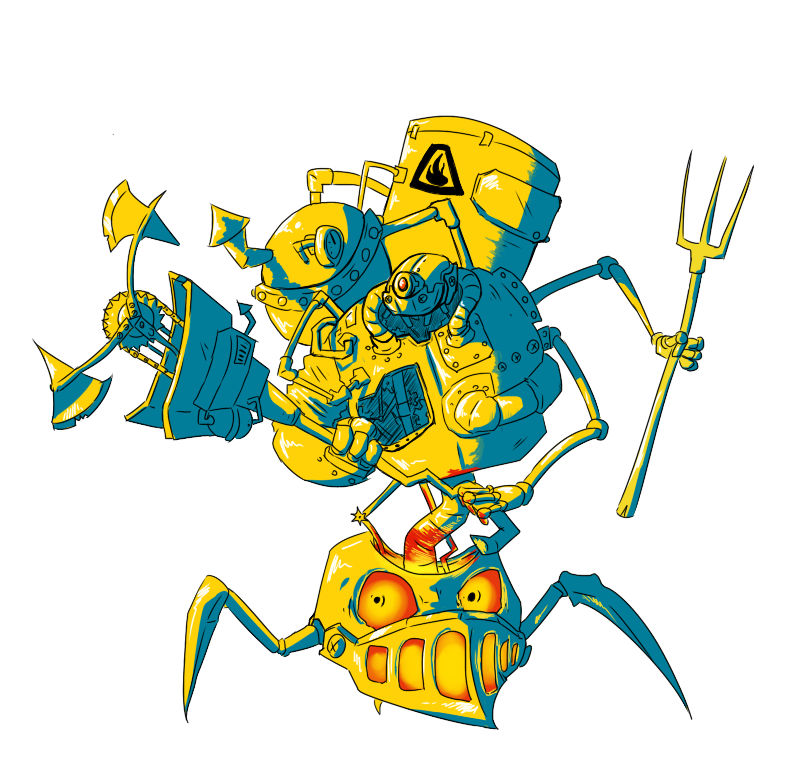 Honestly, lokks like somm'ing outta' malice a.k.a. its a book by a guy named chris wooding

Awesome choice of colors! A unique palette that provides viewers with something new and unique to look at. Your design is both really cool for making bold moves and brilliant for giving character to a robot. The problem with most robots is that they have either no expression at all or exaggerated, overdone features such as giant metal eyebrows and large lens eyes. You have solved this problem by giving the robot a vividly expressive lower half and a beady-eyed and blank upper half; a duo in the form of a single entity.

I won't talk about composition since there is no background, but nonetheless the pose is full of implied motion and I imagine that it must have been very difficult to pull off.

I find your robot design and lighting/shading colors to be bold and fun. They remind me of the golden age of game design at the dawn of 3D games such as Rayman (the lower half of your robot strongly resembles a pirate skull from said game), DK64 and Conker. If I saw this character in a video game, I would say aloud even if nobody was nearby, 'this design is so cool!' and proceed to watch its smug grin/ evil laugh every time it killed me with that awesome chain axe.