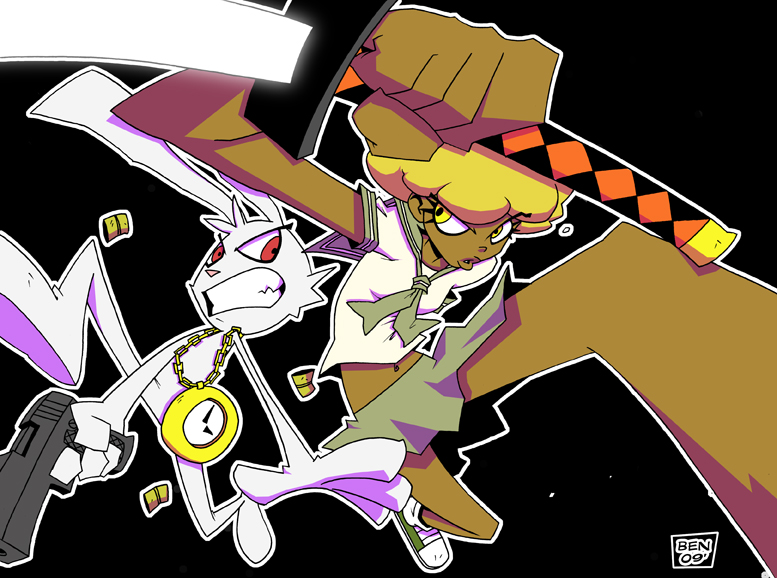 This is my take on Alice in Wonderland, "Wonderland Shakedown". Two wanted criminals fight their way to the top to take out the Queen of Hearts...

very nice, love the style, what program are you using for the effects after you sketch em out??

It's a bit hard for me to tell what the exact kind of style it is you are imitating. It's simply so good in its own right! I think its strongest point is how you give these characters so much dimension, although I don't know why Alice is black or brown or whatever. I love backgrounds, but I think the lack of a background here put strong emphasis on the actual picture. There's so many great things going on even if the picture isn't that big. It kind of reminds me of Sam and Max, if only because there's a gun totting bunny.

It's quite animesque. It reminds me of all those "Alternate Universe" pictures that show up in fanart. This was a wonderful example, even though I don't think you were intending anything specific. I guess the prescence of a gun (or maybe a sword) is why it's rated "T". There are certainly all kinds of things to make fanart of, but I rarely see Alice In Wonderland.

The queen of hearts is SO fucked.