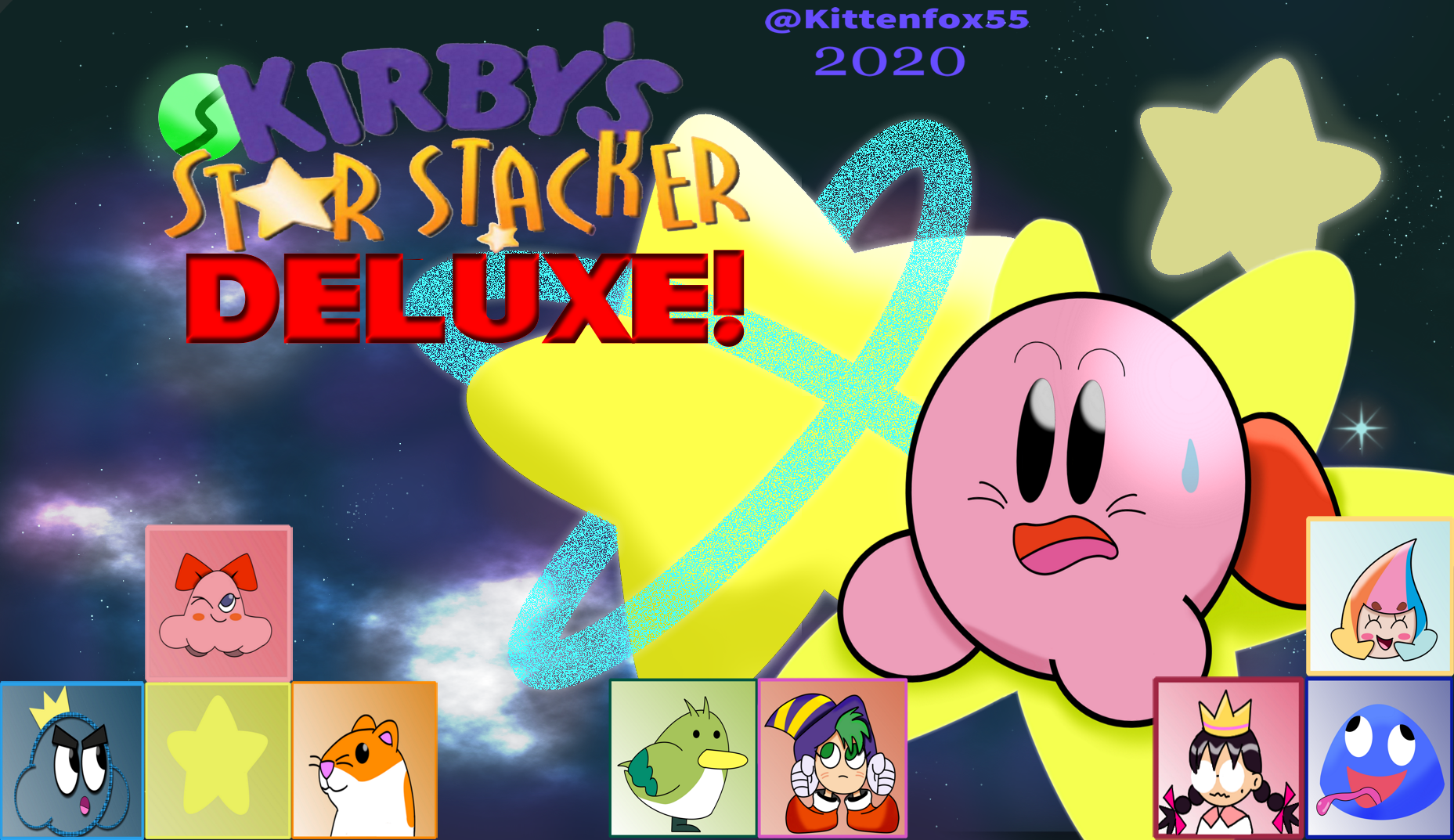 So I deiced to take my Mock up design work to a new direction with Mock up for video games and I chose to create a sequel to Kirby's star stacker a match 3 puzzle game on the gameboy. I chose that game because I thought about it Nintendo has a large library of games & within that is a hefty gaggle of puzzle games and wouldn't it be nifty for one of those to be on Mobile?

regardless on how you feel about mobile gaming I feel like it could help Nintendo with the brand recognition, experiment with the mobile games field, and it just makes sense I mean with some like Kirby Star Stacker or Kirby's block ball where there's the groundwork for a puzzle game that works well for Mobile so why not make a remake for modern day?

Let's say the game has a story mode, maybe some odd looking planet makes it's way into Pop Star's orbit, and all these blocks keeps raining down and start capturing all of Kirby's friends but by making certain combinations of block Kriby can fight back against this sinister force.

I'd like to think it could take the Star allies approach where we'd get a whole lot of characters in the blocks plus it was like that in the OG game where kirby's animal friends were the main blocks used in the game. I added Prince Fluff, ChuChu, A normal Star, Rick, Pitch, Gryll (Who fun fact originated from a Japan only version special edition of Kirby Star Stacker) The Fairy Queen, Elline & Gooey.

Anyways I've rambled on too long, I've added some extra's to the Pixiv posting.