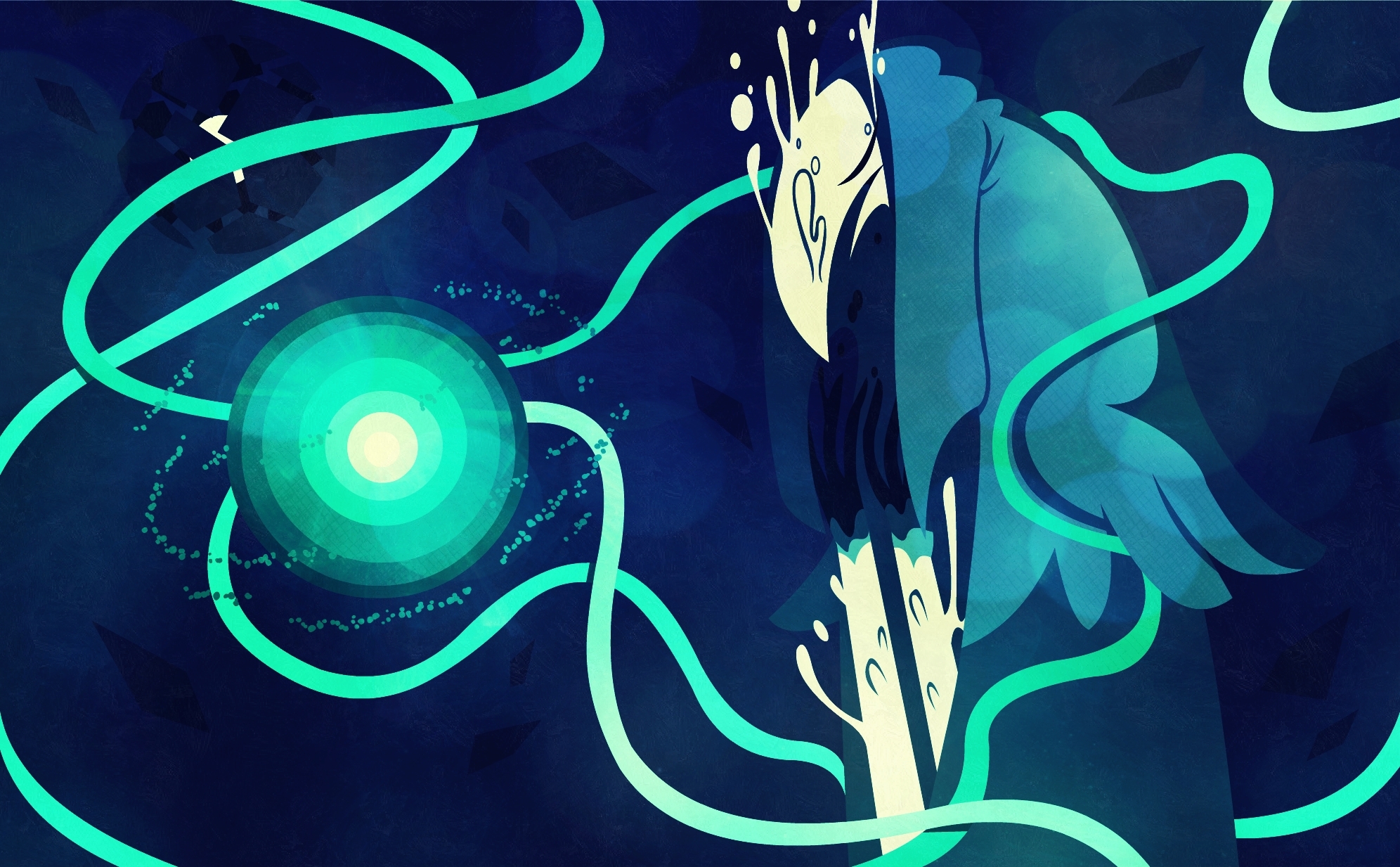 Stone of the Riddled Scholar

Through our collapse do we perceive divine clarity. To fall is to witness the unending expanse. Scholars of the arms reach and their many orbs understood the burdens taken to achieve peace, and honor through their own tears to the divine whose eyes are stained black from sights untold.

Should we give up on the gods, they shall not give up on ourselves. And thus is there a stone given by the Harbinger of Balphram, a nameless goddess to those who yearn more to see.

Riddled with holes, the brittle rock reveals a gentle and pale light within. Perhaps a silent notion that one cannot witness their own light without existing so vulnerably. If one should grip the stone too tightly and cover the holes, it too will fall apart and thus its gentle light vanish forever.

Seldom are these stones ever found, and rarer are the lights within them, like small moons, nurtured in the hands which possesses them.