Thousands of Years Ago... 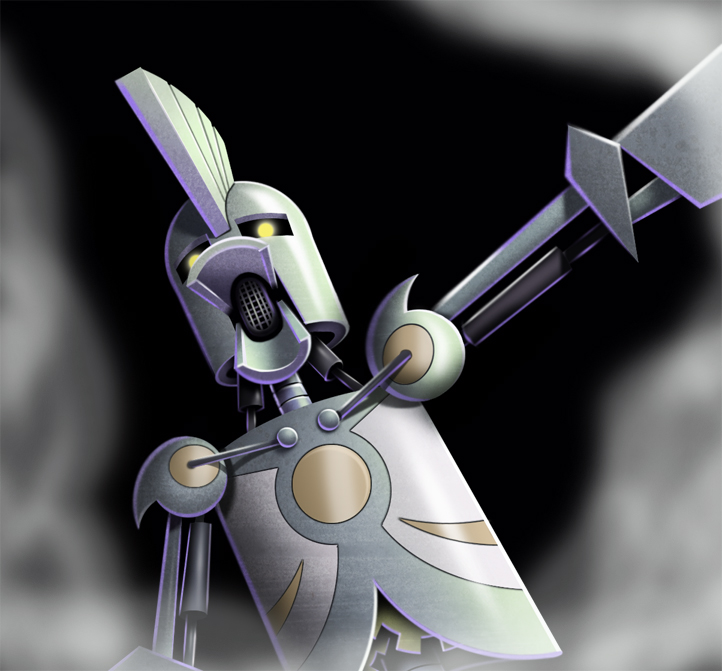 Cybernetic Ghost of Christmas Past from the Future.

Cool stuff here there is some good things here and some things you can improve on such as more shine on the metal, and more glow on the eyes and I would even go on as far as adding more of a smoke feel to the smoke stuff on boarders.

Never heard of him!

Dude, I had absolutely no idea who this character was and thought he was an original one made for "Yu-Gi-Oh: The Abridged Series"! I had no idea at all that this was a character from "Aqua Teen Hunger Force". Now, onto the review of the drawing itself. This drawing is simply fantastic, because it is of such high quality. I have never seen this character in ATHF but he certainly has the best animation of anyone in that show. It's amazing how lush he appears.

It almost looks like he's CGI! It also looks like he has a beak or something so he appears to be some sort of robot chicken (whoops, wrong show). You do all fans of the series a favor by making something as good as this! The shading is done perfectly as he shows off a good purple tint. I hope you continue to make great art pieces like this!

That episode was funny.