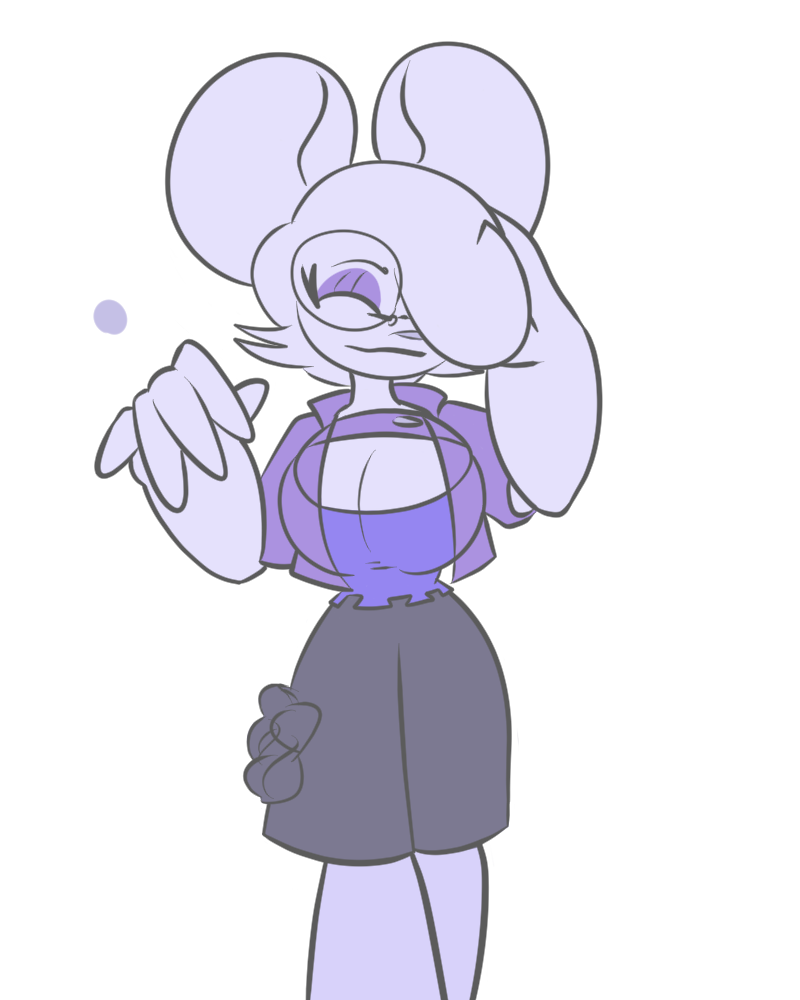 I feel the urge to post some of my old works. The one pic used for the thumbnail is actually the newest of the bunch.

The original idea for the charcter was that she has large breasts. Not in a way she would just be really curvy, but that she would be noticeably top-heavy. Some of the pics convey tht she's shy. Since she represets visual novels I felt that was fitting. I fell like the drawing process really emphasises theshyness of the character, where she starts doubing if she has ny personality traits. I need to brainstorm personality ideas because I don't want to make an OC sad.

It's way easier to make small chest and big hips look good as opposed to the other way around. She looks off in the erlier pics.

The reason why she has her left eye covered is because se was meant to be paired with a guy whose right eye is missing, but the idea was scrapped. That wasn't the only similiarity between them. The guy was called Match and her name means "candle" in spanish.

I wanted to exggerate proportions for this pic, but I ended up with esecially wonky result. I also wanted to give a bit more spanish aesthetic to the clothes.

That was the point when I thought that she should have those spikes in the back.

Here I had an idea of giving her a short, open jacket as well as wide-bottomed pants to balance out her body. The jacket later became an attribute of Madison.

The last picture has an alternative version with different expression and fixed outlines, as well as topless alternaive version of its own. That wold be the first and so far theonly time I attemted and finished such picture. I'll take any comment as a yes to showcasing that.

Yes, there will be more archive pictures of this very character and I think I'll do history of my other OCs as well.