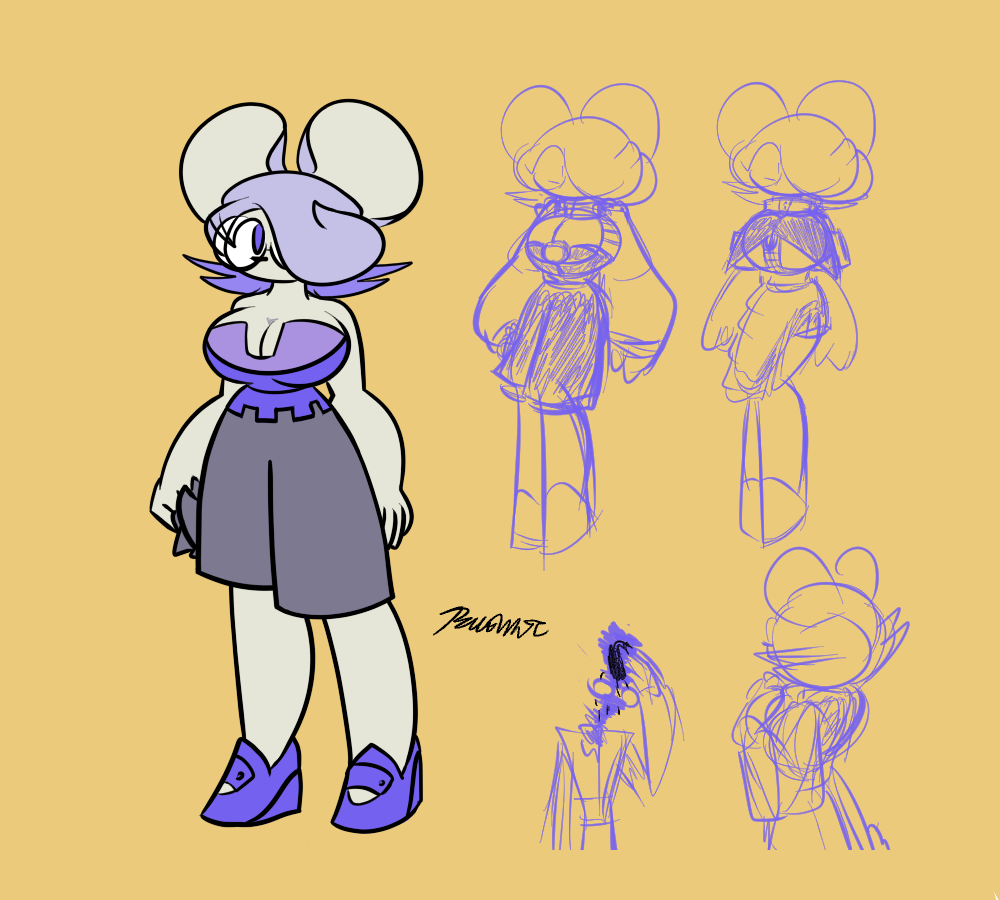 I do have more to show for Vela. The picture used for thumbnail is somewhere from the middle of them all.

I EDITED THIS PART IN - I previously deleted it, but I found it on my backup.

I don't know what I was going for back then.

This is one of those rare sketches when I try to give a character a bit more dynamic pose.

I was talking about Madison previously. This picture would later be used as a sketch for her.

That's one of those random pics I normally wouldn't have anything to say.

This picture was from the time I found a new way to draw her body, as well as a way to draw mouse ears.

I kinda didn't like the final result of that one, so I redrew it with smoother brush, along with few redesigns.

I really like those wide pants, I should bring them back.

This was just a little sketch, but I thought I could upscale it to use as a basis for more detailed drawng. You can notice that I decided to change her color pallete to something warmer.

Tell me if you re up for something similiar but with traditional drawings.

I love her concept