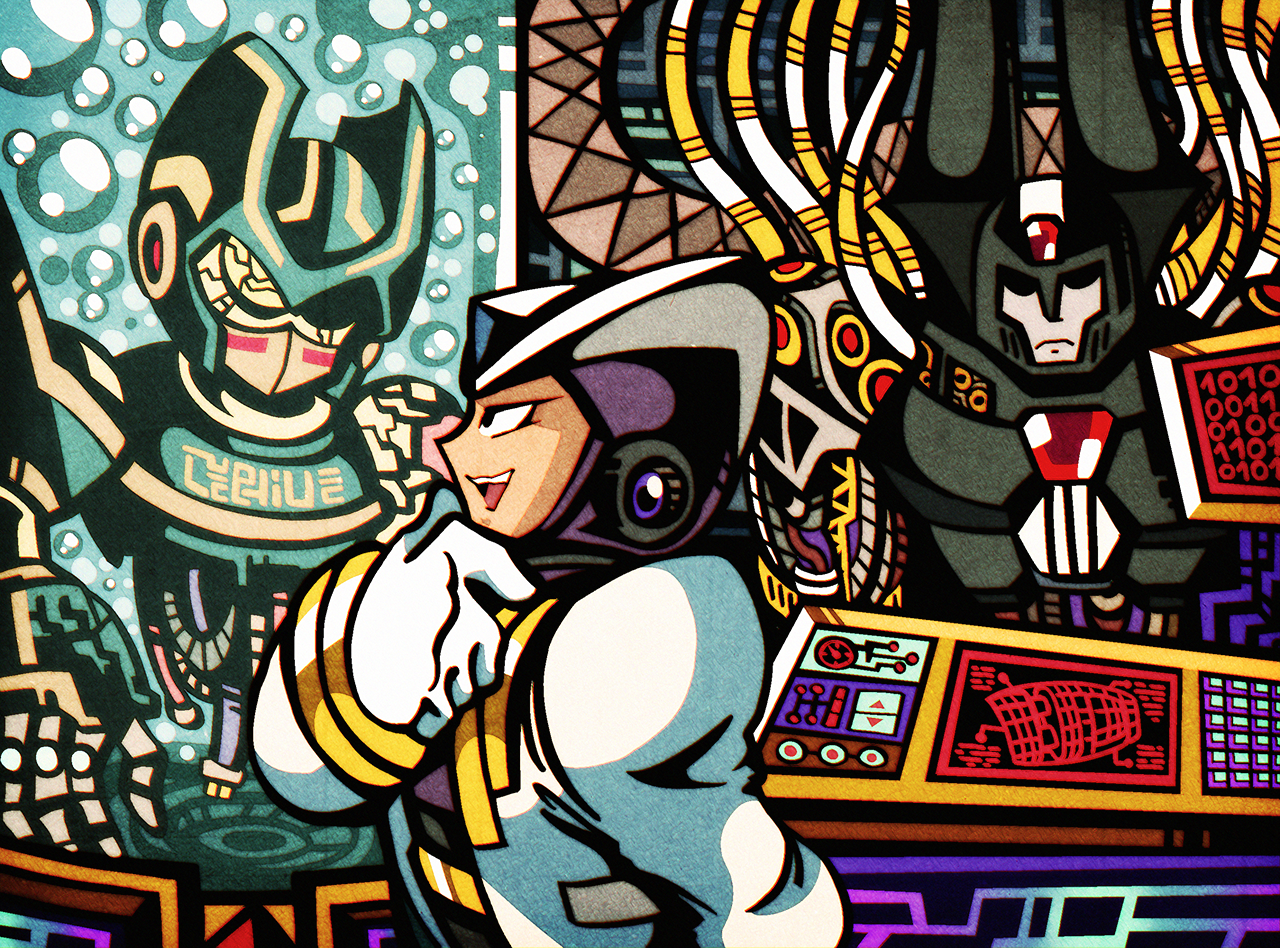 *deep inhale* Okay, gate actually had quite the interesting premise/potential but was bogged down by bad/mediocre writing which I feel shoe-horned in sigma for whatever where he didn't need to be especially entangled . What would've been awesome (likely echoed by others) was if he (bear with me, gettin' weird) opened the gates in the hearts & minds of mavericks some of who instead of wreaking havoc leave with Gate to a supposed eden-like paradise to accept their advanced kind which flies in the face of the maverick hunters which is what brings them into conflict. After all the fighting (on totally fair stages), the gates to Gate seem locked forever, and in his dying breath's retaliation, he attempts at least one of several options (if failed to be implemented for whatever decent reason prior) to seal x & zero away in a cyber loop limbo (or just into another solar system where'd they spend a game or something coming back to earth maybe?) to see how the world fairs without them, rip apart existence itself (or at least earth) by opening up several dimensional gates acting as incredibly powerful gravity wells or flood the world with all sorts of mechanical monstrosities (maybe with a cyber-world merge on top of it?) to bring hell to a world which denied him heaven, either/any of those options as some sort of flip of the switch fail-safe in recompense for each fallen ally (who, during the boss rush if there is one; guess it wouldn't really be a mega man game without one, the original 8 were fused down to four without the singular weaknesses of either forcing the player to combine weapons via some upgrades)...BUT! Alia ends up stopping him somehow (MAYBE she shoots him, thus showing another, more cold side to her while she cradles him in her arms as the two flashback to better times before he finally passes which around the same time a wounded X & Zero emerge from rubble alive whom Alia greets with a hearty smile & such. X & Zero by some sort of strange cyber 6 degrees of separation permeation or a cyber side-effect of Gate's shenanigans view the history between himself & Alia but don't necessarily speak of it immediately, instead, helping her honor & bury him silently before moving on, at least watching from afar as she does it herself. MAYBE she talks Gate down of which most of the same happens except unable to live in this world any longer & refusing to atone, he takes his own life via gravity well of nothingness leave such behind but a memory a most. Hell, MAYBE he does actually go to jail or even escapes elsewhere via gate technology, but, makes a resurgence as an occasionally assisting ally in later installments, or even an enemy but less so on those there's just so many possibilities and better routes not taken to flesh some stuff over this game AND series). .
Sorry, I'm pretty passionate about this series/Franchise as you can tell. I also fully accept stuff like time constraints, mismanagement; I also acknowledge I could just be pretty dead wrong about so much. Thanks for reading if you got this far (and ftlog do something about High-Max; nerf him or something). Thanks a ton again for making this~