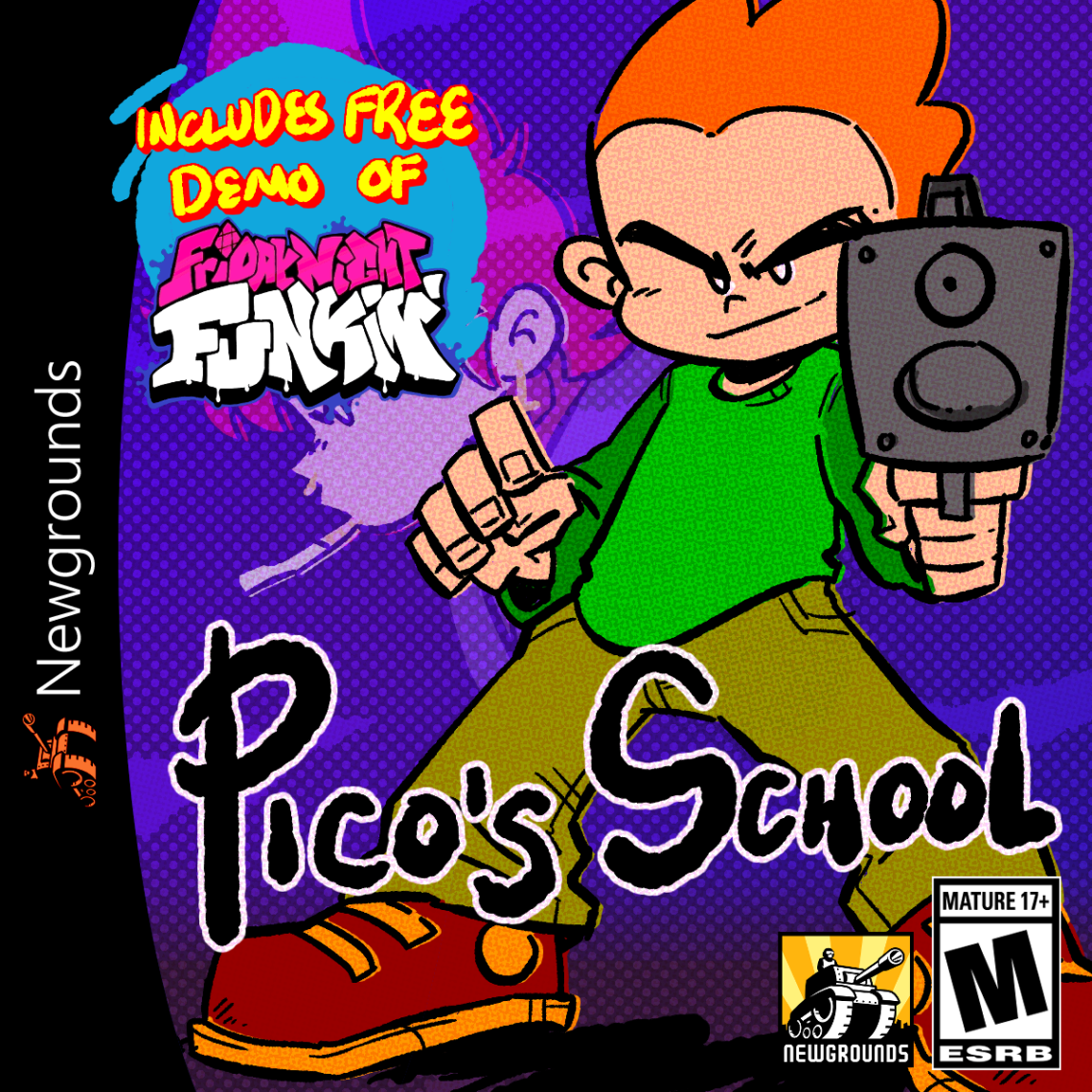 It was originally meant to be a launch title but was pushed back due to subject matter and controversy.

EDIT: Now we have a Japanese cover! In Japan, the name was changed to "ピコアカデミア" (Piko Academia). It was originally gonna be called "ピコの学校物語" (Pico's School Story) but apparently it was too long.

This looks so good!