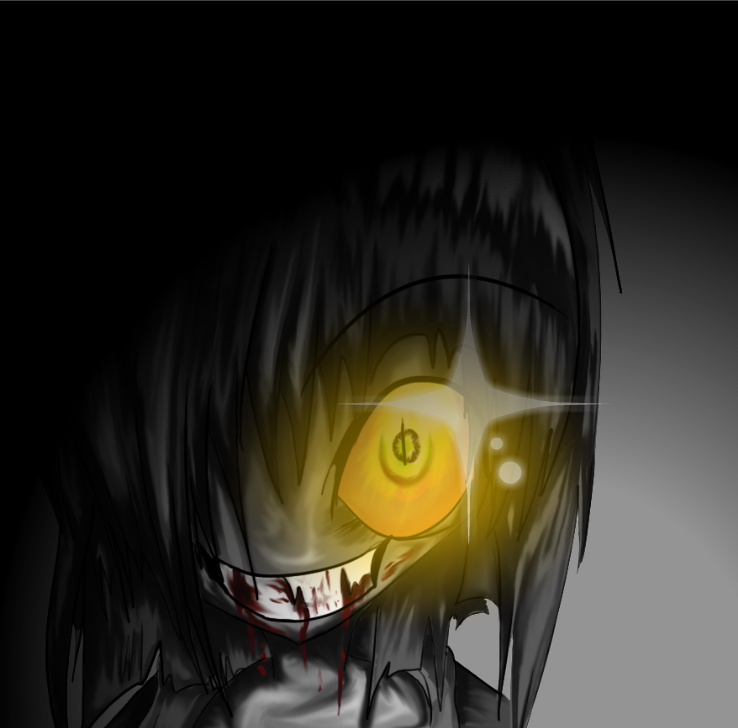 Huh. I thought I submitted something to the Art Portal. Oh well.

This is rather old, but I still like it. This is one of my characters, Pandora. I drew this back in May/June

Some facts about Pandora; she's 8-years old, suffers from Aspergers Syndrome. Her personality is mostly being a daydrifter, somewhat ignorant, opposing to violence, shy and not outgoing. Sensitive. However during the beginning of her storyline that Im writing, she also has tendency of schizophrenia, the other side of her called Theodora. Play on word meanings as Pandora stands for "All Gifts" as Theodora stands for "Divine Gift". These personalities contrast with each other as Theodora is a straight negative. Blunt, sadistic, hateful, and somewhat of a whore. Eventually Pandora and Theodora split up and Theodora becomes her own character, but during the time when she's still intact as Pandora's mindset, these two mindsets clash with each other, eventually leading to the creature you see before you.

During Pandora's storyline, her goal, along with her brother Aaron, is to find their long-lost dad Carbo, who mysteriously went missing during events of the past. Their father, Carbo, is also the main character of the plot I'm working on in general, as Pandora's story is set in a "Third Arc" out of four, where Carbo would disappear at the end of the Second Arc.

The picture was quite inspired by Higurashi and Static-X's Album (and song) Cannibal. I highly recommend you to listen to it.

I used Photoshop CS4 for drawing this.