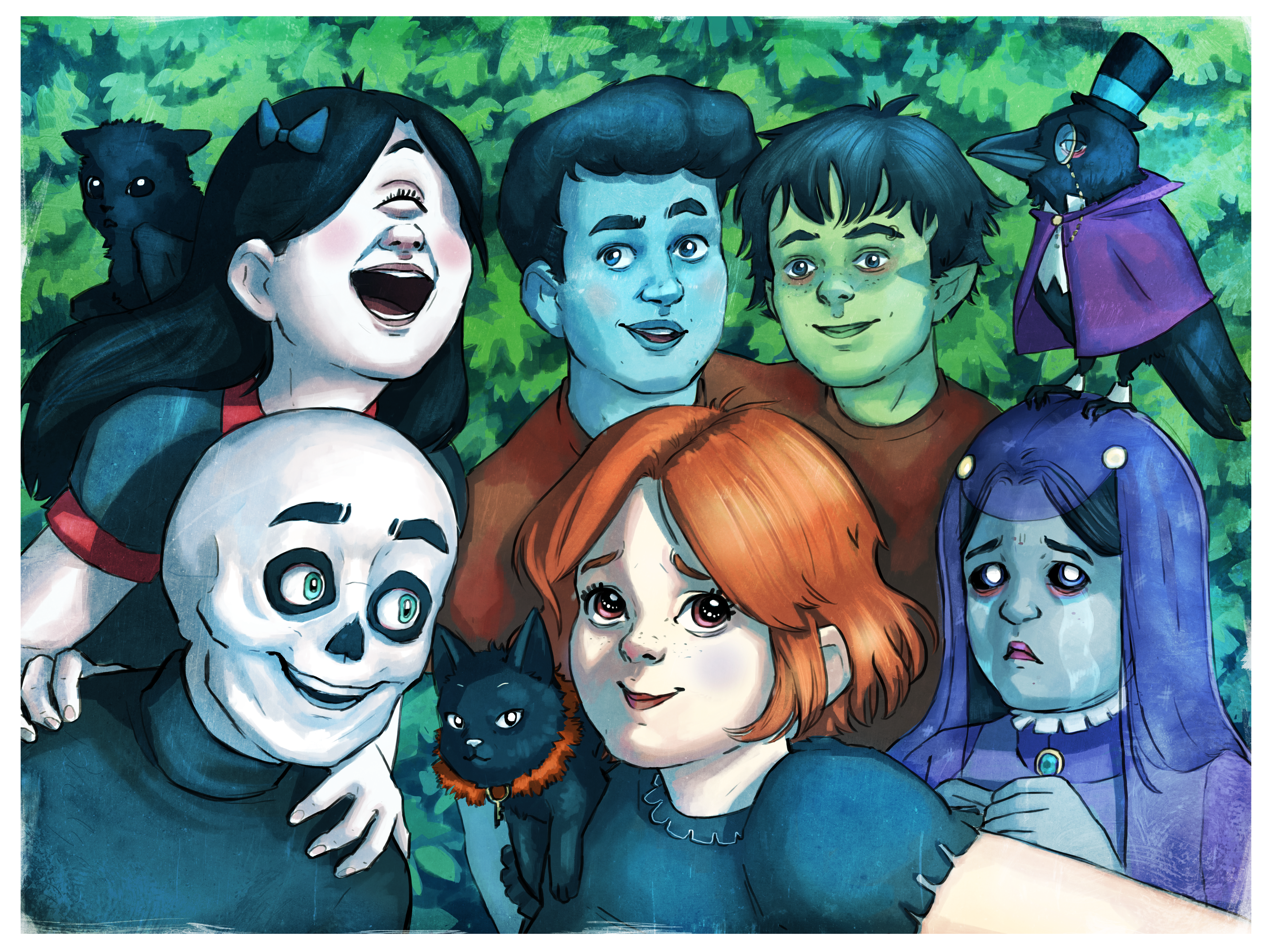 Fuck, man, my lil' sis would watch this shit for HOURS. Nice artwork, though.

It was pretty addicting to watch ngl

Iris's eye is too small. Even in the show itself, her eye is bigger than the other's eyes, so why it's so small her is beyond me. (-1 point)

I think that you forgot the Skull part of Skull Boy's name as his head looks like shrink wrap around a skull, causing him to fall wayyyyyy into the uncanny valley (-1 point)

Other than that, you got Frank, Len, Poe, Doom and Ruby well. (7 points)

Scaredy though? I'm a biiit indecisive about him... He looks more like a cat than a bat, so I had confused him for Doom for a bit, but deducting a point because of that would have been tooo nitpicky.

thanks!, it's only my realistic/ stylized interpretation of the cartoon so it's not going to be entirely accurate anyways but I get where ya coming from...

god i miss this show