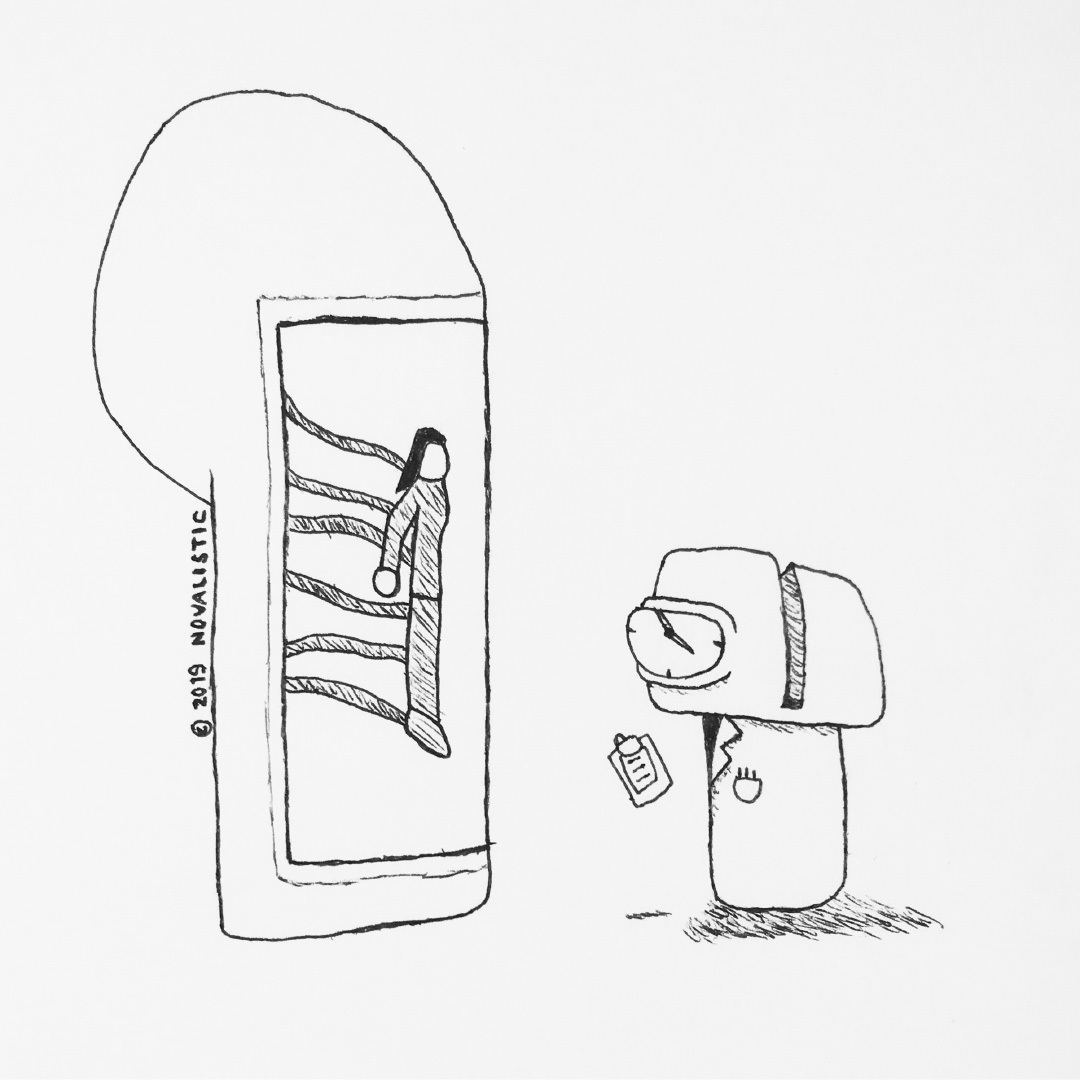 Remember when we thought the world was going to end in 2012? Good times.

This is a flashback to my part in the Clock Crew's 2012 apocalypse collab, The Meek, in which each participant assumes the role of a survivor of the 2012 apocalypse, retelling their story of where they were when the world ended and how they got there. I retold my story as one of a team of scientists tasked with the cryopreservation of human life for a future era.

I wasn't unwell yesterday, but my executive functions nevertheless froze and I never could get down to what I originally had in mind. So I changed ideas... twice... to get here. I'm really glad I managed to produce something decent in spite of that. I'm not sure about this shading technique though — it works very well for shadows, but not for representing darker tones. Let me know what you think.