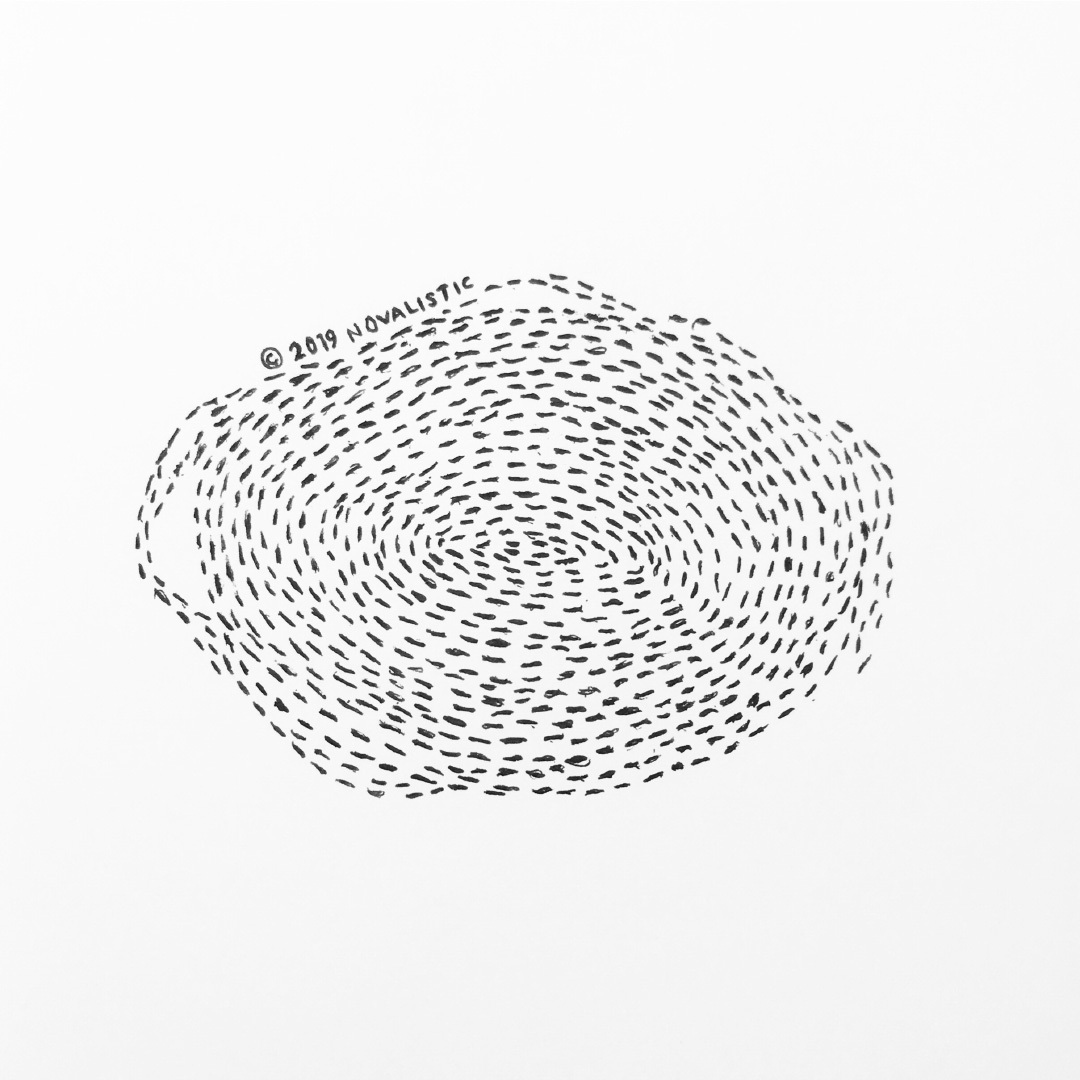 An ant mill, also known as an ant vortex or an ant spiral of death, is a phenomenon in which army ants, which are blind and instead rely on the scent of other army ants to find their way around, get trapped in a neverending and inescapable circle of movement when they lose their way. This results in all the ants eventually dying of exhaustion, as they don't even realize they're going around in circles due to being blind.

I was sick all day yesterday, so I've made do with the simplest visual interpretation of the word I could possibly muster. Ants do have a mind, mind — it's the perpetual follow-the-next-guy-wherever-he's-going movement that's mindless. Also, ant mills tend to appear more chaotic than the concentric circles I ended up with, so I added a little bit of divergence to the outer parts.