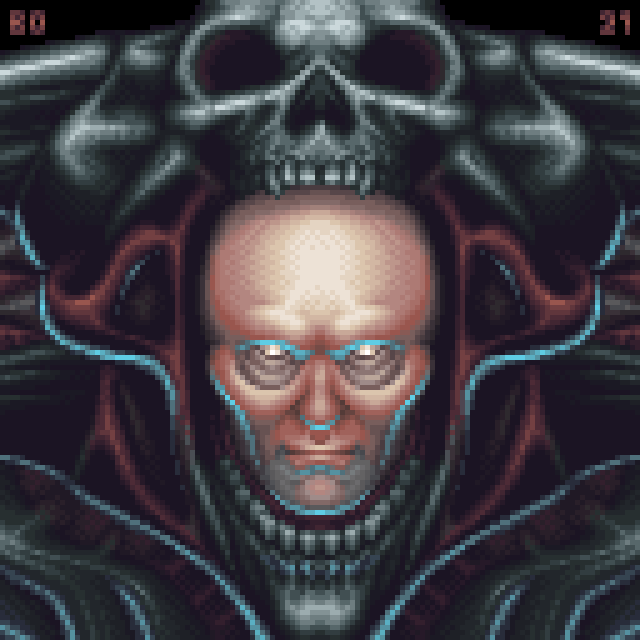 He's got a bone to pick with you!

This is the sad story of a bo named BoJustBo who liked to play with pixels. At first just a hobby, his infatuation with pixels became an obsession. He faced his demons by rendering them graphically. He perfected the art, eliciting awe and terror from the hearts of men. He had gone too far. One day, he looked in the mirror and no longer saw himself, but instead there was a monster, woven from an array of tiny squares. He had become PIXELATED.

That's a really interesting design. As usual, the lighting from underneath makes it creepier, especially combined with the glowy eyes and how they're set in his face. He's staring into my soul.

You still need to do the Doom Eternal/2016 Pinkies, they are so cute.