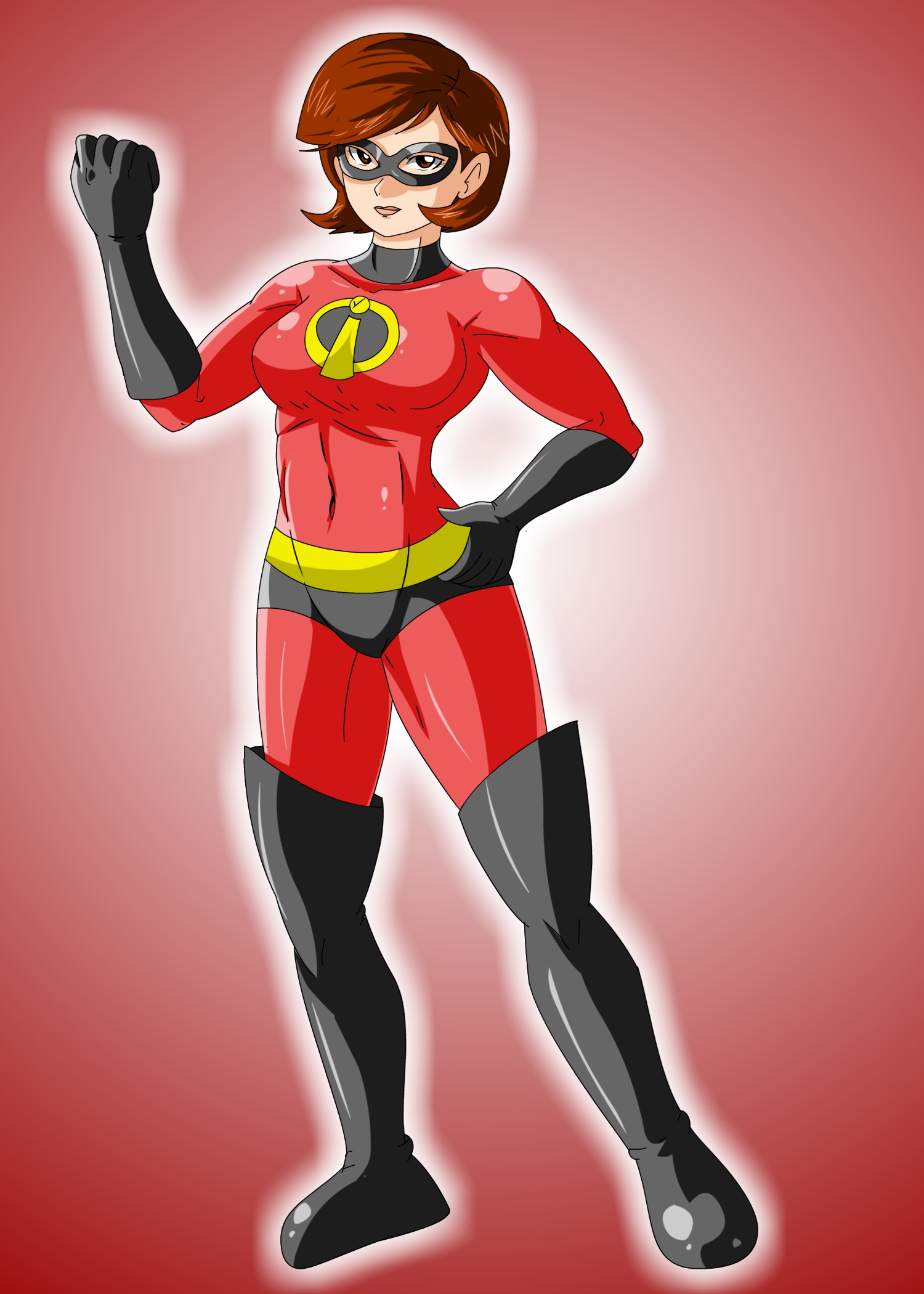 a request...well now you know why i never draw visible lips ^^

The lips are fine. I'm more worried about her boots.

(you know that scene in the movie, where she's staring at her ass? I love that scene)

Not my favorite work of yours, man. While I don't really have any problems with the hair, it doesn't seem all that special. The face itself is fine, but the shadows being cast on it seem pretty odd, the hair not shading enough of her face considering how poofy it is, while the domino mask seems to create too large of a shadow, considering they're pressed right up against the face and are pretty thin. The body shape and muscle structure seem awkward and kind of masculine, especially the ribcage and biceps. Her chest logo doesn't seem to bend around her body correctly, as the logo doesn't seem to shrink enough around her collar and continues to grow in size even though it passes the crest of her breasts and should therefore sink again. The colors and shine on her suit seem relatively uninspired. The way you drew her right arm larger for distance scaling is fine, but judging by how much larger you drew it, I think you should have either drawn her bicep over her breast or having the breast pushed inward by the position of her arm. Her hips seem to meld straight into her thighs, but other than that, they seem fine. Her boots just seem really odd, from the way it cones outward to not showing any part of her knee, just the curves of the thigh and calf, and all the way down to her awkward feet. The general shape and colors weren't bad, but I would say the biggest problem with this drawing is the lack of soul you put into it. All of your other work seemed so motivated and with a ton of effort, and I just didn't get that feeling from this piece. I can understand this because you said it was a request, but still.

yeah i really didnt had much fun drawing this piece. but not just because its a request, its also because i got alot other shit to work on.

She seems pretty muscular to be Elastigirl, and technically, she isn't Elastigirl unless she's in her Elastigirl hero suit. Right now, she's just Mrs. Incredible. XD