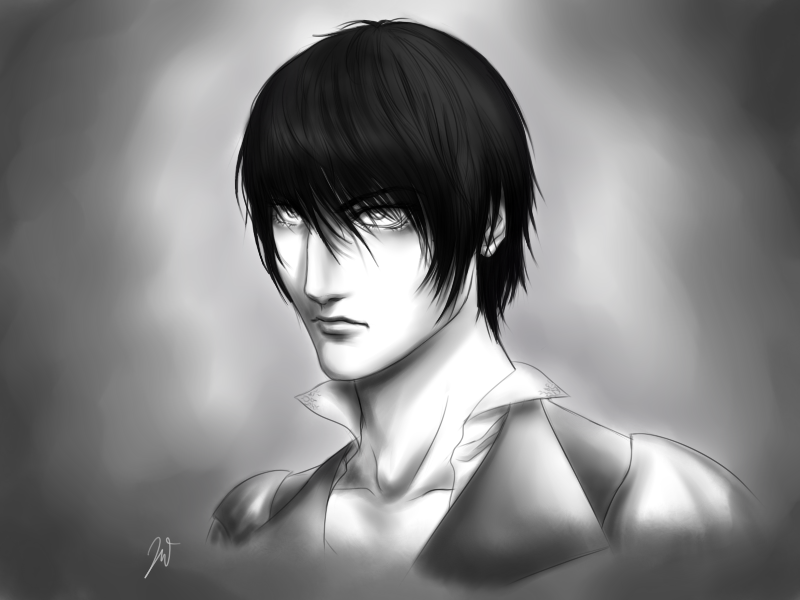 Born to a Surlvhalian aristocrat and his maidservant, Ira immediately fled in his mother's arms days after he was born; a father he had never known sending mercenaries to kill them for political reasons and war between Surlvhal and Resila. Dinah was unable to take back Mat'teniah, her oldest son, before fleeing back to her tribe of Adjura.

By the age of five, Ira and Dinah were forced to flee again when the war made its way to them. They were forced to separate from her family when the mercenaries came for them amongst the Surlvhalian troops. Fleeing west into Keldrian territory for the next four years, they sought refuge in Isalme and end their journey when Dinah contracted Breahs. A kindly well-to-do farmer took them in, but sheltered them in the barnhouse because of the contagious disease.

Ira befriended Mila Mulkivitch, the farmer's adopted daughter and she began to teach him their language. Scarcely a year had passed when their assassins found them out and set fire to the Mulvitich home, killing the farmer and his sons. Mila took shelter ira and Dinah, but that too was set ablaze. Bedridden, Dinah gave Ira a desperate choice in order to save his life, the boy not wanting to leave her. In the end, Ira and Mila fled before a band of Isalmian soldiers led by Transient Knight Rema Merloci rescued them.

The next chapter in Ira's life was as her adopted son by the name of Dusk Merloci. Grateful to her for what she had done, he kept his emotions distant, Mila being the closest to them. Taking time to adjust to the strangely assorted family, his sense of loyalty led him to train under Rema and do the same for others that had been done for him. Joining Isalme military to fulfill this oath did little to qualm the shadows forming within.

Before being accepted into Ematus Sercia's order, Dusk trained in the cursed forest of A Piedi del Morto, where he encountered the Daemon Wolf, Heraphent. Unable to overcome it nor withhold the enmity it sought to exploit, Dusk was possessed, found hours later by Rema and Miriam.

Dusk never revealed what happened, but Miriam's own past experience and ability to sense the abyss led her to conclude what took place. It would not be until Ez'eliazar Catacombs where he faced Asad of the Hasheek Tabalket that Alastor/Heraphent made himself known to Dusk. Before confronting the rest of the Transients at Ematus Sercia HQ for their involvment with Surlvhal's plot against the king, Dusk took the glyph meant for him, the Eye of Abaron; it's uncertain if this was of his own will or influence of Alastor.

Despite his struggle against the demon and aiding Rema in uncovering a dark plot, Dusk continues to fall into disenchantment with the world with the evil he sees, edged on by the evil spirit. Before he is consumed, will he face what he considers his greatest sin that he could never forgive himself for as a boy?

Breahs? I would guess that is some kind of flu. Each character, the plots get more and more complex. I haven't even tried to connect the different stories yet. This dusk character is a bit odd, He seems like a chaotic neutral, considering he's possessed.

A really bad flu, haha! I haven't worked out ALL the details about it, but Breahs is kinda like a plague, just not on the scale of the Black Plague. There's a lot of interconnection, but it will be easier to keep up with once I finish the other portraits for characters.

Hmm. That's an interesting term, "chaotic neutral". I guess that is a good way to describe him. I want to avoid the angsty, brooding protagonist by making him believable in that he is a quiet person, but not antisocial. Not that antihero types don't exist, it's just that they have become one-dimensional in games and other media, people focusing on one aspect and forgetting all else.