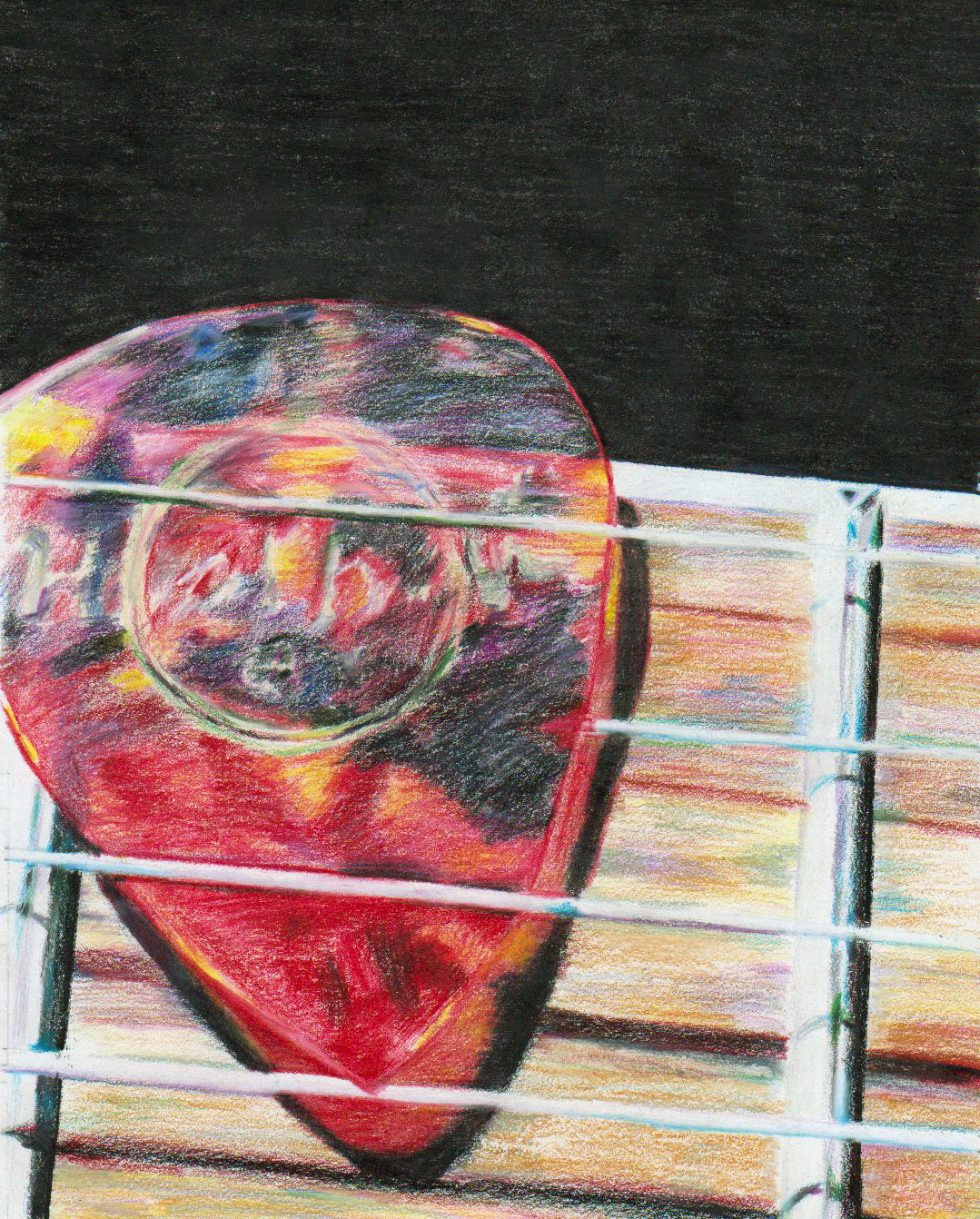 The most fun one to do in my concentration, I went for an extremely graphic-design-based approach and had fun with the colors. Done with colored pencil, a little marker, and ink for the background.

The coloration for the pick was done really nicely and the overlapping and positioning of the pick was pretty nice. I don't want to nit pick, but there are some flaws in the piece.

However, those were just said to say some flaws. It doesn't make the composition anymore graphically unappealing.

Though I could've done a better job of showing it, the overlapping issue is actually the shadow of the translucent pick going under the string while the pick itself just barely hits the top of the other string.

Thanks for a sweet review =P