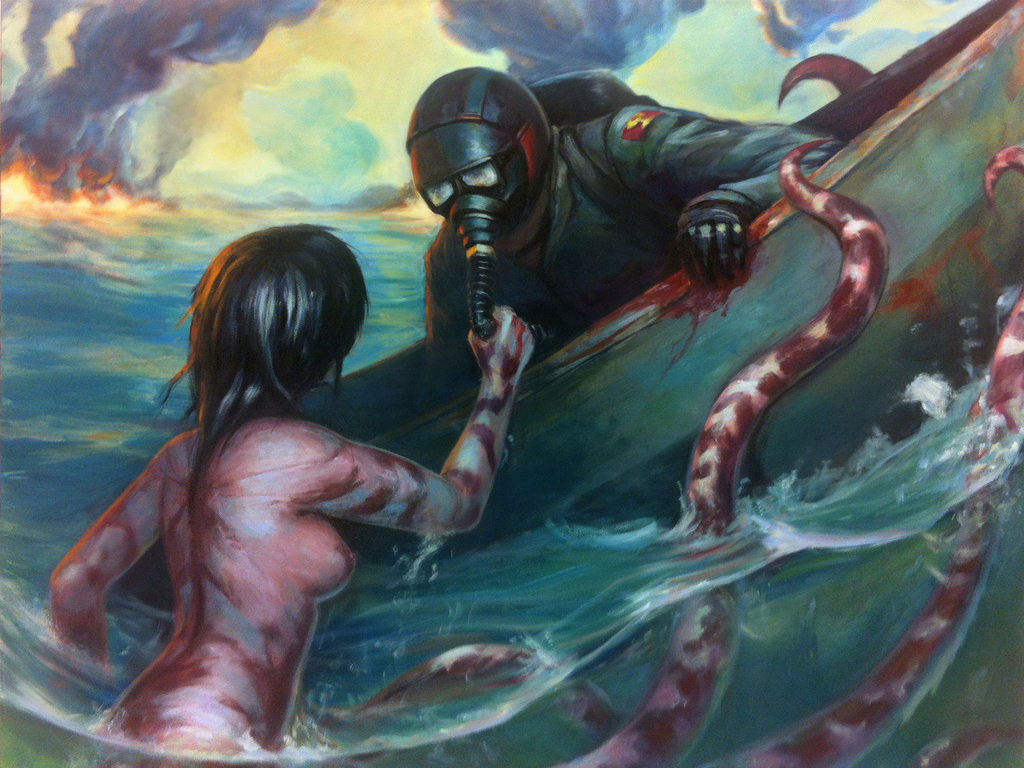 I really like this piece, but what inspire you to do it?

I was really interested in hybrids of humans and animals, and I have a love for dystopian/post apocalyptic settings. :)

Ursula the sea bitch. I would not want to get caught in her tentacles, no.

God those colors are fantastic. You really seem to know your way around a brush. The textures and details are fantastic! I just love this whole picture.

Thank you! Yeah I'm really happy with the colors in this painting. One of the reasons why it's one of my favorite paintings I've done so far. :)

Was just to question who the monster is in this motive, but now you've already said it so... well, I can't ask the question! And as for the answer, it doesn't sound as spectacular when it's provided (definately man, though). It's man in a dual sense, come to think of it, the tentacle lady being just that.

Overall motive reminds me a bit of Bio Shock, with the beasts lurking in the water, the flames in the background... that's just how the game started! Very nice attention to color; atmosphere here, and I like how the wave's sliced open, as if you're viewing the image through a window.

Ah your right, perhaps I shouldn't be providing the answer to the questions. I like how ambiguous this paintings is :)