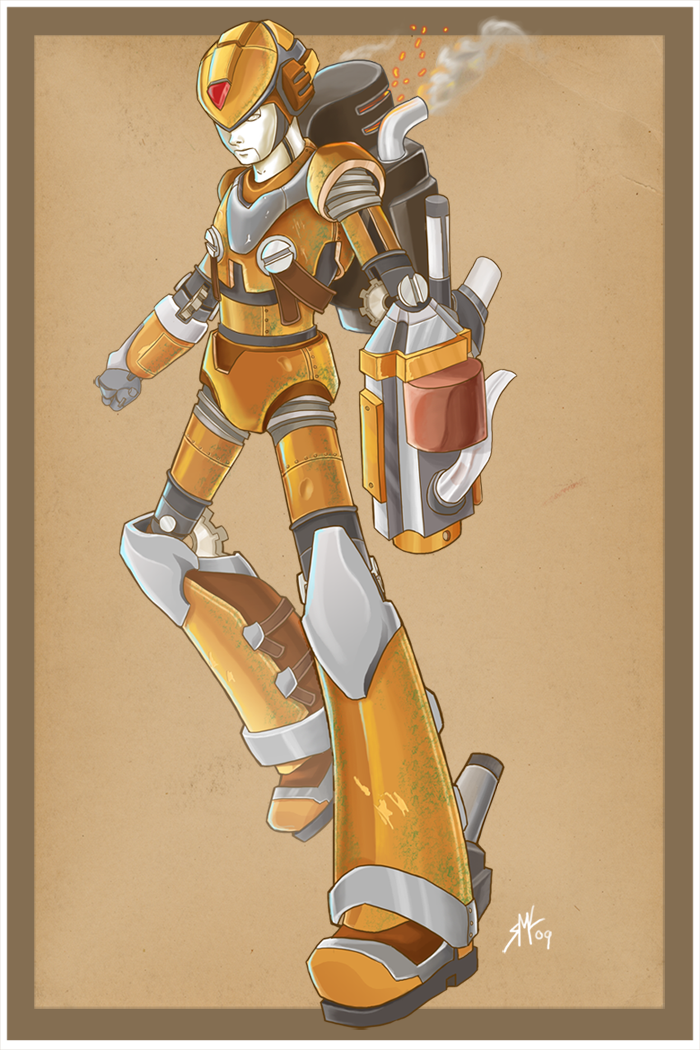 I figured you aren't cool unless you have at least one piece of Megaman fan-art, so I threw this together for my Newgrounds portfolio. Also, I've seen a few other people attempt the steam punk style on him, but I didn't think they did it justice. I think this turned out well.

If Keiji Inafune made Megaman Steampunk

I bet if Keiji Inafune actually made Megaman Steampunk, the setting alone would take place in the old west where the creation of steam-punk robots have taken place in the era of the old west itself and an old wild west version of Dr Wily would still attempt to take over the world only for his attempts to end in failure by the Steampunk version of Megaman himself.

Either way, this is one slick animation and I bet you took your time on it.

Not a megaman fan

but this is some good stuff.

reminds me of X

even the dents look nice ;D