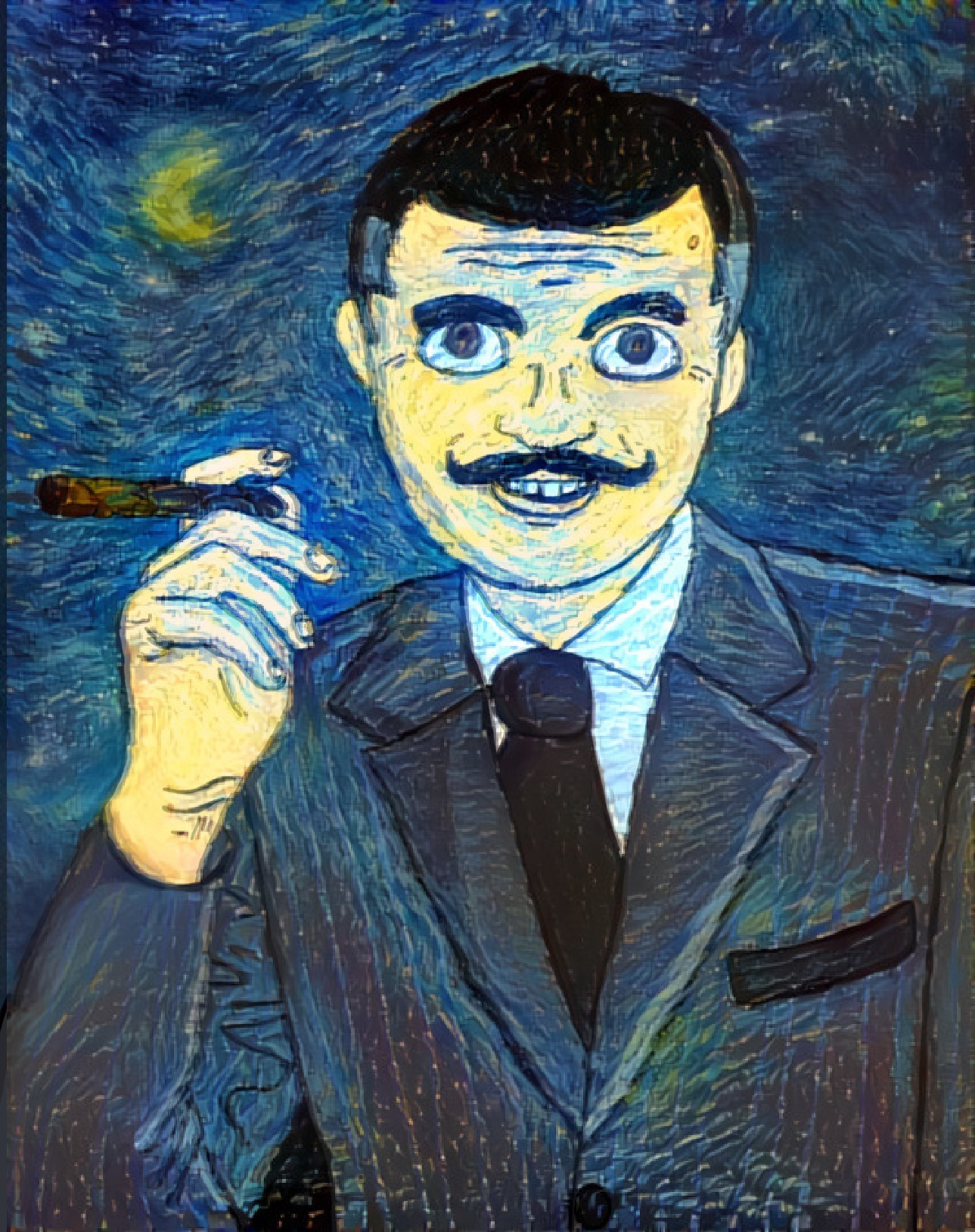 An totally original character so closely based on Gomez Addams that it borders on copyright infringement. Ricardo Gomez, not to be confused with Gomez Addams, is a mustachioed, chain-smoking "master of the mystic" and hunter of all manner of strange and demonic forces. Okay, he's basically Gomez Addams mixed with Simon Belmont and a wizard. He is of Hungarian-American decent, but little else is known of his past. He's known for his energetic and eccentric personality and for his piercing, wide-eyed stare. He smokes cigars constantly and wears only the snazziest black suits. He's in shockingly good health for his age and considering how much he smokes. He claims to be a powerful magic user specializing in lightning spells, but is reluctant to show his powers. The question of whether or not he can actually do the things he claims he can do is exacerbated by his unbelievably tall tales. The creatures and terrible monsters from his stories get bigger and nastier every time he tells them, and he tells them a lot. He's an exaggerator through-and-through. He's very intelligent and sharp-witted, if a little bit goofy. He's a crafty man and though his plans are often crazy, they usually succeed in the end, much to the surprise of his peers (and perhaps himself). He's a very optimistic, talkative and jubulent man who rarely loses his cool.

Okay, I was inspired by the 1960's Addams Family show to have a character in my book based on John Astin's portrayal. He doesn't stick all that close to the source material, but it was always my favorite version. The more I developed the character the more I realized it was just a carbon copy of Gomez Addams who hunted vampires, right down to the two sharing the same name, though to be fair, a friend suggested the name Ricardo Gomez. I just decided to embrace it and draw him almost exactly like John Astin's Gomez Addams. Incoming lawsuit in 3...2...