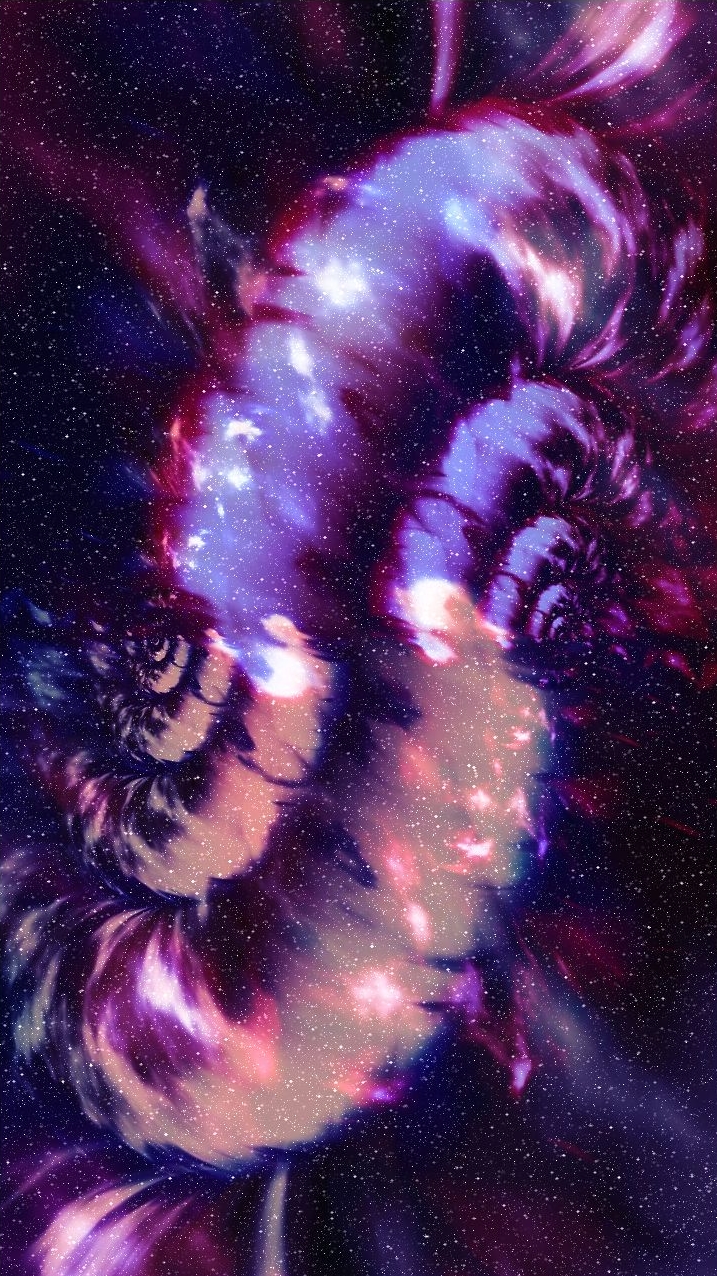 This was an ambitious single-image project that took altogether about 12 hours rendering in Bryce 5 and some postwork in IrfanView. Comments are appreciated and thank you for viewing.

Was the first thing I wais when I saw this, it's really interesting, I must say.

I like renderings/paintings/works situated inside space because space doesn't have huge bilboards and brand logos that remind you of the really stupid, simple or heavily funded projects of earth, like advertising, or brands and such.

So that's why I initially liked this, but it also has other interesting aspects too.

The color sceme is nice too. It's like a monochrome of blue and purple, giving it an interesting aura, with the white as a surreal contrast to the deep-space black.

Now these 'demons' remind me of two (nebulii?). Almost as if they were both like twin stars, then suddenly both expended thier fuel and imploded at the same time, creating the wierd equator at the middle.

Now some people would simply say 'oh you copied that.' I like to think that it is the equalization beteween the traveling material and forces of both 'demon' nebulas (yeah, there we go). I know it sounds like I'm making an excuse, but I like to interpret it like that. :P

On a smaller note, I also found the blending of the two 'demons' interesting too since they look like they're still moving, which is cool. If I was to go into further detail with blue shift vs red shift, then they wouldn't be colliding, unless through a Z-axis. But since I like this piece so much, I won't rate it through practicality.

Thanks very much! Interesting thought about the nebulae, although I think the bit about expending fuel might pertain more to stars than stellar nurseries. After a few Google Image searches, one is forced to conclude one thing: the universe is a glorious thing. :)