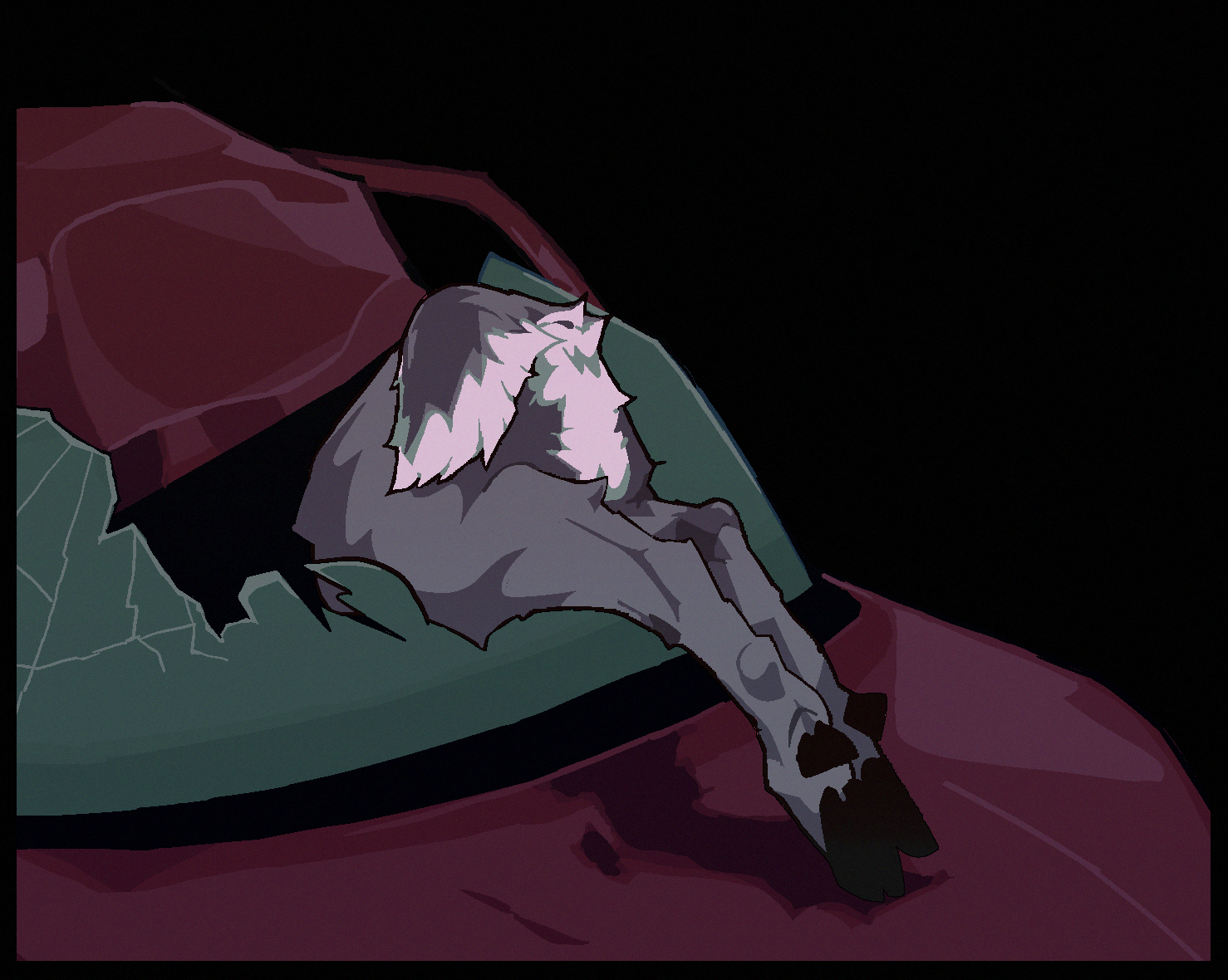 God the more I look at this the darker it gets.

The lack of gore really adds to the lasting impact of the piece and lets the imagination run wild thinking of just how fucking mangled the other half of that deer is, if there even IS another half.

If it was overly gory, I would've just looked at it, thought "yep, that sure is gory" and gone on with my day, but instead I looked at it, thought "what a well rendered deer" and then realized it was crashed through a fucking windshield and then wondered if it were the driver or if it got hit, the angle seemingly implying the latter, but then is it just a standard deer getting run over by a human, or is this a deer getting run over in a world of animal people? I can't stop thinking about what isn't shown and I love it.

It's been so cool seeing your art develop over the past year or so, and your style has really evolved into something so uniquely you. I'd say "morbidly cute" is a great way to put it. The deer is cute, the car is cute, but the situation is so morbid.

This is really flattering, I appreciate your interpretation a lot and how much meaning you were able to get from it