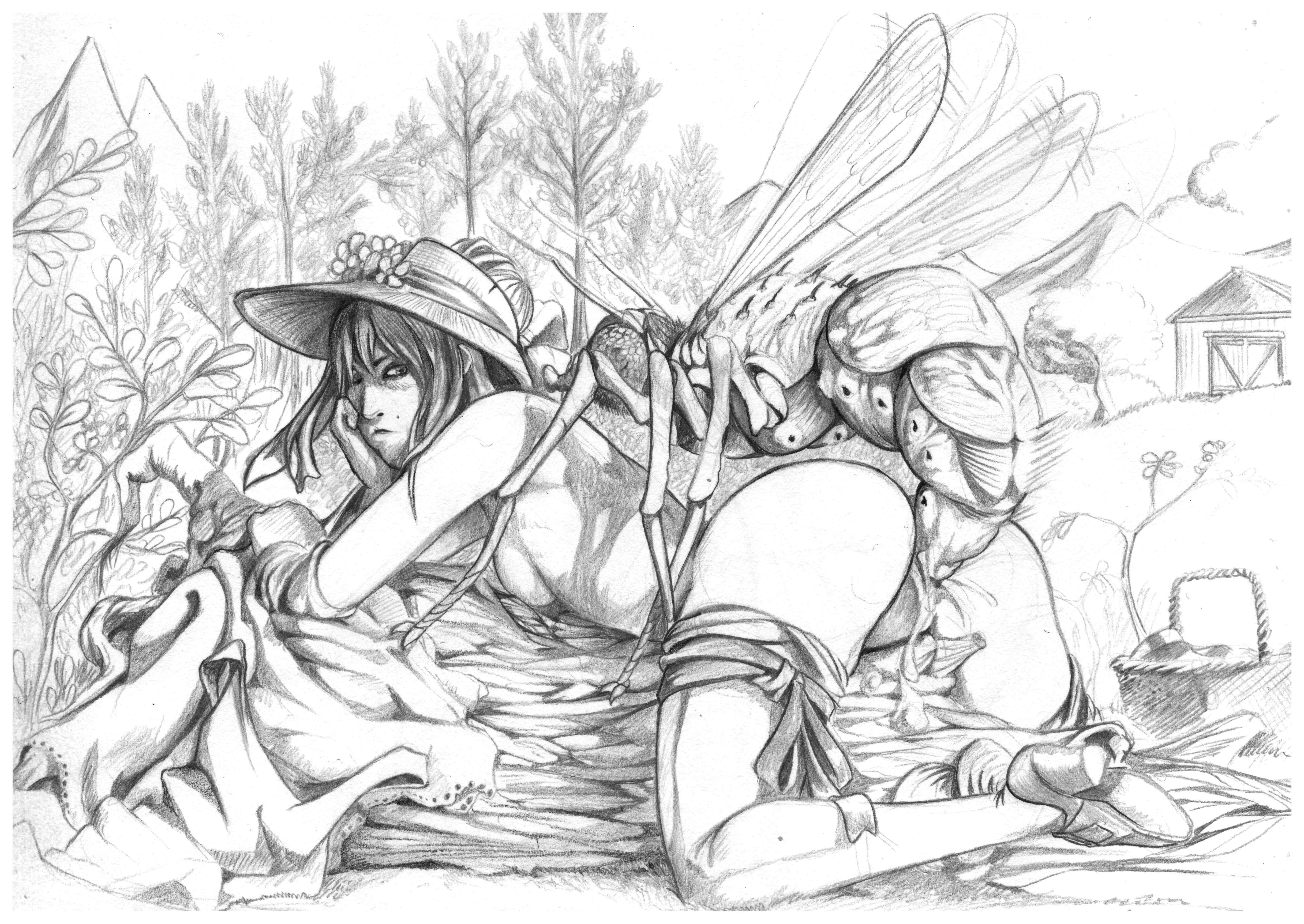 "When her mother fell ill, she had to take care of the house and also pay for the medicines. She started to cook for the workers of the Mine and soon her omelettes were famous all around the County. No one knew what could be her secret ingredient and she denied with a blush in her face to say a single word about it to anyone who asked. In fact she discovered it by chance, in an extremely old cooking recipe laying in the old library of her house. Insect eggs, according to the recipe, will give a fantastic flavour to any omelette, though harvesting this could prove extremely difficult for even a seasoned enthomologist. Though she was a smart girl and she knew one or two things about insects, their mating costumes and their reproduction tactics. Some of them, according to another book, use to put their eggs inside a living host as a way of procuring a safe enviroment and nurturing source for the larvae once the eggs hatch. She only needed to safely remove the offspring before they start feeding on her guts once they were inside, but even with this bold approach, to have enough raw materials to feed all the miners, she would need a huge amount of eggs and the process, after a few runs, could prove rather repetitive and laborious".