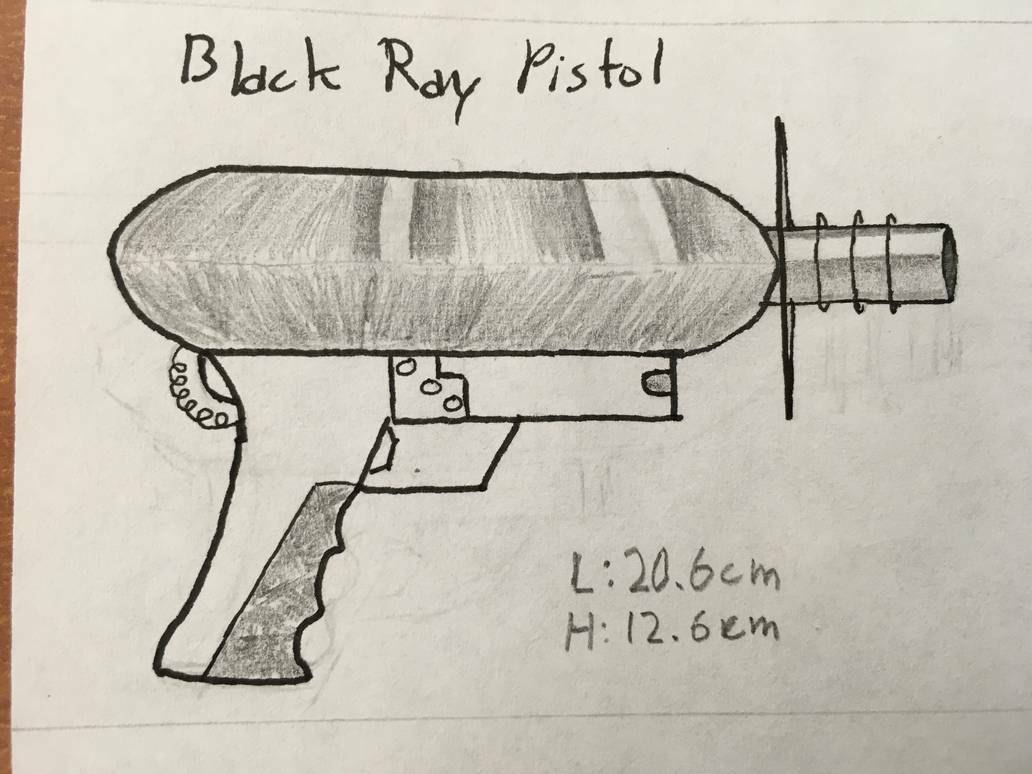 Another inking practice from around the same time, except time it’s the black ray pistol from Gamma World. It’s supposed to be a very powerful weapon that destroys any organic matter its beam touches, but not any dead or inorganic matter (go figure how that works!). I imagined such a beam could be made of high-velocity electrons, since accelerated particles are pretty deadly to living things, so I made the body of the gun resemble a toroidal, magnetron like device. On the barrel of the gun, I added a back scatter shield to add some realism and keep users from zapping themselves with the beam.