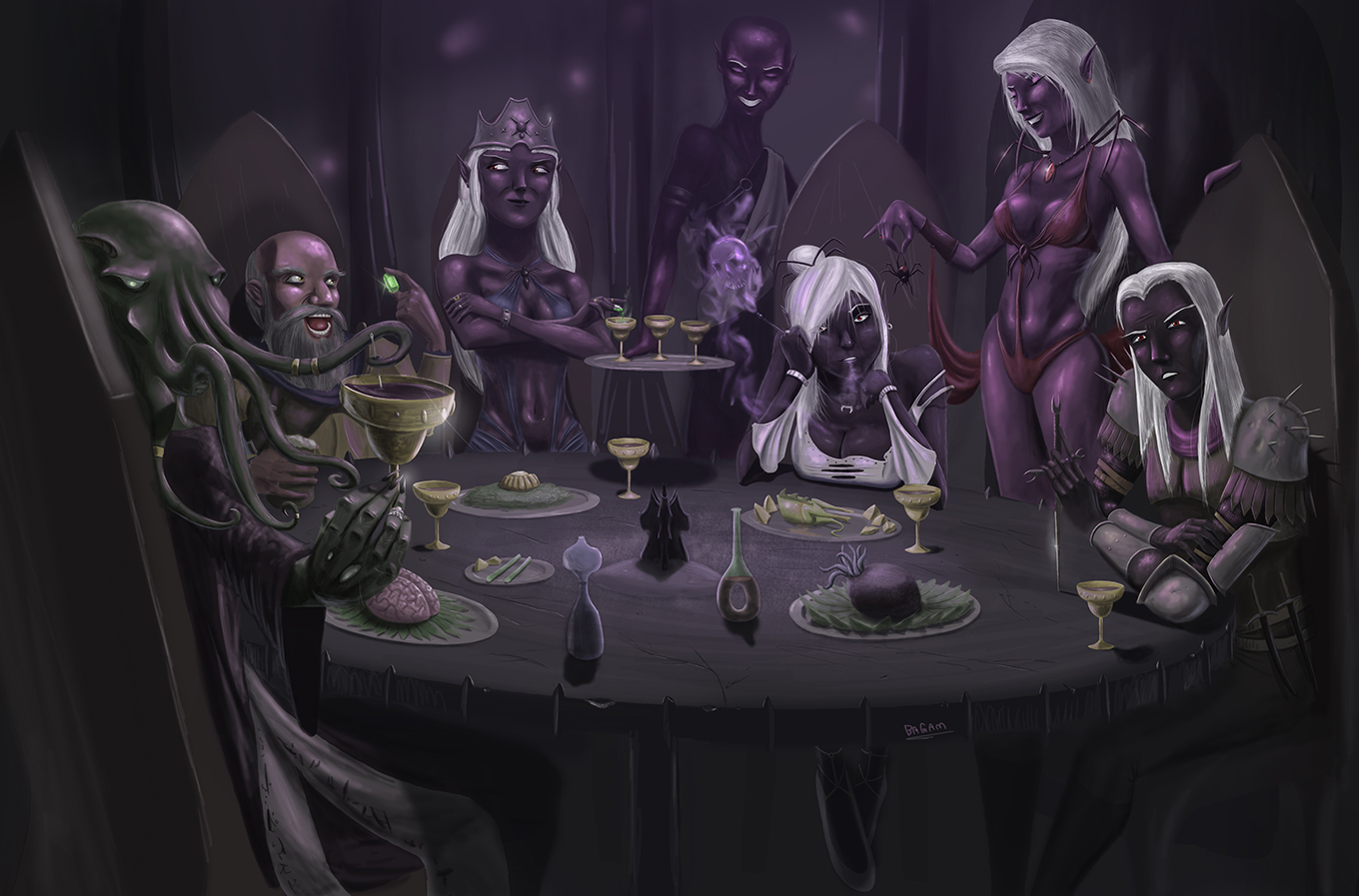 Some Underdark habitants enjoy some quality time together in a restaurant, somewhere in menzoberanzan.
Yet even here they don't seem to be able to stop plotting and attempting to backstab each other...

Love this piece. It's the casual atmosphere that gets to me. Most fantasy pieces show characters slaying dragons or fending off hordes of enemies or somesuch. You don't see many that show them just chilling. The colors you use give off a dull (dulled?) impression which isn't quite to my taste but as stated - that's my taste and shouldn't be taken as objective criticism or any criticism for that matter.

P.S. I saw the mind-flayer testing his drink for poison and lost it right then and there.

Wow. This is stunning. I love the colors, the ominous yet chill vibe; and the detail you've incorporated is just amazing... DnD fo' life!

Thank you! Follow me if you want to see more DnD stuff.

This is great, I love D&D and as I'm writing this I just got back from slaying drow in the Underdark. Good times, only not for them. This scene must be before I got there. All in all a great piece of work. Added to my favourites so I can look at it more often.

Poor Drow. all they wanted to do is have some fun together, enjoy a meal and poison each other in a civil manner. But you just had t ocrash their party did you?

This reminds me of some of the Lovecraft literature that I enjoy for some reason, 4 stars.

Oh really? how so? does it has drow hanging out?