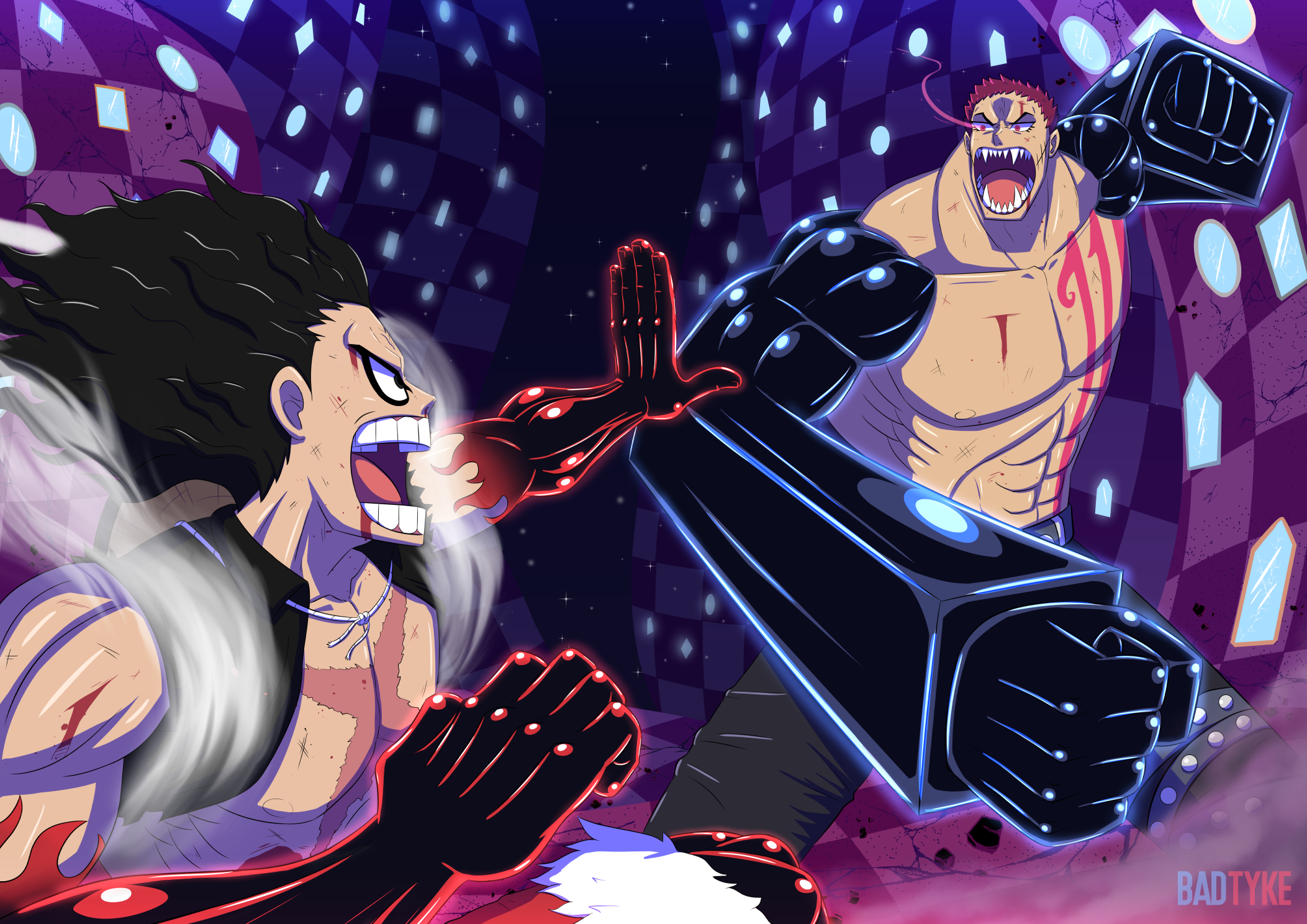 Tbh I feel like I hit a new milestone today and I can't wait to see if I can top this one in the future!

I think if you play around with Luffy's powers, maybe have him in the middle of hitting culvering or king cobra, you can add a really good effect by having his attacking arm stretching everywhere but still being in the same position of being about to attack, rather than having him just posing, so his arms can be in the same place, as they are but by changing the point of origin it will look even better.

As for Katakuri you could add his floating donuts and extra arms in the back ground, that will also add more intensity to the image and show how incredible the battle was, which would among other things show off their powers effectively portraying that it was not just a brawler match but truthfully a face off between ability user.

Those 2 things can add to the dynamism of the image, without you having to modify their poses or most of the drawing since they would happen in the background, the biggest edit would be to Luffy's attacking arm since his fist would have his point of origin off frame instead of connecting at the elbow since he would be stretching like on the actual fight.

Anyway great image, i don't think the poses actually look stiff, they just look normal, which is only a problem because their fight was far from normal.

Oh man I really had something like that in mind, especially the floating donuts but I kinda didn't like the way I drew them and was a little too complex for me at the time so I decided to make it more basic. Nevertheless I really should've bumped up the action with some crazy devil fruit feats!

Thank you for your honest critic! I'll make sure to work on the action dynamic poses next time!

the man with the rubber fists

i liked the colors but the poses are a bit stiff

Noted. Thanks for sharing your feedback!

Thanks! Katakuri for nakama haha