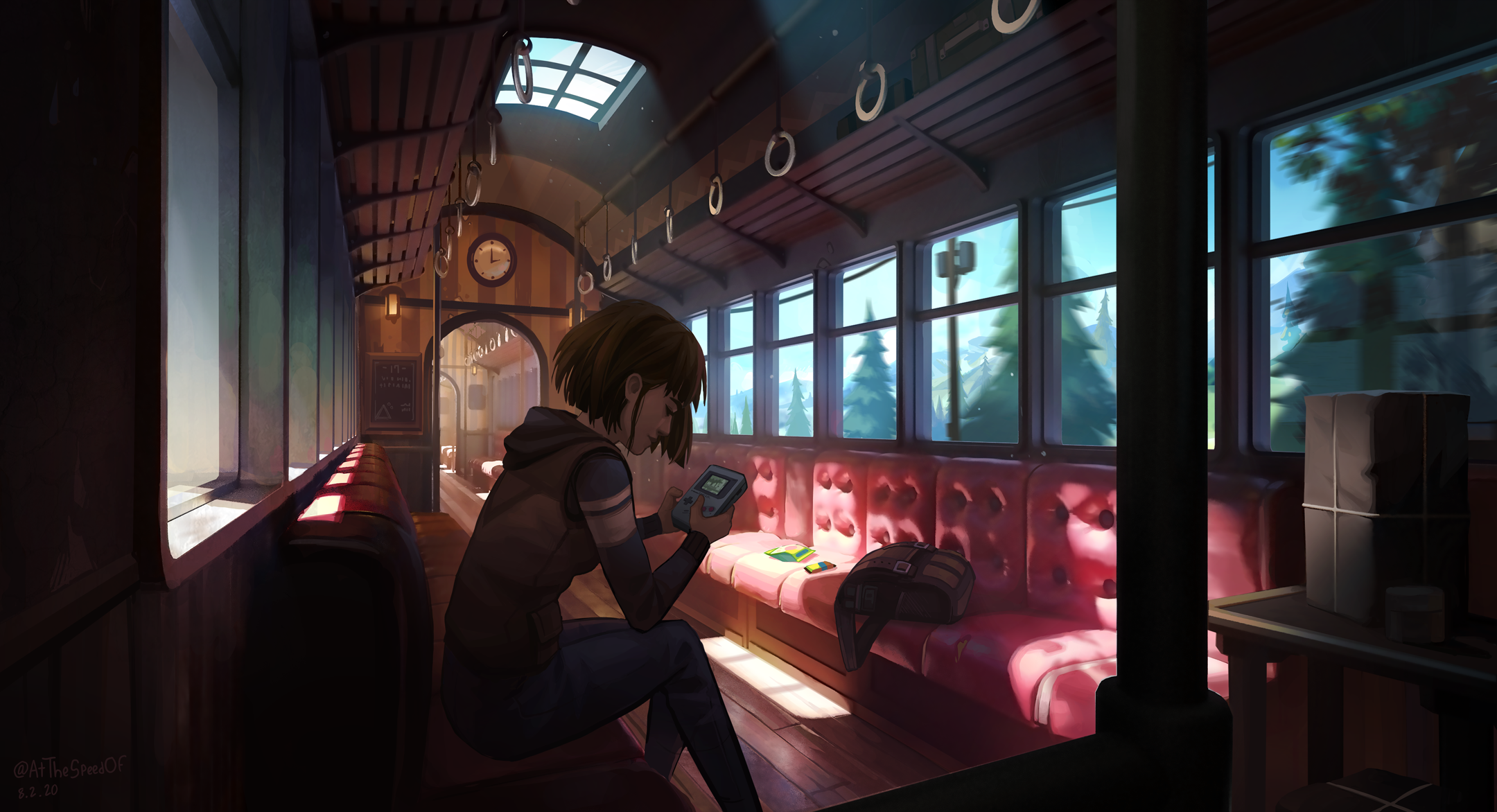 The ambient lightning is marvelous compared to your previous arts. You got many people's attention, congratulations.

This (and a lot of your other illustrations) have a very "Alan Wake" aesthetic. Also similar to whenever someone converts a Stephen King novel to visual media. The nearly-vacant train hurtling through a desolate landscape filled only with pine trees here and there is pretty... Ominous. I think it's something of a talent to do horror-themed stuff without having to resort to monsters, murder or jump-scares. Just setting the scene and using implications to create a growing sense of unease.

On another note, the layout of the train car is similar to a metro car, but it's passing through the middle of nowhere; interesting... I second other guy's question.

Thanks, Alan Wake has the exact kind of style that appeals to me. The train here is mostly based on the train from Spirited Away.

Coziest train cab I've ever seen in my life. Is this based on a real thing?

Thanks. This is mostly inspired from that one train scene in spirited away.