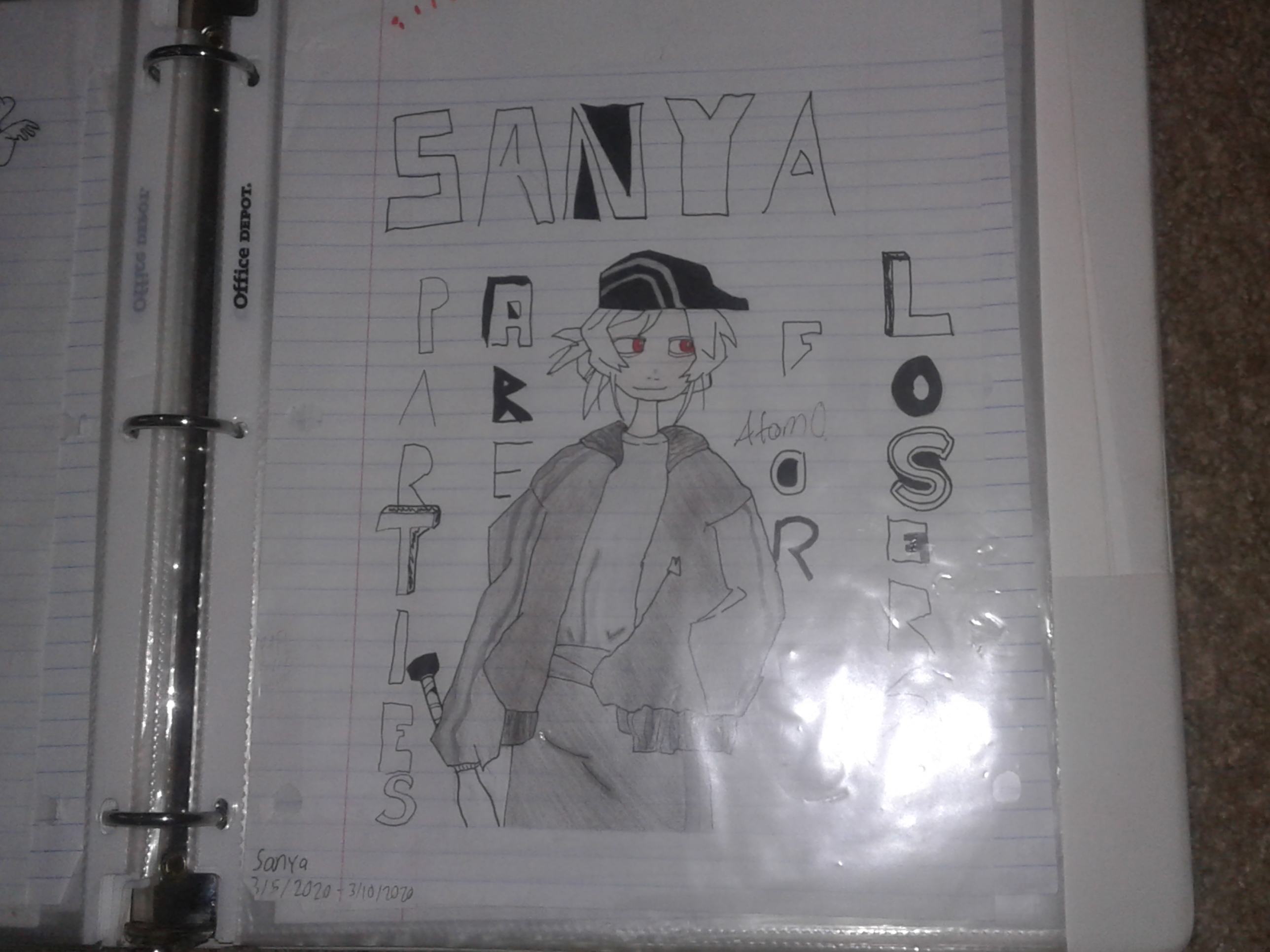 Here she is in all her badass glory!

Sanya from the Parties Are For Losers series by Ferry on YouTube!

I absolutely love the story and you should go check it out! There are currently 6 videos in the series, starting back in Jan. 2019. The story is about some troubled teens living in this Easter European city. Creatures that are called mutants go around as humans, but with secret powers.

I won't spoil it for the rest of you, but I do highly recommend watching it!

See you all later tonight where I'll show you the WIP picture for a school project! And tomorrow look forward to another Hazbin Hotel drawing!

I'm planning to do most if not all the characters from Hazbin Hotel, Helluva Boss, and Parties For Losers, I'm super excited for all of them!

This is Atom O., signing off!

P.S: This is one of the first times I really recognized the importance of lighter and darker colors as you see on the arms, making them pop out more. Not bragging I'm just saying I'm proud that I'm getting better is all.