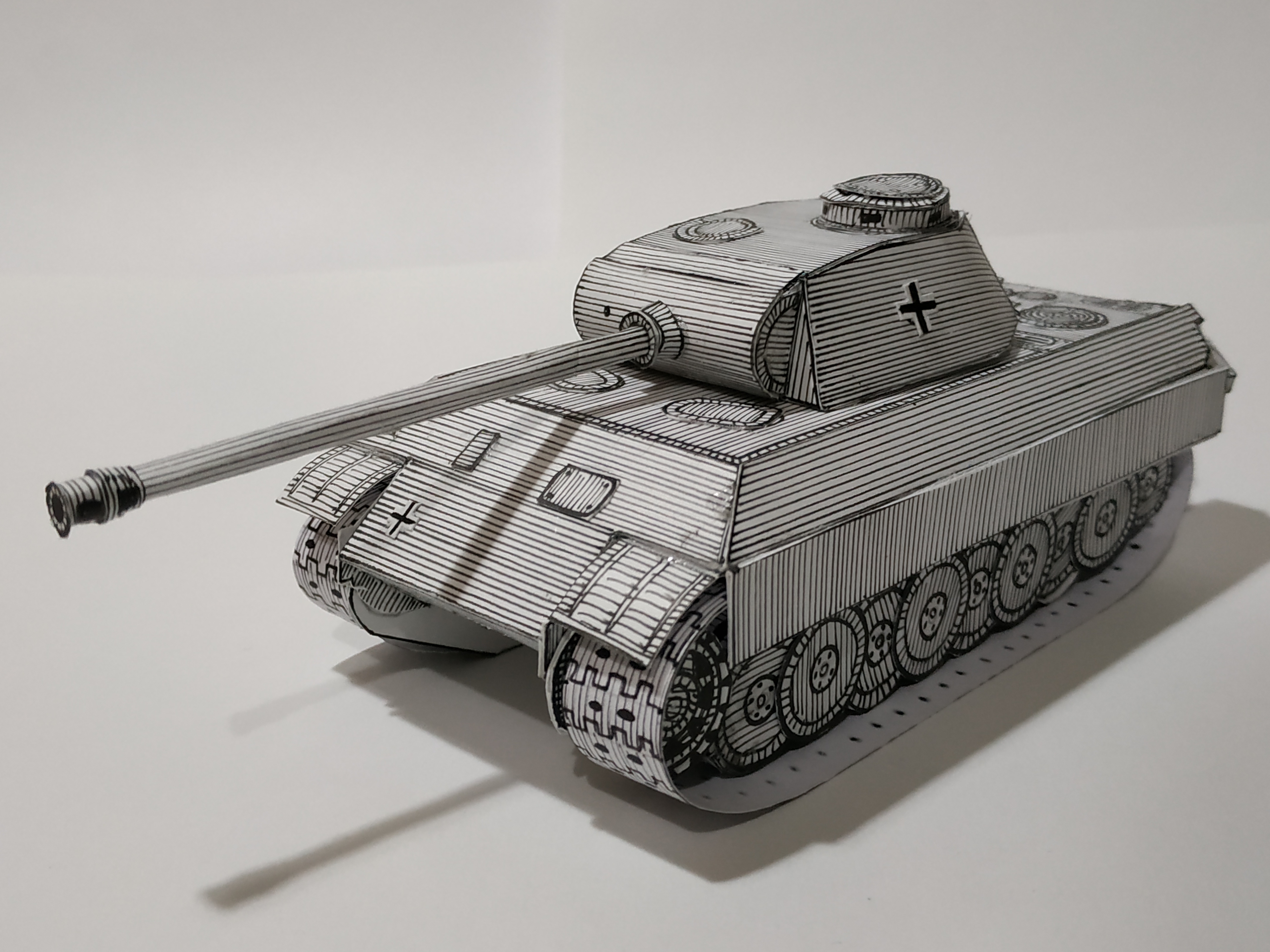 Is a German medium tank deployed during World War II on the Eastern and Western Fronts in Europe from mid-1943 to the war's end in 1945. It was designated as the Panzerkampfwagen V Panther until 27 February 1944, when Hitler ordered that the Roman numeral "V" be deleted.

The Panther was intended to counter the Soviet T-34 and to replace the Panzer III and Panzer IV. Nevertheless, it served alongside the Panzer IV and the heavier Tiger I until the end of the war. It is considered one of the best tanks of World War II for its excellent firepower and protection, although its reliability was less impressive.