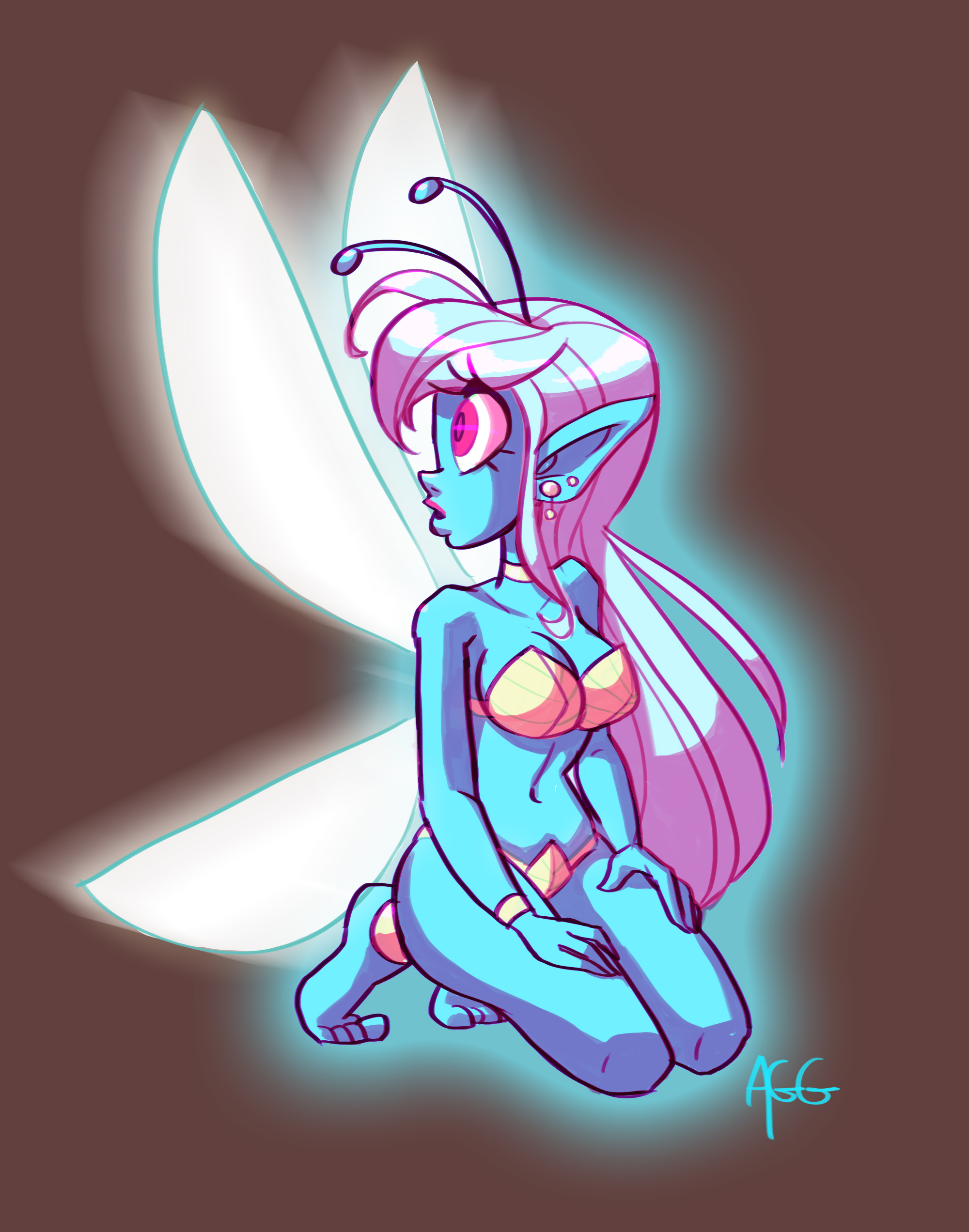 Recently discovered your work and really enjoy your style and sense of color, keep it up!

Simple and nice color choices. I have a feeling if OoT captured how Navi looked beyond being a blue ball light with wings, she would likely look something like this with a constant look of concern for Link.

Would not mind seeing more video game stuff like this with your thoughts on how smaller characters might look actually.

Great stuff. Like an off world tinkerbell. Absolutely love the choice in palette and how you've become very efficient with layered depth/contrast.

Only thing I would say could use some work is (akin to another picture you drew with wings) 'anatomy'. I know this is a fictional character and all that but if you look at the angle and placement of the right-most wing (relative to the picture, not the orientation of the character) it seems a bit off.

The wing to the left seems to be at the correct angle and orientation, however the right one appears to be plainly mimicking its counterpart.

I would highly recommend taking a look at insects at different angles for reference. I've a friend that spent some time on that and she now has a thorough appreciation for this kind of stuff as she tends to draw pixies and creatures of myth.