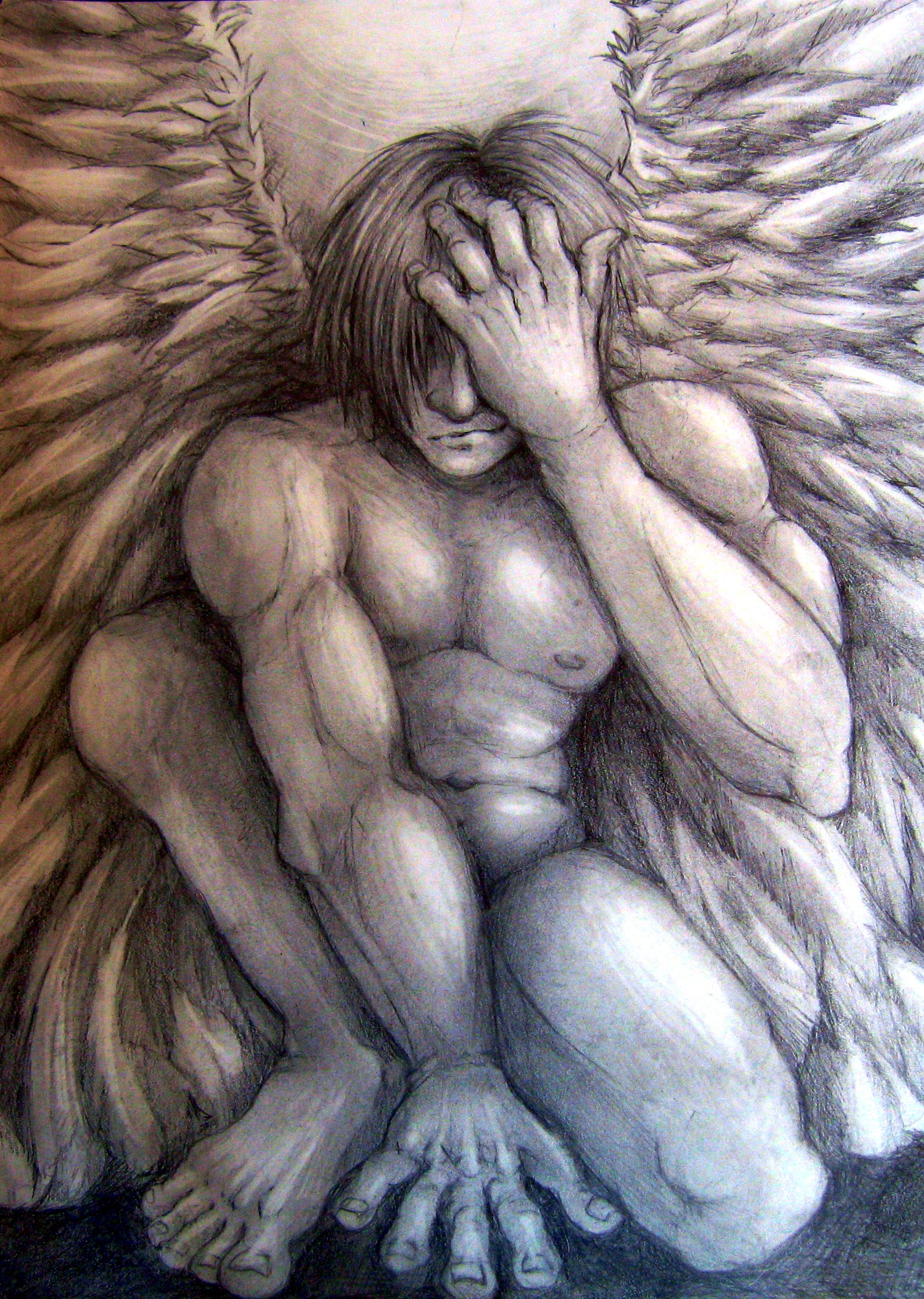 I personally feel like the hands and feet are a bit out of proportion, his one knee is kind of big too. And I would have liked to see like some hair falling through his fingers, and a bit more face showing, might have added more detail/character. However this to me doesn't seem like a totally finished project, it's in a sort of sketch form to me, but the shading and concept is beautiful.

A excellent job in my opinion, and the little smile is just perfect.

The hands and feet, particularly the nails and bones, are well pronounced. However, the face is buried underneath hair and a hand. Clearly, there is greater emphasis on his extremities and overall physique than with his chief source of emotional expression. This was probably done well before you had the idea behind those black tattoos for his eyes. His right hand (the one on the ground) looks severely distorted, to tell the truth.

It's difficult to get a full perspective on the wings; I doubt there was a large enough piece of paper for your chosen level of detail, combined with the emphasis on the figure itself. Asaroki's pained kneel is the center of attention, although the wings behind him are just as important to his story as the rest of him.

There is a heavy load of detail. Clearly, this was done in a time before getting human proportions down pat. However, the detail is intricate enough for most people to overlook this.

If you ever wanted to redo Asaroki in pencils, consider an image or pose that clearly details his extremities. This suggestion includes wingspan, so you can't put too much detail in the figure as it will have to be smaller on the paper. I'd try going for a canvas and painting him, if possible.

Overall: decent work. Keep it up.

not your best but good nun the less