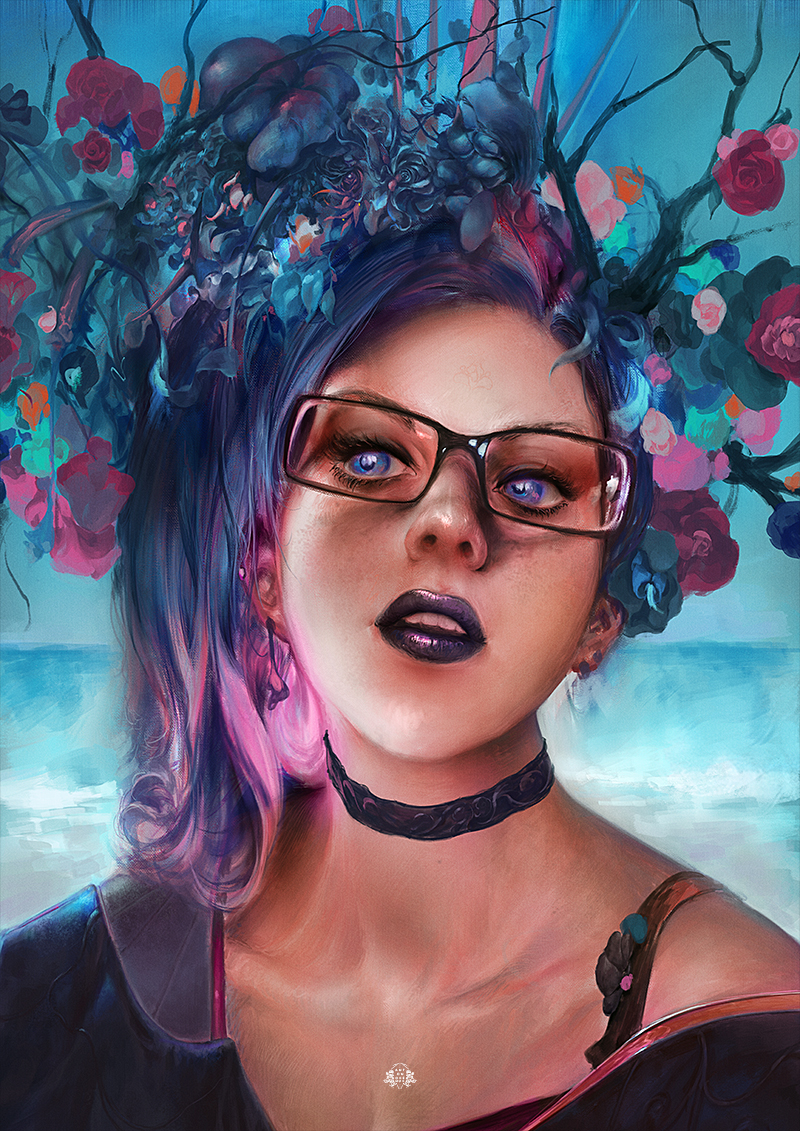 A crown of flowers. Seaside horizon. Light brushing upon her face. A moment of serenity.

Really beautiful :) Love the mix of fantasy elements with the modern; such as the glasses alongside the flowers and branches

When i see works like this, which include modern attributes, I wonder what classic artists like Van Gogh, Claude Monet, or Rembrandt would think of it, how they would interpret it into renascence or Victorian era art. Leonardo da Vinci once said "There are three classes of people: those who see. Those who see when they are shown. Those who do not see." i wonder how he would react, becoming the one who is shown, since he was previously the one who saw.