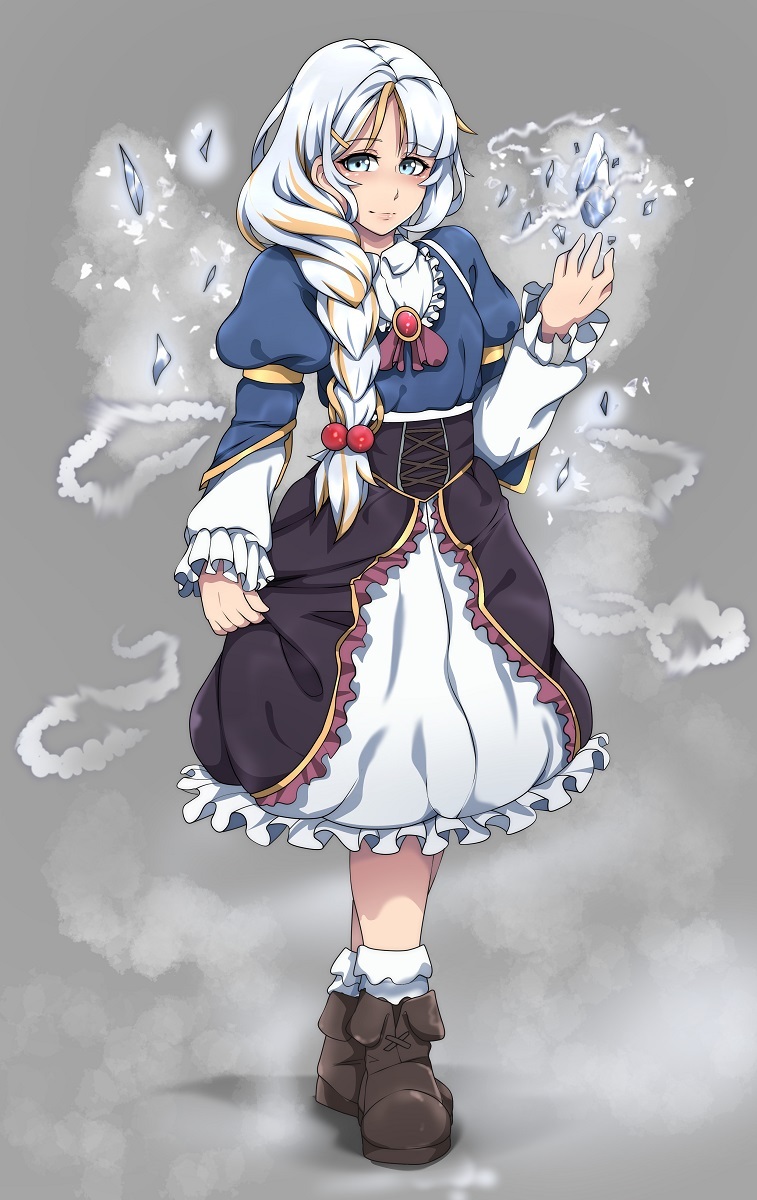 New original character Nimue. If you are new here, I’m creating a nsfw/hentai story for my Dark Souls character Antianarah. Nimue is her young sister and the main reason that she started adventuring in Dark Souls world. The focus of the story is NSFW but I’m not going to add NSFW art about Nimue since she is a minor.

Nimue is born with a rare spell power, she have some control with ice element. But Antianarah never let she to be trained as a mage, the world is too dangerous and if she become a mage it’s sure that she would have to fight monsters. So Antianarah became a warrior so her sister didn’t have to learn how to control spells.

In a day, a group of mages captures Nimue to test her rare ice spell to try to make experiences. Could her power be a key to create an alternative to the world that is dying without the Prime Flame? That’s what they want to discover. Antianarah will not allow the group to use her young sister and so her adventure starts.

Commissioned Art made by ShyMiruku.

If your enjoyed the art, fell free to follow me on my socials medias for commissions about Antianarah and more.

PATREON - I just reopened my patreon. You can purchase the Antianarah pack with all the arts in high resolution for $5.