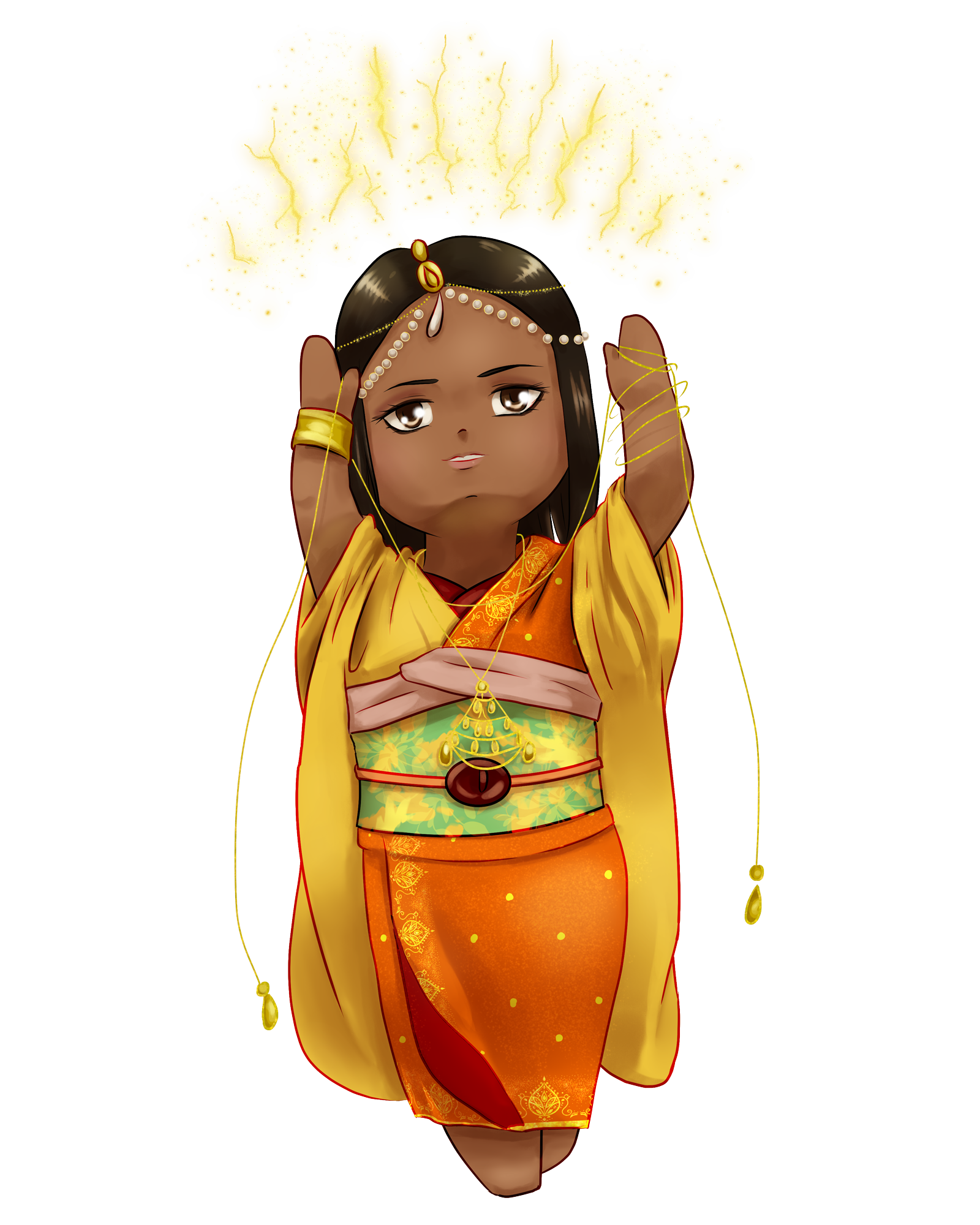 This is number four in a set of seven I'm working on. Of all of them, Aishwarya has seen the most changes. At first her hair was even in an Edo period chairstyle with the waxed crown.

After I finalized her identity I decided to have some fun with her kimono design. I was inspired by someone online to design it like a sari. A friend of mine wants me to take it further, which I will do. I can give her a blouse later, and use this kimono as the wrap.

The original ink drawing has a sheer top wrap over everything, but I decided to exclude it for the time being. Her mouth was also closed before, instead of the coy parting of her lips here.